J.Lo and Shakira’s Super Bowl Show Is a Complex Cause for Celebration 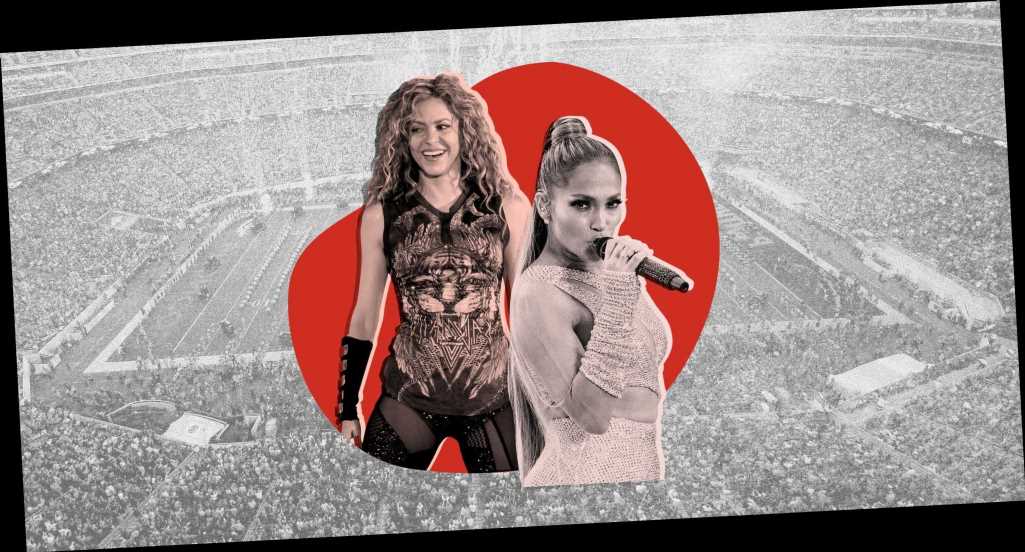 When it comes to the Super Bowl, my interest in the ultra-American, televised spectacle has always been minimal. Though I stem from a football-loving family (my mother often screamed louder than my father and brother when her favorite team scored the winning touchdown), my adolescent self would groan and roll my eyes within the comfort of my childhood bedroom during “the big game.” Regardless of my inherently indifferent feelings surrounding the sport, however, I lived for the annual halftime show during which some of my favorite artists of my youth—Beyoncé, Lady Gaga—delivered stellar, 20-minute long productions that tested the limits of live performance artistry. The Super Bowl Halftime Show is a universal stage reserved for pop stars of the finest caliber. And this weekend’s lineup—starring Jennifer Lopez and Shakira—for Super Bowl LIV is no different.

There are few modern-day, female Latinx performers with as much influence, power, and cultural relevance as Lopez and Shakira, which makes their upcoming, anticipated performance deemed all the more worthy.

Musically, the two women have cemented a Latinx presence on the mainstream Billboard charts and American airwaves that never existed as prevalently with their predecessors. Culturally, their existence as bona fide superstars who are unapologetically feminine, sensual, and business savvy have redefined societal stereotypes of Latinx women. The two entertainers are monumental symbols of the heights that Latinx women within the music industry can reach. But their joint decision to play this weekend’s Super Bowl Halftime Show presents a complex moment of celebration due to the National Football League’s tainted reputation following it’s mishandling of Colin Kaepernick’s unjust dismissal from the league.

The NFL’s public image has faltered in recent years, especially in the Trump era, following Kaepernick’s 2016 ousting (which began with the San Francisco 49ers quarterback kneeling during the national anthem), and the debate that followed over the place politics and race have in professional sports. Since Kaepernick’s involuntary exit, the league has scrambled to find ways to appease disillusioned football fans despite failing to show it cares about the political and cultural concerns of its Black and brown players. In a move clearly orchestrated for damage control, the NFL inked a partnership with rapper and music mogul Jay-Z and his record label, Roc Nation, in August last year.

Going to set the world on 🔥🔥🔥 @shakira #PepsiHalftime #SuperBowlLIV @pepsi

Per the deal, Jay-Z would begin curating the Super Bowl Halftime Show performers. His first selections as the musical director were Jennifer Lopez and Shakira. While the two superstars shared their excitement over the announcement with coordinating tweets and Instagram posts, cultural commentators quickly interpreted the selection of two Latinx women to perform at the halftime show—during a time when Black artists like Rihanna and Cardi B (who identifies as Afro-Latina), and a pre-NFL-deal Jay-Z had turned down the opportunity—as a calculated attempt to coerce POC viewers back to engaging with the Super Bowl.

So when the news broke of J.Lo and Shakira’s upcoming joint performance, my initial reaction was one of elation. Two women I grew up listening to would perform on the same global stage representing Latinx women everywhere? It sounded perfectly tailored to my very existence, considering the two artists were played in heavy rotation throughout my coming-of-age. Even more so, considering that for the longest time, Lopez and Shakira were some of the only examples of mainstream Latinx representation the world really had. What I hated to admit, however, was that the announcement also revealed the serious lack of political solidarity today between notable Black and Latino artists.

Is this a moment that truly showcases the power of these individual female performers?

While countless celebrities—like Zendaya, Common, and Ava DuVernay—have spoken out in support of Kaepernick being brought back into the NFL, Lopez’s and Shakira’s decisions to perform at the Super Bowl highlighted the fact that a Black man and athlete losing his job over his right to free speech and expression isn’t their problem. When Lopez was asked by GQ if she felt any conflicting emotions about her decision to perform in the midst of the NFL controversy, the singer simply replied with a no.

“I understand people not wanting to do it,” Lopez told the magazine. “Everybody has to make their own choices. They have to feel good about what they’re doing. I feel like it’s an amazing platform and one of the biggest in the world to put out whatever message you want to put out there. I feel that it’s a great thing to have two Latina women in Miami headlining the Super Bowl, and what we could do with those 12 to 14 minutes to make people understand our worth and value in this country. … I think it could be a really beautiful celebration.”

To be clear, Lopez’s explanation technically isn’t wrong. Before her and Shakira, Latinos who’ve performed at the Super Bowl Halftime Show were limited mostly to Bruno Mars, Gloria Estefan, Arturo Sandoval, and Christina Aguilera, with Mars and Estefan being the only solo headlining performances. Latinos absolutely deserve a global moment of recognition for their countless contributions to music and culture, but the accomplishment loses its merit when it comes at the expense of another minority group. 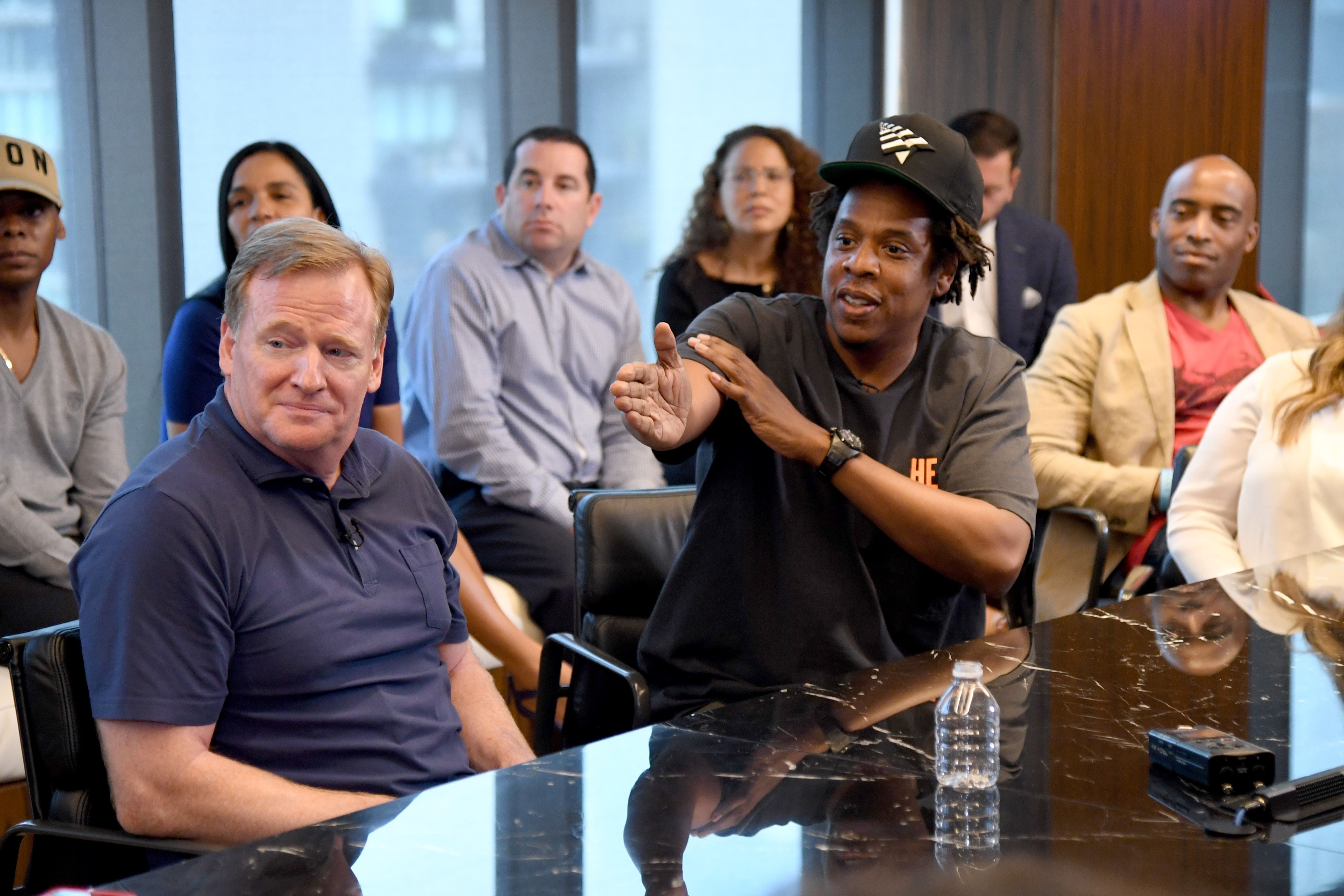 “We are not only discussing race, but we are also discussing how hyper-wealthy celebrities, more often than not, choose profit over people,” wrote Melania-Luisa Marte for Remezcla of the Lopez–Shakira announcement. “It would’ve been a truly powerful moment for the Latinx community if two white-passing Latinas with the social and economic capital of J.Lo and Shakira had stood up and aligned themselves as allies to the Black community and rejected an offer to perform at the Super Bowl. Unfortunately, moments like these continue to prove that there is a lack of solidarity within Latinidad and much of it has to do with race.”

Waiting for my cue like … Only 🔟 days until #SuperBowlLIV! ✨🏈 ✨ The countdown is on. Are you ready? #PepsiHalftime #SBLIV @guess @niyamasol

One has to wonder if Lopez and Shakira understand the depth behind the decision to grant them access to star on one of television’s biggest global stages. Is this a moment that truly showcases the power of these individual female performers? Or is it a glamorous facade being used to conceal the NFL’s political faults?

“The decision to go with a safe lineup in Miami isn’t J.Lo’s or Shakira’s fault. Nor is it completely Roc Nation and Jay-Z’s problem. This is the NFL’s cross to bear, no matter how much the league attempts to divert attention elsewhere,” wrote The Undefeated culture writer Justin Tinsley. “A partnership with a legendary rapper, an announcement of global pop stars at the next Super Bowl halftime and a commitment of close to $90 million for social justice efforts so far have not erased the ban on Kaepernick. And that’s nobody’s fault but the NFL’s.”

Lopez and Shakira’s Super Bowl moment will absolutely be a musical moment to remember. What it won’t be—contrary to the NFL and Roc Nation’s efforts—is a substantial solution to the NFL’s reluctance to acknowledge—and resolve—political race relations within the league. If anything, having two of the biggest Latinx superstars in the world take the halftime stage on Sunday is their greatest attempt at masking it.