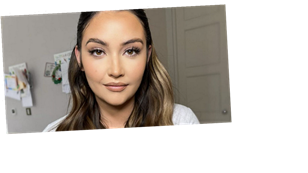 Jacqueline Jossa has opened up on the possibility that she could return to EastEnders, three years after leaving the soap.

Fans have continued to ask if and when Jacqueline, who recently admitted trolling is a “constant battle”, will return to the BBC soap.

Actress Jacqueline addressed fans’ hopes in an Instagram Live video and explained how she would be able to storm back onto Albert Square.

Speaking in the live video she explained, according to Digital Spy: “The timing would have to be right.

“It would only happen if all the Brannings came back at the same time. So EastEnders would have to want us all back.”

Jacqueline’s on-screen family, the Brannings, had their fair share of ups and downs during their time on Albert Square.

Lauren’s father, Max Branning, was the only remaining member of her immediate family on the BBC Soap. But Max, who was played by Jake Wood, left the soap earlier this year.

However, Lauren does still have some connections to the Square as her uncle Jack Branning, who recently got engaged to Denise Fox, is still living there.

Meanwhile, Lauren’s biggest link to Albert Square is her ex Peter Beale, who she shares son Louie with.

A storyline on the BBC soap last year saw Lauren get in touch with Peter after her house burned down in New Zealand.

Lauren begged Peter for financial support after the blaze left her homeless. The storyline appeared to tease a possible comeback for Lauren and her son Louie, but it wasn’t meant to be.

After leaving EastEnders in December 2017, Jacqueline, who recently bought her "forever home", was said to have been offered a return to the soap.

It was reported in 2019 that she had turned it down to compete on I’m A Celebrity… Get Me Out Of Here! which she went on to win.

A source told The Sun Online at the time: “Jacqueline had a few conversations with bosses about a big return four months before she entered the jungle and had a meetings after that.

“After weighing up her options she just felt the money wasn’t enough compared to what she could earn elsewhere.

“She loves EastEnders and thoroughly enjoyed her time on the show but Jacqueline is a very talented young woman and not just when it comes to acting. There are lots of strings to her bow and there's lots of things she wants to try, which she can't do when she's on EastEnders.”