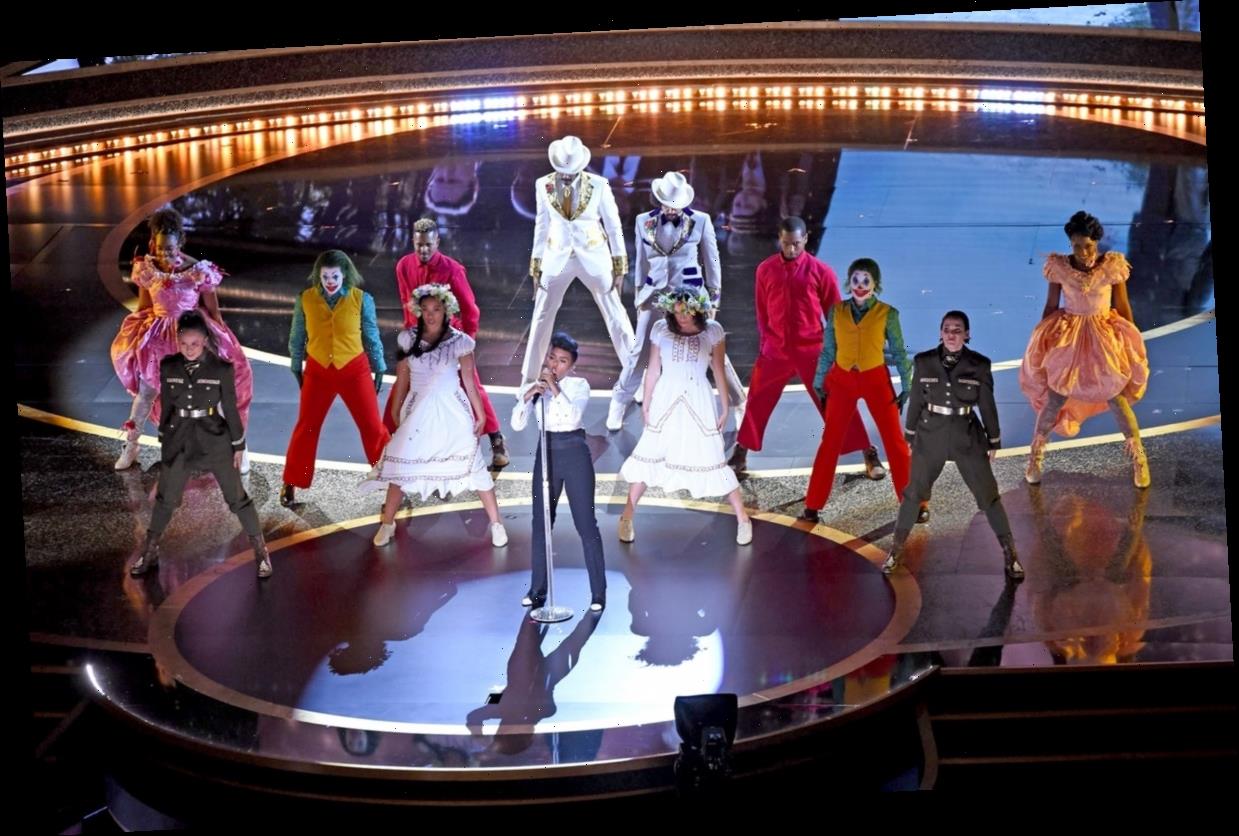 You can always count on Janelle Monáe to kick off an awards show in the best way possible: with an epic singing and dancing number. Janelle Monáe’s Oscar opener on Feb. 9 segued from a Mr. Rogers ballad into a mash-up with Billy Porter, and featured dancers dressed up as characters from films like Us to Midsommar to Dolemite Is My Name. While a fun, high-energy number, the performance also carried a strong message: the Oscars are still way too white.

The Electric Lady opened the show by serenading the theater with "A Beautiful Day in the Neighborhood," paying homage to the late Mr. Rogers (and giving a literal hat tip to Tom Hanks, who played the iconic figure in A Beautiful Day in the Neighborhood). She then quickly switched it up into a high-octane performance, with Pose star Billy Porter coming on stage to sing Rocketman‘s "I’m Still Standing" in front of a squad of costumed dancers.

In particular, Porter and Monáe paid tribute to Black History Month by highlighting several recently released films that featured Black actors and/or were made by Black creatives. The background dancers dressed in jumpsuits from Us, outfits from Queen & Slim, and suits from Dolemite Is My Name — all films that many feel were major snubs for the Best Picture category.

"I am so proud to stand here as a Black queer woman telling these stories," Monáe told the audience, likely referring to the fact that the Academy has consistently struggled to nominate films that reflect the diversity of the world at large. She also called out the Academy for not acknowledging any female filmmakers in the best director category.

"We celebrate all the women who directed phenomenal films," she said.