Lasso’s squad will be managed by Brendan Hunt’s Coach Beard, of course 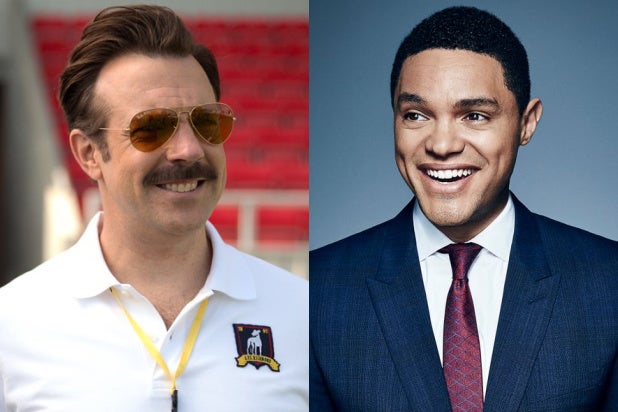 As if we didn’t already have a favorite, Lasso’s squad will be managed by Brendan Hunt’s Coach Beard from the “Ted Lasso” series and former NBCSN digital shorts.

The matches will stream live March 19 and 26 at 12:30 p.m. ET on the EA Sports FIFA Twitch channel and the EA Sports YouTube channel. Today’s episode will see Nicky Jam take on Becky G. Sudeikis vs. Noah is next Friday.

“Having previously no experience coaching soccer, or football if you will, I think Ted Lasso is the perfect candidate for dominating in an EA Sports FIFA esports competition,” Sudeikis said in a statement. “That said, Ted’s passion for competing and having Coach Beard at his side in support may just be enough for him to achieve esports glory in the world’s most popular sports video game. Never underestimate Coach Ted Lasso.”

“Growing up in Inglewood, California, lots of nights in the Gomez household were centered around watching football, and it’s something that brings us all together,” Becky G said. “I’ve been around EA Sports FIFA for years and am so excited to be able to compete against my friend Nicky Jam and give back to the FIFA community on this fun show.”

“EA Sports FIFA is one of my favorite games, playing it so much over the years,” Nicky Jam said. “I’m excited to be teaming up with the best esports star in the world in Fnatic Tekkz and can’t wait to compete.”

No statement from Noah. Perhaps he plans to make his statement on the pitch.

Bit of advice from us to Coach Lasso: maybe don’t pick AFC Richmond.

Below is the “FIFA Face-Off” schedule.

Readers can watch it all unfold via the live-stream video below.

“Ted Lasso” is currently in production on Season 2 in England. Sudeikis recently won a Golden Globe Award for his lead-actor performance in the excellent Apple TV+ comedy.