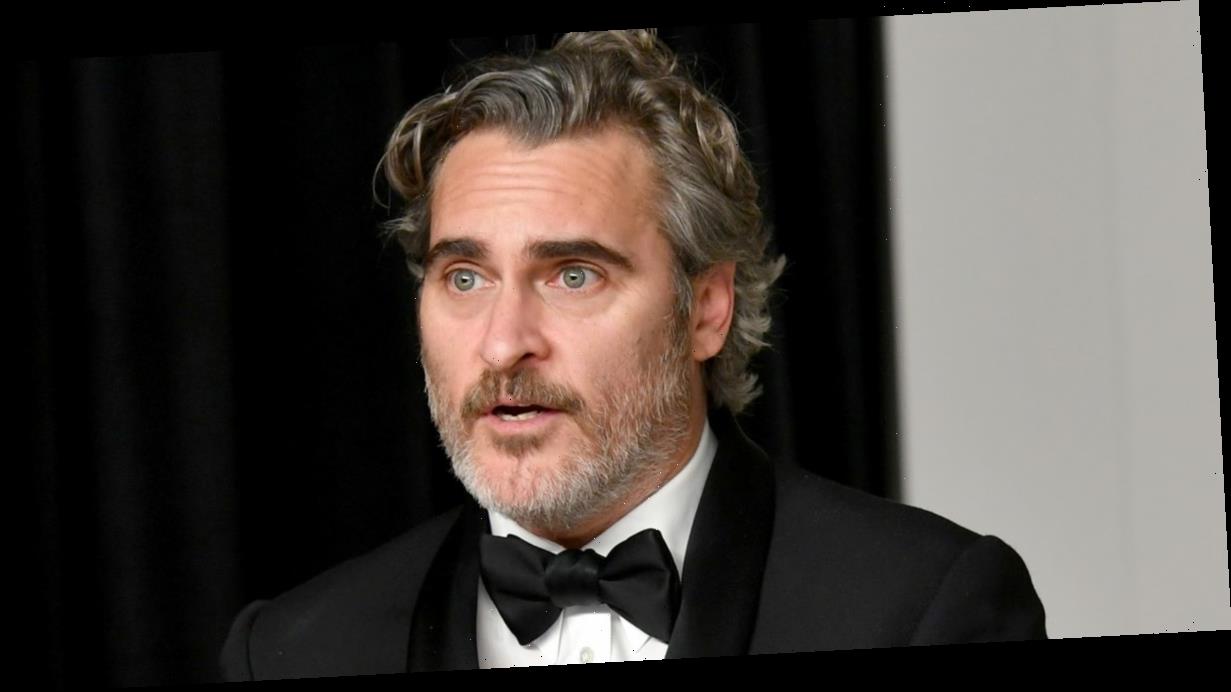 It was the most poignant moment of the Oscars.

Notoriously shy and painfully awkward, Joaquin Phoenix thanked the Academy for his Best Actor award for The Joker this week.

Then came a rare public mention of a tragedy he has spent a career trying to bury.

“When he was 17, my brother wrote this lyric,” the 45-year-old star muttered. “He said: ‘Run to the rescue with love and peace will follow.’”

It’s a line from the aptly named song Halo, written by his older brother River Phoenix, the one-time stand-out star of their hippie family who, a year after penning the tune, was nominated for his first acting Oscar for 1987’s Running on Empty.

Just six years later, on October 31, 1993, Joaquin’s voice became infamous across America. Not because of his own burgeoning career but because every news channel was playing his desperate 911 phone call.

“It’s my brother. He’s having seizures… Please come here” the then 19-year-old could be heard pleading. “Please come, he’s dying.”

We would later learn River, then 23, was convulsing on the pavement outside Johnny Depp’s LA club The Viper Room, overdosing on a heroin and cocaine speedball handed to him by an unnamed “guitarist friend”.

The ambulance did arrive but River never came round.

Years earlier, the Phoenix family, whose real surname is Bottom, had gathered for a family photo full of wholesome hopeful smiles. But behind the happy facade is where the roots of this tragedy lie.

The image shows the young Joaquin, then nine, beaming with River, 13, parents John and Arlyn and sisters Rain, Summer and Liberty.

With textbooks scattered across the table, the shot from their LA home in 1983 gives the Phoenixes a Brady Bunch air. Yet that could not be further from the truth.

Five years earlier the family had fled Venezuela, where John and Arlyn were archbishops in the infamous religious sex cult Children of God, which has since been investigated by the New York Attorney’s Office and FBI over child sexual abuse claims. John and Arlyn were not implicated in any wrongdoing.

It was a start that some fear has haunted the children for life – leading River into drugs and Joaquin into darkness, a “self-pity” as he said in his Oscar speech, not dissimilar to that of Joker character Arthur Fleck.

Their parents became involved in the sect in 1972 – when River was two – after coming across a commune while travelling through Crockett, Texas, in their Volkswagen van.

John and Arlyn found a sense of belonging with the sect, thanks to its timely mix of Christianity and free love.

They went on to run their own centre in Colorado and then into Latin America, having more children along the way (Joaquin was born in Puerto Rico in 1974).

But the sect wasn’t as innocent as they first thought. Leader David Berg had begun the movement in 1968 in California – no doubt mopping up the teen hippies not already under Charles Manson’s Helter Skelter spell.

By 1971 it had 1,500 members and 69 colonies, including one which was home to the family of #MeToo campaigner and actress Rose McGowan.

Later that decade it would have 10,000 members, including communes in Britain.

Berg preached about the importance of sexual freedom, even making it part of the sacrament.

He claimed the Bible was supportive of incest and adultery, and encouraged women to have children by multiple men and men to have multiple wives, all in preparation for an apocalypse.

Children were also viewed as sexual objects and allegedly encouraged to “play” sexually with other children and adults from a young age.

All families in the sect were isolated from the outside world. There was no TV or school.

And often there was no food. River and his sister Rain were regularly sent out on the streets to sing and busk for money so the family could eat.

According to Phoenix biographer Gavin Edwards, one letter from Berg – renamed Moses – to his archbishops said: “We have a sexy God and a sexy religion with a very sexy leader and a very sexy young following.

“So if you don’t like sex you better get out while you can.” In 1976, Berg issued another letter. This one suggested that female members should sleep with men to attract them into the sect, a process he dubbed “flirty fishing”. This was the final straw for the Bottoms.

They threw themselves on the mercy of a local vicar, spent a year living in an empty caretaker’s shack until, too poor to afford flights, they eventually convinced a cargo ship crew to take them back to the US.

Eventually ending up in Hollywood, they spent a few years busking as a sibling singing group, moving “about 30 times”, until Arlyn landed a job as assistant to NBC’s casting director.

She got the children to meet agent Iris Burton, who set them on the path to fame and still steers Joaquin’s career.

But how did a childhood in the cult affect the Phoenix boys? Joaquin would have been just a toddler when the family left Venezuela but River
was six.

He once said he had lost his virginity aged four and claimed to be “celibate from the ages of 10 to 14”.

River’s close friend Corey Feldman described how the star had a relationship with an older woman on the set of 1986’s Stand By Me when he was 14, saying: “Sex was nearly all River could think about.”

Joaquin has been quick to defend his parents’ involvement in the cult, maintaining they left as soon as they realised what was going on.

“My parents were never negligent,” he said. Arlyn, now 75, later said of Berg: “The guy running it got crazy.” John Phoenix, who Joaquin now bears an uncanny resemblance to, eventually moved to Costa Rica before dying around five years ago.

In his book Last Night at The Viper Room, Gavin Edwards claims John stated Berg “may have been a sexual pervert but is a better man than most”.

Whatever the truth, there was no doubting their unconventional upbringing made the Phoenixes stand out in Hollywood. After movies such as A Night in the Life of Jimmy Reardon, River was the breadwinner.

But he predicted that Joaquin – who changed his name to Leaf for a few years to sound more like his siblings – would be the bigger star.

After the simple life of the commune, River found himself uncomfortable with fame and was soon seduced by drugs and alcohol, which led to that fateful night at Johnny Depp’s club.

Some might argue Joaquin was cut from the same cloth. Like, River, he certainly seems to feel the pain of the world. But he has found solace in his three-year relationship with A Ghost Story actress Rooney Mara.

And just like Arthur Fleck, he is misunderstood, with a reputation for being difficult to work with that is more the determination to play the part to his best.

He was so “method”, he barely spoke to co-star Robert De Niro on the set of Joker, despite him being his hero – because he claimed their characters would not speak.

And his adult roles can be categorised as dark, dark and dark – from a teenager seduced into committing murder in 1995’s To Die For to the twisted emperor in Gladiator, Johnny Cash in Walk The Line, and comic book villain Joker.

Could his early start in Children of God have played a part? Or is it still the pain of watching his brother that night at The Viper Room? “I try not to f***ing think about that,” he has said.

It’s what made his Oscar tribute to River all the more special.

And in finally picking up the award his brother never won – just down the road from where River died – Joaquin looks to have proved him right about becoming the bigger star.