Australia’s jobless rate fell to 6.4 per cent in January as 29,000 jobs were created across the country to start the new year despite a string of state-based COVID lockdowns.

The Australian Bureau of Statistics on Thursday reported the jobless rate edged down by 0.2 percentage points, with solid falls in the nation’s two largest jobs markets, NSW and Victoria. 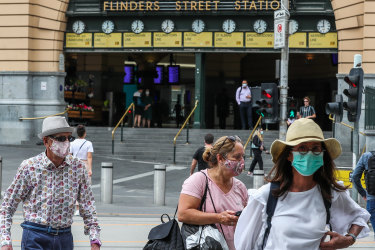 Despite lockdowns across parts of the country, Australia’s jobless rate dropped in January to 6.4 per cent.Credit:Getty Images

Economists had been expecting 30,000 jobs to be created through the month, with an unemployment rate of 6.5 per cent.

“After a tough 2020, more Australians than usual took leave in the first two weeks of January, particularly full-time workers,” Mr Jarvis said in a statement.

“This fall in hours worked is different to the falls across April and May 2020, which resulted from the restrictions in the labour market, rather than people taking leave.”

There was a fall of 86 million hours worked over the month, or about 5 per cent, over January.

Mr Jarvis said this figure “reflects some ongoing effects of recent lockdowns in Sydney and Melbourne”.

The biggest fall in unemployment occurred in Tasmania, dropping by 1.1 percentage points to 5.9 per cent.

But it jumped by 0.7 percentage points in both South Australia (to a national high of 7.1 per cent) and in the ACT which still has the country’s lowest jobless rate of 4.4 per cent.

There were 3.7 million employed people who worked fewer or zero hours due to annual leave, holidays or other leave arrangements in January.

But there were also 102,900 employed people who worked zero hours for economic reasons.

In December, there were 64,700 workers who had zero hours of work over the month for the same reason.

While there were shutdowns over the Christmas and New Year’s period and restrictions on travel, the ABS said the 40,000 rise is in line with what was seen in January 2020 before the pandemic.

Get our Coronavirus Update newsletter

Stay across the news you need to know related to the pandemic. Sent Monday and Thursday. Sign up here.