Joe Biden is officially President of the United States. On Wednesday, Jan. 20, the Pennsylvania native stood on the steps of the U.S. Capitol to take the oath and replace President Donald Trump as Commander in Chief. He was surrounded by first lady Jill Biden and, of course, celebrities who performed like Lady Gaga, Jennifer Lopez, and Garth Brooks. But one of the most memorable moments felt like a throwback. Joe Biden and Barack Obama’s fist bump at the 2021 inauguration will make you recall their bromance — and it was so fun to watch.

Moments after his swearing-in over his family Bible, Biden delivered a (rather normal) speech that established the coronavirus pandemic (and the challenges it presents) as his administration’s greatest priority. After stating that the virus "silently stalks the country," he added, "It’s taken as many lives in one year as America lost in all of World War II. Millions of jobs have been lost, hundreds of thousands of businesses closed." In addition, Biden made it clear he plans to tackle racial injustice and deep divides that became even more apparent under President Donald Trump’s administration.

And though his message was both somber and optimistic, his brief encounter with Obama shows he’s a president unafraid to crack a joke. 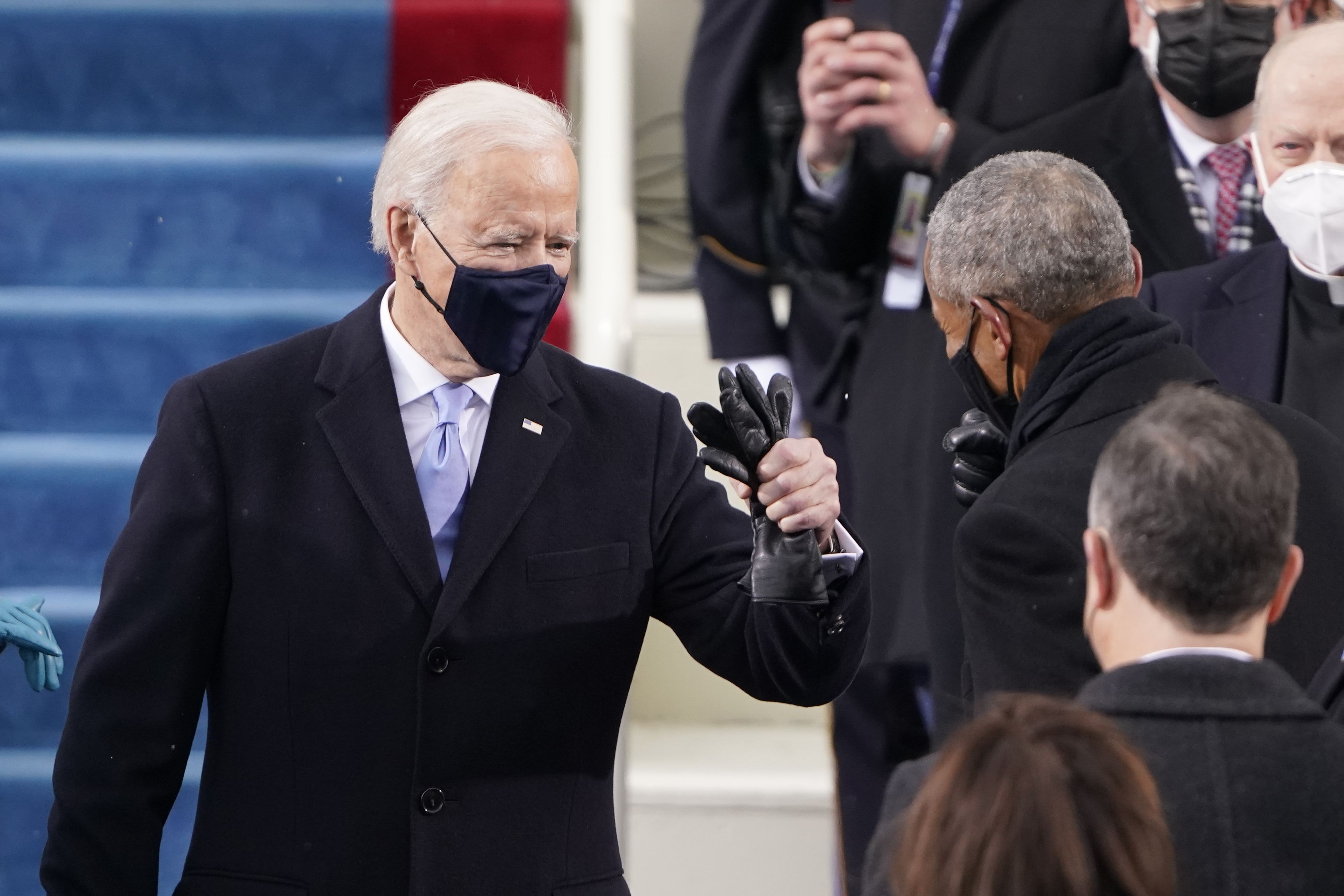 Clearly smiling beneath their masks, Biden and Obama shared a fist bump as he and Jill were introduced outside the Capitol’s chamber.

So did the two suddenly drum up a buddy-buddy relationship? Not quite. Biden served as vice president during Obama’s eight years in office, proving to be his trusted colleague and loyal friend. In fact, Obama’s respect for Biden runs so deep the former president granted Biden the Presidential Medal of Freedom with Distinction back in 2017. If that’s not a sign of true friendship, well then, a fist bump certainly is.

On Wednesday, Jan. 20, Obama also kicked off the day by sharing a touching photo of his former VP on Twitter. "Congratulations to my friend, President @JoeBiden! This is your time," he wrote.