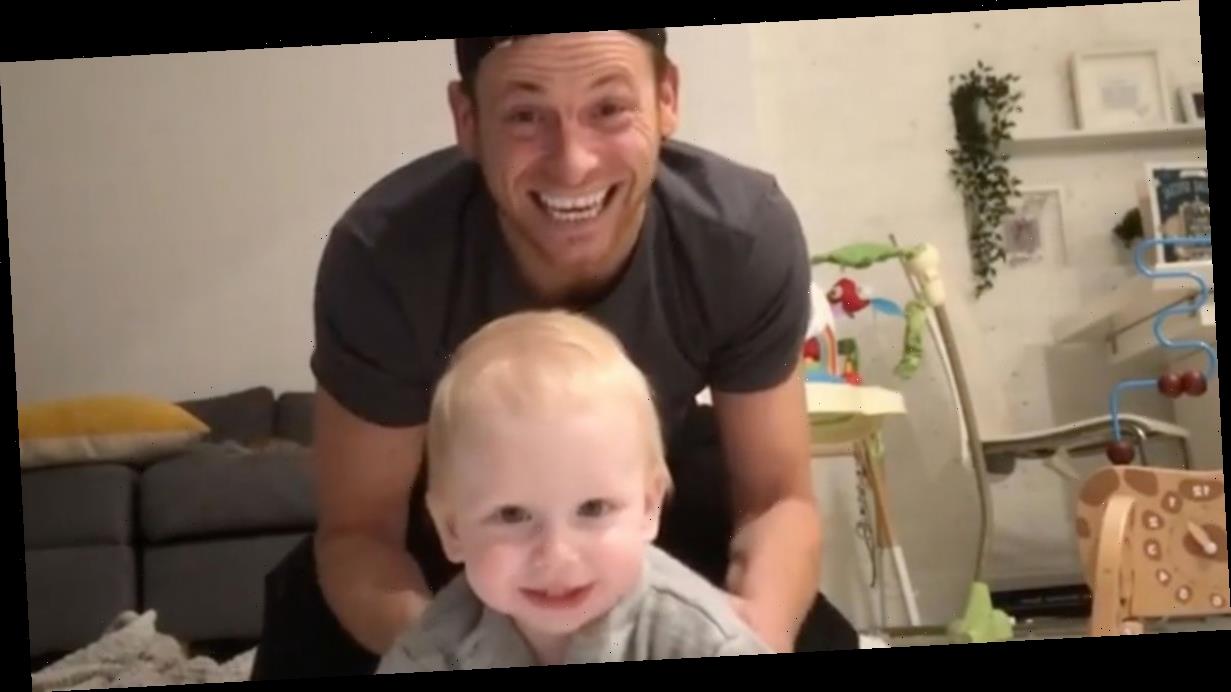 Joe Swash, 38, has delightedly announced that his baby with Stacey Solomon, Rex, is now crawling.

He posted an adorable video on his Instagram as the eight-month old began to crawl.

Father and son look the spitting image of each other as they both giggle in the video, with proud mum Stacey, 30, leaving a cute comment.

"That's our pickle," she wrote, alongside a love heart eyes emoji and a crying face emoji, showing it was an emotional moment for the mum-of-three.

Rex, who was born in May 2019, beams into the camera as he crawls across the floor, with his dad cheering him on in the background.

As Rex reaches the camera he grabs it – and Joe then picks it up and grins into it, evidently overjoyed at his son's progress.

Joe's famous pals commented on the sweet video, including his Dancing On Ice co star Perri Kiely, who left a love heart emoji, as did Joe's skating partner Alex Schauman.

Mum-to-be Lydia Bright from TOWIE wrote "yay", while Love Island's Tyla Carr wrote "arghhhhh!!! That's so cute!!! I had to entice Archie with a phone to make him crawl", referring to her young son.

Stacey and Joe have been together since 2016, and Stacey also has Zachary, 11, and Leighton, seven, from previous relationships.

Joe recently revealed an insight into his sex life with Stacey as he made a joke about his kinkiness during an appearance on CelebAbility.

He hilariously teased intimate details about his "lack" of sex life as he joked about accepting anything "at the minute."

The power couple appeared on Iain Stirling 's new series of CelebAbility and awkwardly picked opposite answers when the Scottish funnyman questioned who was the kinkiest in the relationship.

Stacey laughed as Joe cheekily held up his answer and admitted to his kinky desires but left the audience in fits of giggles as she insisted she just likes "normal".

Stacey recently has revealed what baby Rex got his dad Joe for his birthday — and it's completely adorable.

The Loose Women host arranged for their Rex to gift Joe a flat cap for his birthday.

But what made it even more cute was that she'd bought little Rex the miniature version so she could match.

Stacey took to Instagram on Tuesday night to post photos of them wearing their twinning hats, and it melted the hearts of her two million followers.

In the snap the father and son duo beamed for the camera as they showed off their presents.