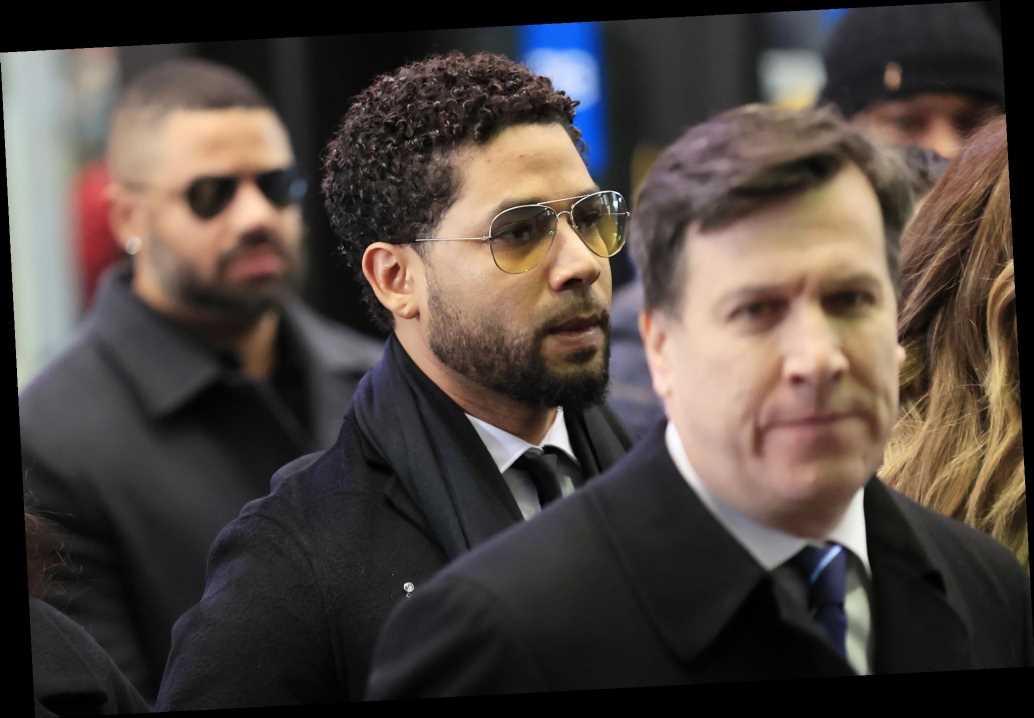 CHICAGO — Jussie Smollett faced a judge Monday for allegedly staging a hate crime against himself — exactly one year and three days after his first arraignment in the same case.

The embattled “Empire” star’s legal team entered a not guilty plea on his behalf to charges of disorderly conduct during his brief appearance before Cook County Judge James B. Linn, and the actor was released on a $20,000 bond.

“You need to come back to court and you’re required to do so,” Linn asked the stone-faced thespian. “Do you understand?”

Smollett nodded, but did not speak throughout the hearing.

Smollett, 37, is facing Lady Justice once again after a special prosecutor ordered to re-examine the case brought fresh charges against him for allegedly paying two brothers to stage an attack against him on a frigid night in January last year.

The fallen actor, who was officially cut from “Empire” last month, appeared solemn as he faced a judge in a nightmarish case of déjà vu.

He wore a black coat and scarf, gray blazer and cream sweater, and was accompanied in court by his lawyer, Tina Glandian.

An entourage of about 10 friends and relatives, including his brother and sister, was also on hand.

The public proceedings played out following a nearly 40-minute, closed-door conference between an assigning judge, Smollet’s legal team and prosecutors.

The long road that brought Smollett back to the George N. Leighton Criminal Courthouse started with a series of ethical blunders from Cook County State’s Attorney Kim Foxx, and her office’s decision to drop charges against Smollett with little explanation last March.

The move led to widespread public outcry, a civil lawsuit demanding Smollett pay back $130,000 in police overtime costs spent investigating his case and eventually to a petition from a fiery retired appellate judge who demanded the case be reopened and assigned a special prosecutor.

Judge Michael Toomin, who heard retired appellate judge Sheila O’Brien’s petition, eventually sided in her favor and ordered a special prosecutor to re-investigate the case and examine why charges were dropped to begin with.

That investigation has been underway ever since, and has included two sweeping subpoenas requesting Google turn over a trove of Smollett’s data, including emails, browsing history and even drafted and deleted messages — data that wasn’t previously part of the Chicago Police Department’s investigation.

Last year, Chicago cops relied heavily on testimony from the two brothers at the heart of the saga — Abimbola “Abel” Osundairo and Olabinjo “Ola” Osundairo — who were in court on Monday, wearing all black and matching scowls.

“They want to support the process,” said the siblings’ lawyer, Gloria Schmidt. “Their life has been on hold for the last year.”

The Osundairo brothers were originally arrested for attacking Smollett after cops allegedly traced them to the scene of the crime and uncovered video showing them purchasing a red hat and a rope — two of the main props used in the attack — using Chicago’s sprawling surveillance camera system.

But after the brothers remained silent for 48 hours while in custody, their lawyer Gloria Schmidt swooped in and soon they were telling cops the attack was nothing but a ruse concocted by Smollett and designed to get him a higher salary on the set of “Empire” by lifting his public profile. The brothers were then released without charges.

Police say they corroborated the brothers’ story using cell phone location data, surveillance cameras and text messages obtained from the their devices — even as Smollett’s lawyers claimed Schmidt cooked up the story as a last-ditch effort to get her clients out of jail.

Smollett’s attorneys have long maintained the evidence against the actor is weak and believe there was a third attacker the police department never investigated because it didn’t fit the Osundairos’ story.

They claim the money Smollett paid the brothers was for personal training sessions and when the actor sent a text message to Abel Osundairo asking for his “help on the low,” it was for illegal steroids to help him get fit quick for an upcoming role, not for help staging a hate crime.

Smollet’s attorneys have filed a countersuit against Chicago, saying he was the victim of “malicious prosecution.”