Kanye West’s apology was accepted by Soulja Boy, who texted Ye back and said he just wanted a heads up that his verse was being cut from ‘Donda.’

Kanye West and Soulja Boy are on good terms again. The A-list rappers had beef in August when Ye, 44, cut Soulja’s verse from “Remote Control,” a track off of Kanye’s DONDA album. Soulja, 31, was not happy about it, and even went as far as to bring up Kanye’s estranged wife, Kim Kardashian, when he trolled the fellow rapper. But on Nov. 9, Kanye decided to text Soulja and offer an apology, which the “Crank That” rapper graciously accepted.

Kanye documented his and Soulja’s text exchange on Instagram on Nov. 10. The dad of four started off the conversation by sending a message that read, “Yo It’s Ye. Love you bro. I should have told you I wasn’t gonna use the verse.” Over an hour later, Soulja responded and officially put an end to this celebrity rivalry. “Love you too bro. That’s all I wanted,” he said.

Other music artists were very happy to see Kanye and Soulja move past their issues. Singer Grand Khai commented on Kanye’s post, “Gotta love ye,” followed by a second comment that read, “crank that ye coming soon???” DJ Don Diablo called the conversation “growth,” while fans applauded Kanye for taking the initiative and referred to him as the “GOAT.” They even used goat emojis to get their point across! 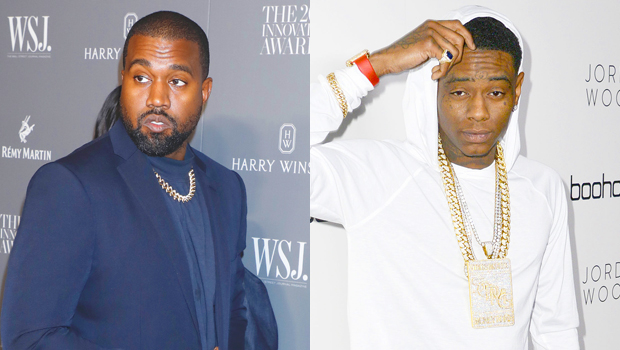 Soulja first came for Kanye over the verse drama on Aug. 30, after Chris Brown was similarly upset with Ye for allegedly cutting his verse from “New Again.” Soulja referred to Kanye as a “p-ssy” and a “Lame ass n—-” who “thought he could be the president” during his Twitter rant. He also brought up Kanye’s ex, claiming that this is “why” Kim, 41, “left yo bipolar ASS.” Soulja then tweeted, “I was the first rapper with [Kim Kardashian], not u,” along with throwback photo of him and Kim, apparently taken in the late 2000s. The “Kiss Me Thru the Phone” crooner also challenged Kayne to a fight, though that obviously didn’t come to fruition.

Kanye’s DONDA hit streaming services on Aug. 29, and afterwards the rapper claimed that his label – Universal Music Group – released the album without his permission. Soulja responded to that by calling it “cap” [a lie], while Chris also blasted Kanye for being left off DONDA. We now know that Kanye and Soulja are all good, but it remains to be seen if Chris is still unhappy with Ye.