Kate Garraway, 53, was joined by her co-stars Ben Shephard and Richard Arnold on Good Morning Britain as they discussed their colleague Ranvir Singh’s stint on Strictly Come Dancing. The trio dished on their pal’s “sizzling chemistry” with professional dance partner Giovanni Pernice.

Kate opened up about a specific moment between them that left the ITV presenter “in tears”.

The GMB host praised Ranvir for her saucy moves during the Cha-cha-cha on last week’s episode of Strictly.

Showbiz correspondent Richard was quick to note: “You cannot dispute the sizzling chemistry between them”.

“When you say bringing the passion, it feels like something’s been lifted, she’s getting more and more good, isn’t she,” Ben commented. 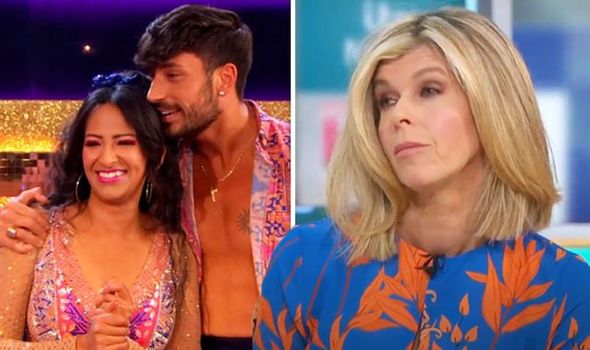 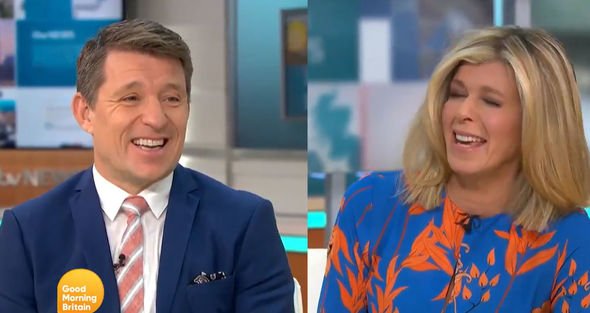 The GMB host explained that she felt Ranvir was “being released” from something.

Kate said: “I was in tears last week watching her because it just feels like she’s being released from something.

About this week’s dance, the Argentine Tango, Kate added: “She’s going to be amazing.”

It comes after rumours swirled about Ranvir and Giovanni’s chemistry on Strictly Come Dancing.

Although the GMB presenter has ruled out any romance with the Italian dancer, it didn’t stop Ranvir gushing over Giovanni’s talents.

She told OK! Magazine: “It doesn’t matter whether I’m in the room or not, he’s sizzling away! 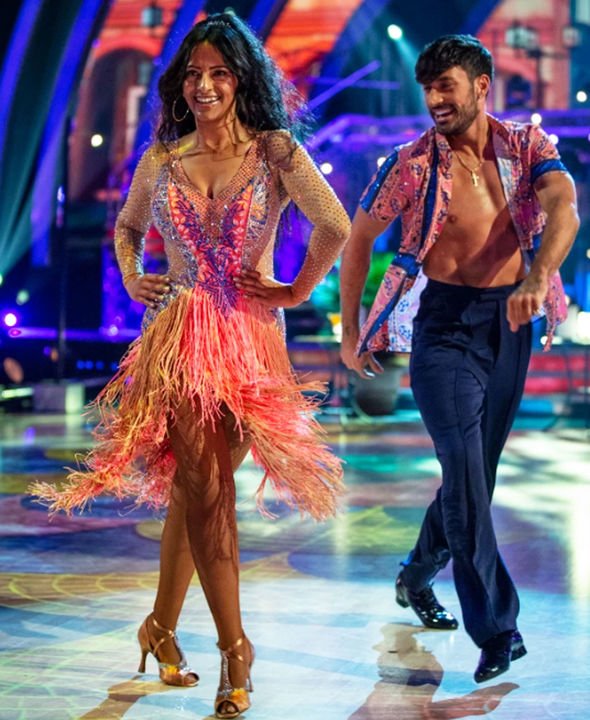 “The dances are all about being romantic and, of course, we have to make them convincing.”

Meanwhile, Kate gave viewers an update on her husband Derek Draper who remains in intensive care following his health battle with Covid-19.

The mother-of-two admitted she felt “physically sick” thinking about being alone with the couple’s two children, Darcey and Billy.

“I’m conflicted about Christmas, I’m going to be honest with you,” she told Ben.

“I feel physically sick, actually, and I can just feel my chest tightening at the thought of it, in a total panic about the idea of Darcey, Billy and myself, on our own at Christmas.

“Unable to visit Derek, because of potential restrictions, and that huge emotional hole and I don’t know how to fill it without grandparents, without friends helping to fill it.”

Good Morning Britain airs weekdays on ITV at 6am.