Kate Middleton Is Reportedly ‘So Happy’ To Have More Royal Duties 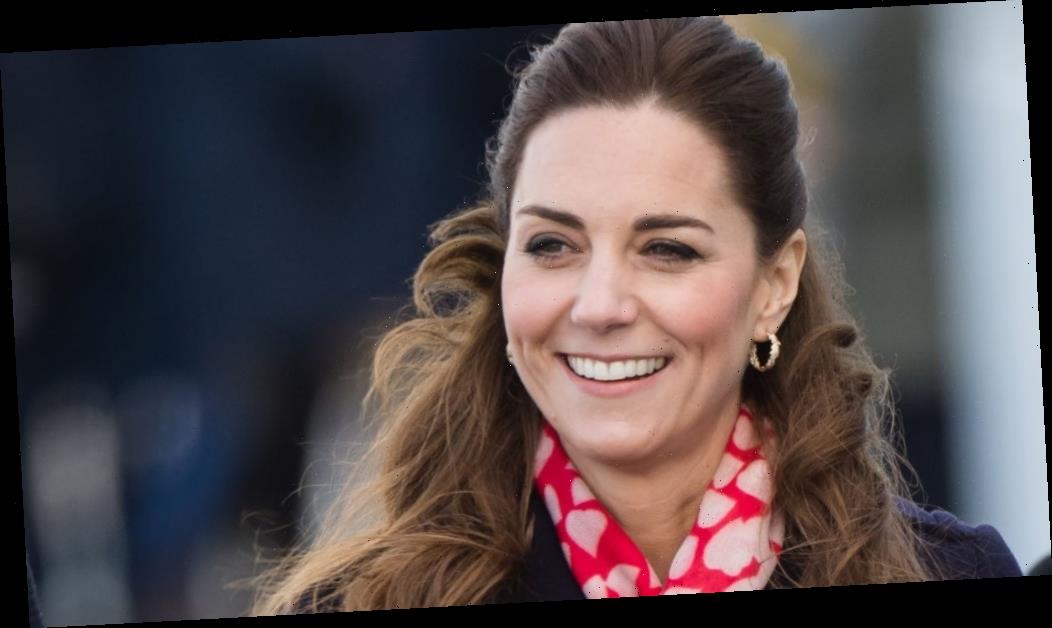 According to various outlets, Kate has been worried about staying close with Harry and concerned that her children won't get to see enough of their cousin Archie. But if there's one silver lining to all of this, it's that Kate is reportedly "so happy" to have a more prominent voice in royal charity work and the goals of the Royal Foundation, an organization she can play a bigger role in now that Harry and Meghan have moved to Canada.

The Duchess of Cambridge took her UK-wide landmark ‘5 Big Questions on the Under 5s’ survey to Northern Ireland and Scotland yesterday, following visits to Birmingham, Cardiff, Woking and London last month. #5BigQuestions 📋 . The survey aims to spark a national conversation on the early years that will ultimately help bring about positive, lasting change for generations to come. 💬 Join the conversation by filling out the survey, linked in our highlights. It has been designed to bring together the thoughts of as many people as possible – recognising that everyone has a role in ensuring strong, healthy foundations for the youngest in our society that will positively affect their lifelong outcomes. Visit @kensingtonroyal to see where The Duchess visited in Belfast and Aberdeen. . 📸 © Kensington Palace

Insiders spoke to The Sun—so, take it with a grain of salt—and said that the Duchess of Cambridge is jumping into her duties with tons of enthusiasm. She's been on a tour of the U.K. promoting early childhood development and even opened up about her experiences as a parent, which give insight into how she might steer other initiatives the Royal Foundation tackles.

"Kate is extremely passionate about the work the Foundation does and she has ideas and plans for how she believes it can be used to help some of the causes which she is particularly passionate about," a source told The Sun. "In recent weeks Kate has visited a lot of organizations and spoke to lots of experts and has soaked a lot of information. She wants to use that to go out and bring about change to many of those who need support."

Today on #HolocaustMemorialDay, The Duke and Duchess of Cambridge met a number of Holocaust survivors, and survivors of subsequent genocides as part of the UK’s @holocaustmemorialdaytrust Commemorative Ceremony. ⁣ ⁣ The Duke spoke at the Ceremony, where he honoured those who risked their lives during the Holocaust to save others. ⁣ ⁣ HRH spoke about his great-grandmother, Princess Alice, who hid a Jewish family in her home in Athens until the end of the war. ⁣ ⁣ During the Service, 75 candles of Remembrance were lit to represent the 75th anniversary of the end of the Holocaust. ⁣ ⁣ Visit our story to hear from The Holocaust Memorial Trust’s Patron, The Prince of Wales, who wrote the foreword for the event’s programme. ⁣ ⁣ Images © Press Association

Previously, the Royal Foundation was a joint effort between William and Harry, and it represented causes they both felt strongly about. Kate joined when she married William, and Meghan began a part of the organization a few years later, which meant there were a lot of interests to balance.

"For years the Foundation’s work was a bit of a tug of war between what William and Harry wanted. Harry was very much focused on the military and his work with the Invictus Games," the source said. "Now, it is purely in the shape of how William and Kate want it to be.”

👦🏽👧🏼The Duchess of Cambridge has launched an online survey which will provide vital new insights into the nations thoughts and concerns on raising young children. Conducted by The Royal Foundation, the survey aims to spark the biggest ever conversation on early childhood that will ultimately help bring about positive, lasting change for generations to come. The Duchess kickstarted the launch of the survey during a visit to MiniBrum at Thinktank where she was shown around the interactive, child-sized mini-city by children who helped design the space and spoke to parents and carers about the survey. The launch was followed by countrywide visits to early years organisations, including a baby sensory class at the Ely and Careau Children’s Centre in Cardiff where she heard about the support that parents receive. At HMP Send, Her Royal Highness spoke to some of the women she met during a visit to the prison in 2015, who have since been successfully rehabilitated, released and are rebuilding their families, in addition to women currently at the prison. The Duchess heard about the work that the Forward Trust do at HMP Send in supporting clients to improve their relationships with friends and family, including reconnecting with children. Find out more and take part in the survey @KensingtonRoyal. 📸: @KensingtonRoyal and Press Association

Kate Middleton's expanding work at the Royal Foundation is reflective of how she's come into her own in recent years—something even Queen Elizabeth is said to be proud of. It's all shows how she is preparing to take the lead in the monarchy one day.

“She is an adoring mother, and she is contributing publicly in the way we would want her to," a source told People last September. "You see it more and more. The young student has turned into our future Queen.”