The musician’s wife took to Instagram Stories on Tuesday, sharing a screenshot from their flirty text exchange.

McPhee, 37, sent Foster, 71, a video of herself kneeling on a bed in an unbuttoned white shirt, lacy blue bra and black underwear.

“I’m an underwear model now,” she texted Foster, along with the video.

He added, “Hot mom-I tried u a bit ago but u are obviously busy stripping!! U look amazing!!! Wow!!!”

“Texts with the husband,” McPhee captioned the post, tagging her hubby.

Foster and McPhee began dating in the spring of 2017, but didn’t go public with their romance until attending the Met Gala together nearly a year later. 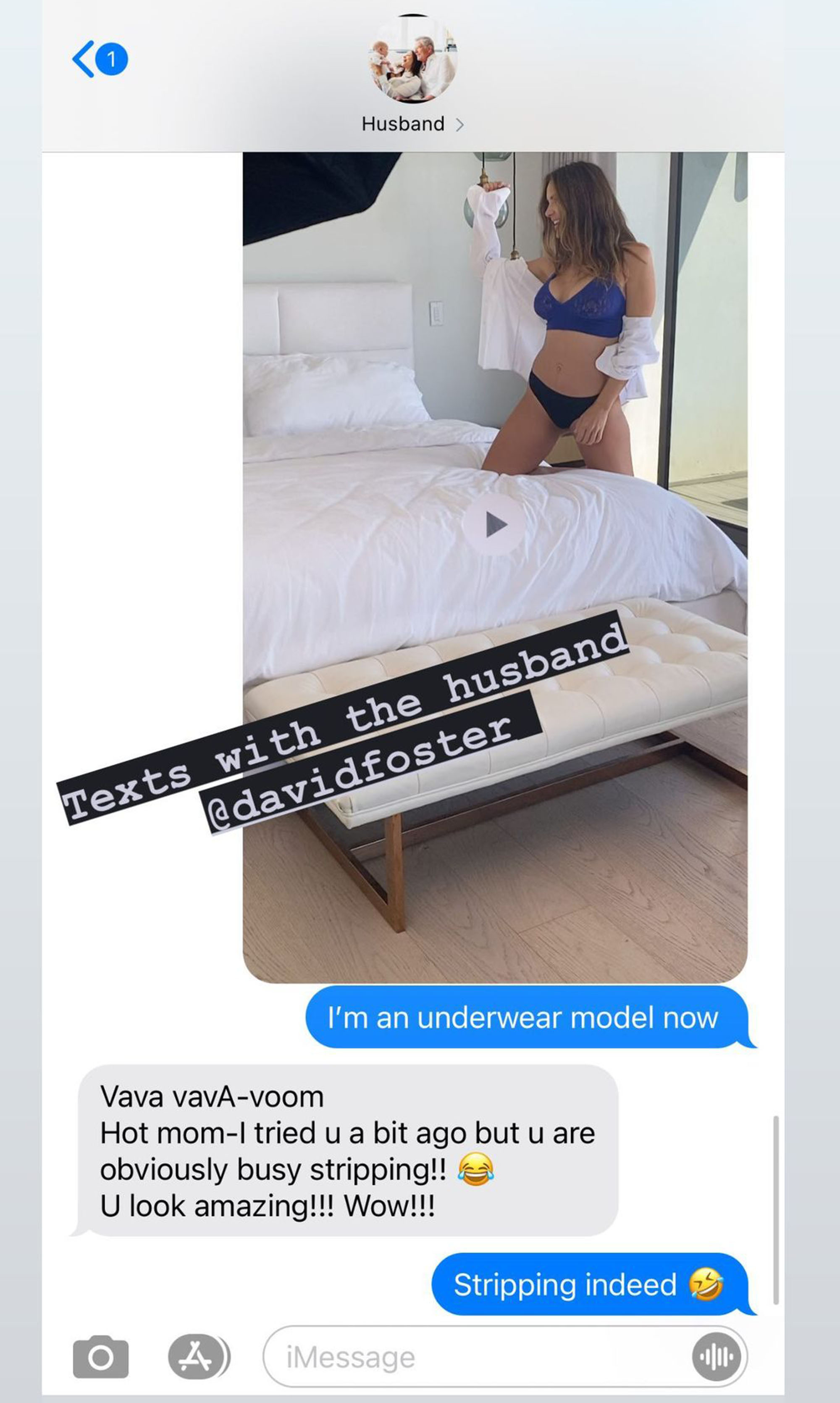 Foster then popped the question in July 2018. They tied the knot the following year and welcomed their first child together, Rennie, in February.

McPhee has previously — and succinctly — spoken out about their 34-year age gap, telling critics in August 2019,” Go f–k yourself.”

Foster shares daughters Erin, Sara and Jordan with ex Dyer, daughter Amy with Cook, and daughter Allison with an ex-girlfriend.

Amy slammed those criticizing her father’s relationship with McPhee during a 2018 interview with Page Six.

“It’s sexist to drag Kat and call her a gold digger, which people are doing, and have done, because Kat has a life and she makes her own money,” she said at the time. “They genuinely love each other. It really pisses me off as a feminist when I hear people saying that she’s with my dad because she’s trying to get something.”