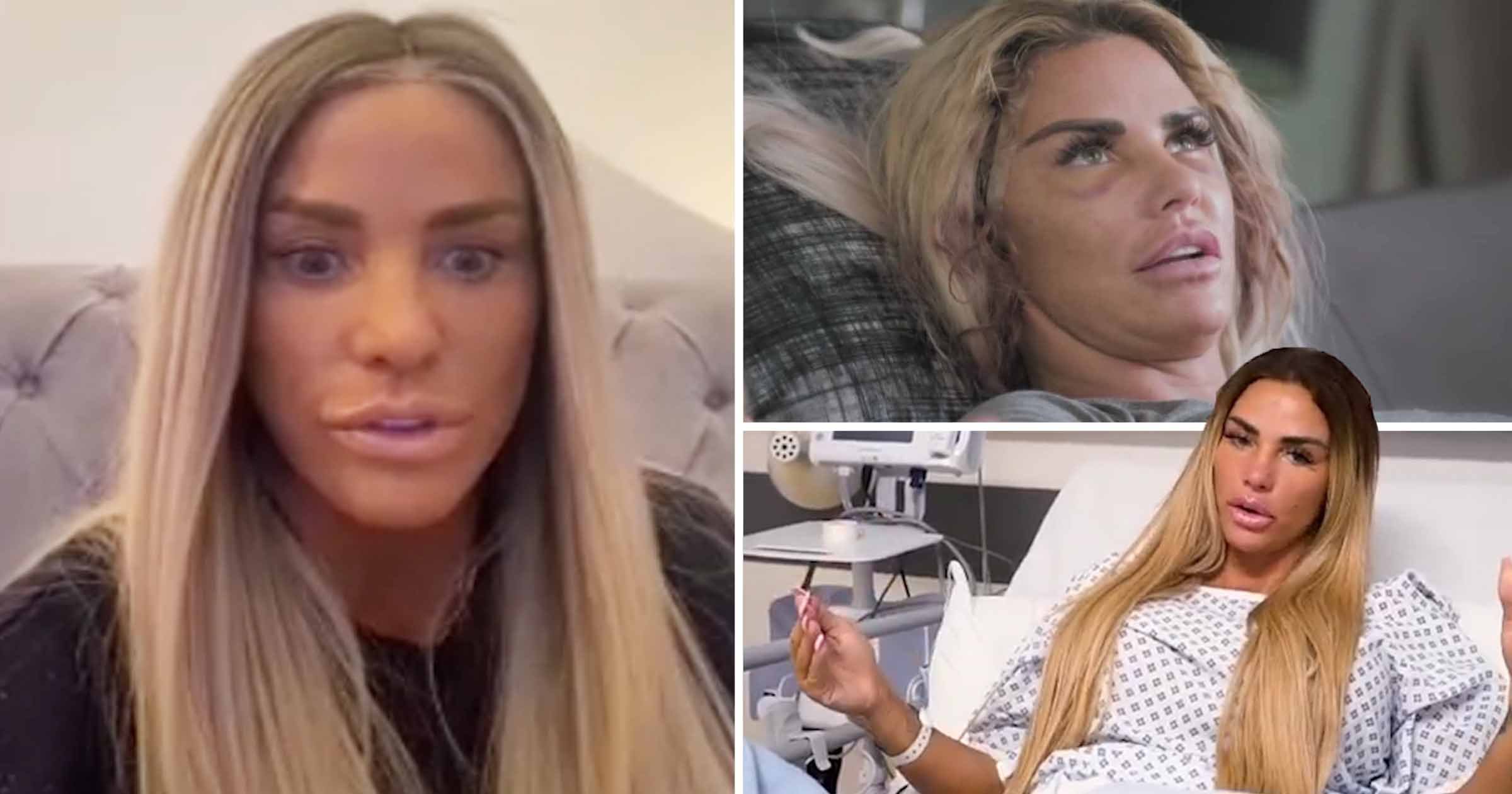 Katie Price feared she would die after having multiple cosmetic surgery procedures at the same time in Turkey last month.

The My Crazy Life star went under the knife abroad three weeks ago and had full body liposuction, fat injected into her bum also known as a Brazilian Butt Lift or BBL, eye and lip lifts and liposuction under her chin.

However, Katie was told that she would need a transfusion once she woke up but she turned it down over concerns that she would contract Covid-19 from the blood.

It was then that she initially regretted going through with her latest round of procedures and thought: ‘What the f**k have I done?’

She then explained to The Sun: ‘Honestly, I’ve gone to hell and back, it was horrific — “Oh my God I look like a monster out of a horror movie”.

‘I just thought, “This is it, I’m going to die. I was terrified of looking like a freak, like that Bride of Wildenstein or a fake doll”.’

‘I’ve woken up with holes and stitches all over my body. I look like I’ve got cat’s whiskers coming out of my nose and eyes. But I just want the old Katie back!’ she added.

Katie’s fiance Carl was on hand for support throughout the operations and told her that it was like ‘watching a piece of meat being carved up’.

Now that she’s recovering, Katie said she’s ‘loving’ her new look despite not yet seeing much difference due to the swelling.

Once recovered enough to be deemed fit to fly, Katie will return to the UK where she’ll have to quarantine.

The 43-year-old has undergone multiple cosmetic surgeries in the past, including three facelifts and at least 12 boob jobs.

A source recently said that Katie wanted help to lose weight due to gaining several pounds over the last year after she broke her feet.

The insider said: ‘Katie has really struggled to lose the two stone she put on after her foot surgery, because she can’t run or stand on her feet for long after her injury – so she’ll get full body lipo when she goes to Turkey this summer.’