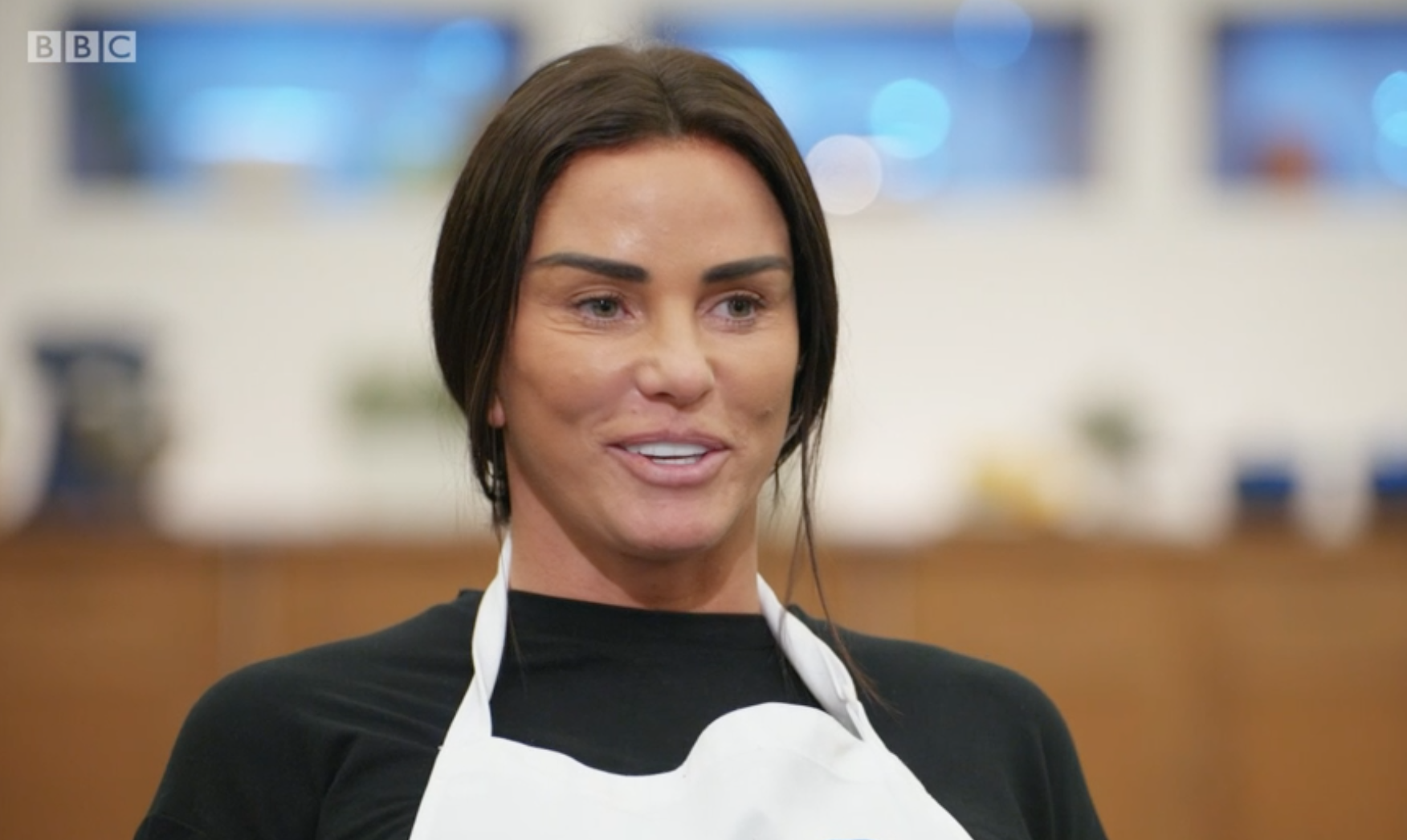 Katie Price has been cooking up a storm on this year’s Celebrity MasterChef, but while rolling up her sleeves in the kitchen, she revealed that fiancé Carl Woods was there with her.

On Tuesday’s episode of the show, the model turned TV personality was giving it her all in a challenge set by judges Gregg Wallace and John Torode.

And while she was focused on preparing a culinary masterpiece, viewers at home got a glimpse at a tattoo portrait of her beau.

Katie, 43, and Carl, 32, announced their engagement in April after dating for ten months.

Before Carl could even pop the question – with a custom made ring worth £50,000 – the two had already sealed their love by getting the other’s face tattoed on their forearms.

Katie however took it a step forward and has another two tattoos that pay tribute to her man.

On her wrist, she has ‘Katie and Carl’ in a lovely cursive font while closer to her elbow she got ‘Pricey Woods’.

While speaking of her plant of a full tattoo sleeve on her YouTube channel, she explained that she is also planning on getting that last tattoo again, this time written like the famous Hollywood sign.

This isn’t the first time Katie has got her partner’s name etched onto her body – while married to ex-husband Peter Andre, the mum of five got his name inked before getting it covered with a rose.

Her tribute to her ex Leandro Penna also got covered up, this time with a black flower.

Some tattoos that Katie will hopefully never cover up are the initials of her children: Harvey, 19, Junior, 16, Princess, 14, Jett, 8 and Bunny, 7.

As for her MasterChef journey, Katie has made it to the quarter-finals beating Melissa Johns earlier this week and booking herself a place in the next stage with Dion Dublin and Joe Swash.

In tomorrow’s episode, they will have to impress previous Celebrity MasterChef winners Sophie Thompson, John Partridge and Vicky Pattison in order to move on to the semi-finals.