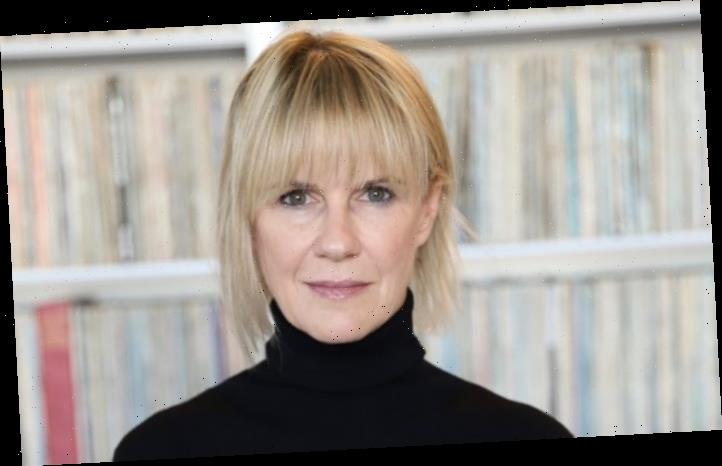 Influential Los Angeles-area NPR affiliate KCRW has filled one of the positions left vacant with the exit of music director/”Morning Becomes Eclectic” host Jason Bentley last September by naming longtime on-air personality Anne Litt to the newly created position of program director of music. The job title may be different, but this puts Litt in a crucial position at the station that has been held by Bentley as well as former music directors Nic Harcourt, Chris Douridas and Tom Schnabel.

“I’m honored to be in such distinguished company,” said Litt, who will continue hosting the station’s “Morning Becomes Eclectic” until she names a permanent replacement.

The station has made two other fresh executive hires, with Paul Bennun having been recently tapped as chief content officer and Drew Tewksbury coming aboard as director of digital content.

Said KCRW president Jennifer Ferro, “Along with Paul and Drew, Anne is primed to position us to focus squarely on the station’s future in delivering excellence across all of our platforms — in music and talk programming — through a wide range of personalities that have made KCRW such a beloved institution.”

Litt took over the post on an interim basis when Bentley left the station, based in Santa Monica College’s brand-new $115 million Center for Media and Design complex, which opened last March: “This is a dream come true for me,” she said, “to work with and be surrounded every day by this outstanding group of people, especially the DJs and the music department. I learn from them every single day and we’re going to take this station even further.”

She feels holding both jobs — PD of Music and “MBE” host — would be too much for one person in 2020. “It’s a very different landscape now. As we’re trying to amplify our reach in the community and beyond, we needed someone to concentrate solely on this position.”

The Richmond, VA, native, whose ex-husband was R.E.M. and Nirvana producer Scott Litt, began her radio career at the University of North Carolina Chapel Hill’s alternative pioneer WXYC, before joining indie label Mammoth Records in 1988, where she helped launch the careers of Juliana Hatfield and the Blake Babies, among others. She moved to L.A. in 1991, then was hired at KCRW by Chris Douridas in 1996 as an on-air personality, taking over the weekend afternoon show in 2000. She is also an accomplished music supervisor with credits that include the Grammy-nominated soundtrack for the Oscar-winning film “Little Miss Sunshine” and campaigns for Apple, Volkswagen and Acura.

“I’m ready to focus on KCRW right now,” she says of her outside interests, noting that she will continue to hold a “front-facing” role both on-air and at live sponsored events. “The music supervision business has also changed from when I did it as a solo shop. But radio and broadcasting have been my whole life. This is where I want to be. I’ve lived here longer than I have in any home, even growing up.”

Chief content officer Bennun was co-founder and CCO of the UK’s largest radio production company, Somethin’ Else, one of the BBC’s primary suppliers of independently made programming. On moving to the U.S. in 2016, Paul founded Storyblaster, a data-driven social storytelling company.

Newly named director of digital content Tewksbury comes to KCRW from the Los Angeles Times, where he oversaw coverage in the arts and books sections, spearheading literary criticism and steering coverage of the city’s diverse creative communities.

The search for the next host of the station’s flagship music show will now shift into high gear.

As the first woman to head up music at one of the nation’s key tastemaker radio stations, Litt embraces her status as a role model. “This organization has women as both president and chief operating officer. We’re an organization that champions women. I’m excited to mentor the next generation of young women who are pursuing a career in the radio industry.”

Related posts:
Latest News:
Hollyoaks’ Nikki Sanderson teases tense family feud as Denise Welch joins soap
Armie Hammer’s ex, Courtney Vucekovich: ‘I wasn’t safe… He’s not well’
Who is Andy Buchanan and how was the Dancing On Ice pro injured by partner Rebekah Vardy?
Twitter Will Offer @SecondGentleman Account For Doug Emhoff; Outlines Plans For Transfer To Joe Biden’s Administration
Recent Posts
This website uses cookies to improve your user experience and to provide you with advertisements that are relevant to your interests. By continuing to browse the site you are agreeing to our use of cookies.Ok