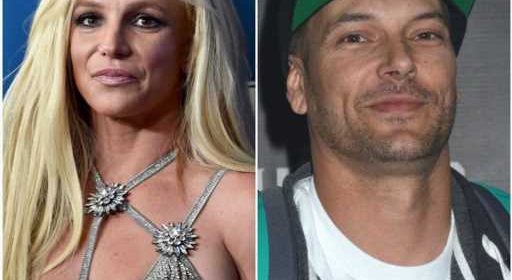 Britney Spears, ex-husband and father of her two sons, Kevin Federline, made a statement about her lithium treatment in a recent interview. The 43-year-old DJ requested more information about why the conservatorship team put the 39-year-old pop icon on lithium.

Does Britney Spears have custody of her kids?

Many fans want to know, does Britney Spears see her kids? How often? Spears has 30 percent custody of her two sons, Sean Preston Federline, and Jayden James Federline. Meanwhile, Britney’s ex-husband Kevin Federline has primary custody and sees them 70 percent of the time. When the couple split in 2007, they agreed upon a 50-50 custody split. However, the situation changed in August 2018.

“Kevin in no way wants to prevent the boys from having any unreasonable custodial contact with their mom,” Federline’s attorney Mark Vincent Kaplan told E! News. “The boys love their mother but the existing arrangement, as reflected in the terms of the most recently entered order, are reflecting what Kevin believes is in the children’s best interest.”

Spears visits are unsupervised, but that could change depending on what happens with her conservatorship.

On June 30, Federline’s lawyer made a statement to Page Six for the DJ. Kaplan indicated that his client stays out of the conservatorship, but wants to have a future conversation about Spears’ lithium treatment.

“I’ve seen it reported that Britney wants [the conservatorship] terminated without any expert evaluation,” Kaplan told Page Six. “One thing that I can imagine will engender a further dialogue should it be terminated is that I know she had revealed in the statement she made that she had been put on lithium, and I think, as you can imagine, lithium is regarded as a very powerful psychotropic medication.”

“I have to hope that if some medical professional prescribed that for her that there was some condition or basis for that to be deemed an appropriate medical protocol,” he continued. “So, if the conservatorship were to end and even more so to be terminated without an exit evaluation, I’m sure that Kevin would at least want to know what the conditions were that gave rise to her being prescribed that, and Kevin would probably have to engender some dialogue along those lines at some point in time if that were to occur.”

In probate court on June 23, Britney Spears told Judge Penny that her conservatorship team, led by her father, Jamie Spears, changed her medication to lithium against her wishes. The pop icon believed the medication was administered to her because she refused to perform in another Las Vegas show.

“Three days later, after I said no to Vegas, my therapist sat me down in a room,” Spears recalled. “[Dr. Benson] said he had a million phone calls about how I was not cooperating in rehearsals, and I haven’t been taking my medication. All this was false. He immediately, the next day, put me on lithium out of nowhere.”

Then Britney Spears explained how awful she felt while taking lithium.

“He took me off my normal meds I’ve been on for five years,” she continued. “And lithium is a very, very strong and completely different medication compared to what I was used to. You can go mentally impaired if you take too much, if you stay on it longer than five months. But he put me on that, and I felt drunk. I couldn’t even have a conversation with my mom or dad really about anything.”

The lawyer indicated that his client has the kids’ best interest at heart. Kevin Federline wants to see Britney happy, but he also wants details about the lithium treatment and why it began.