Kim K. Says She Sees Herself With 'Absolutely No One' After Pete Split

Making herself the priority. Kim Kardashian opened up about her feelings on dating following her split from Pete Davidson — and the reality star is in no rush to find a new man just yet.

During an appearance on Live with Kelly and Ryan on Monday, September 26, Kardashian, 41, was asked what kind of person she sees herself with in the future, responding, “Absolutely no one.”

Kelly Ripa suggested that the Skims founder “stay off dating apps” when she was ready to meet someone new. “You need a titan of industry. That’s what you need. That is what you are, and that is what you need,” the talk show host, 51, added. “It’s a very small field but he’s out there, sitting here, watching this.” 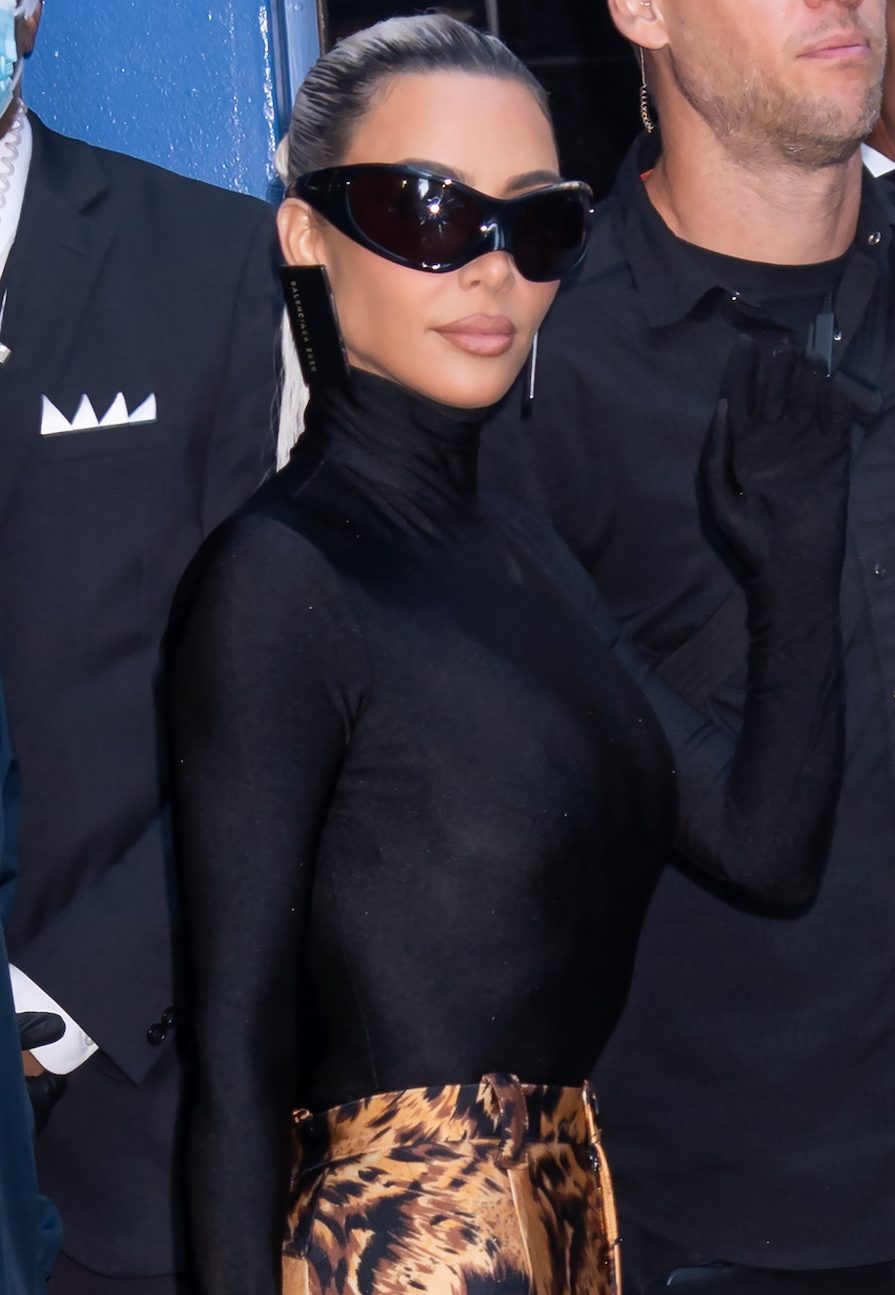 Kardashian, for her part, agreed, noting that she was interested in people outside of the entertainment industry. “I did say before, maybe I should try to date a doctor or a scientist. So maybe a bunch of attorneys or scientists would reach out,” she continued. “But I’m just not ready.”

At the time, the California native also revealed she wouldn’t go on certain dates because of her life in the spotlight. “I think it would have to be something set up at a friend’s house,” Kardashian noted. “Something very chill. Nowhere out in public. I just want chill. I’m not looking for anything. I think I really just need to be by myself and focus and finish school. And spend time with my kids.”

Amid the romance, Kardashian gushed about how her view on love has changed over the years. “I believe in love [and] I would never not believe in love. So no matter what you have been through, it is actually something me and my sisters have been talking about, you can get hard,” the KKW Beauty founder, who filed for divorce from West, 45, in February 2021, said on Today With Hoda & Jenna in June. “I think I might have been that way for 10 months [before Pete Davidson], and then after that, I was like, ‘OK, I am ready.’ It was so pleasantly unexpected.”

Two months later, Us Weekly confirmed Davidson and Kardashian’s split. “It’s upsetting for both of them, but it is what it is,” a source exclusively told Us about the breakup in August, adding that the former couple will “remain friends” and continue to have “respect” for one another.

The insider noted that the pair’s busy schedules played a part in the reason they decided to part ways. “There truly wasn’t drama between them when they decided to separate. It was something they talked through; it wasn’t a sudden breakup,” the source explained. “They each have busy schedules and the distance made it hard. Kim travels a ton and it was hard for Pete to keep up, especially with his filming schedule.”

“Everyone’s speculating who’s going to be next [after Kim and Pete’s split],” the radio personality, 68, said during an episode of SiriusXM’s “The Howard Stern Show” on September 12. “[I] was thinking Pete Davidson could go out with Emily Ratajkowski. That beauty. … That would be a good matchup there.”

Stern also mentioned Drew Barrymore as a potential romantic connection for Davidson, saying, “This guy, he’s unbelievable with the ladies. Listen, the dude’s a funny dude. He’s successful. He’s a good-looking guy, got a nice physique.”