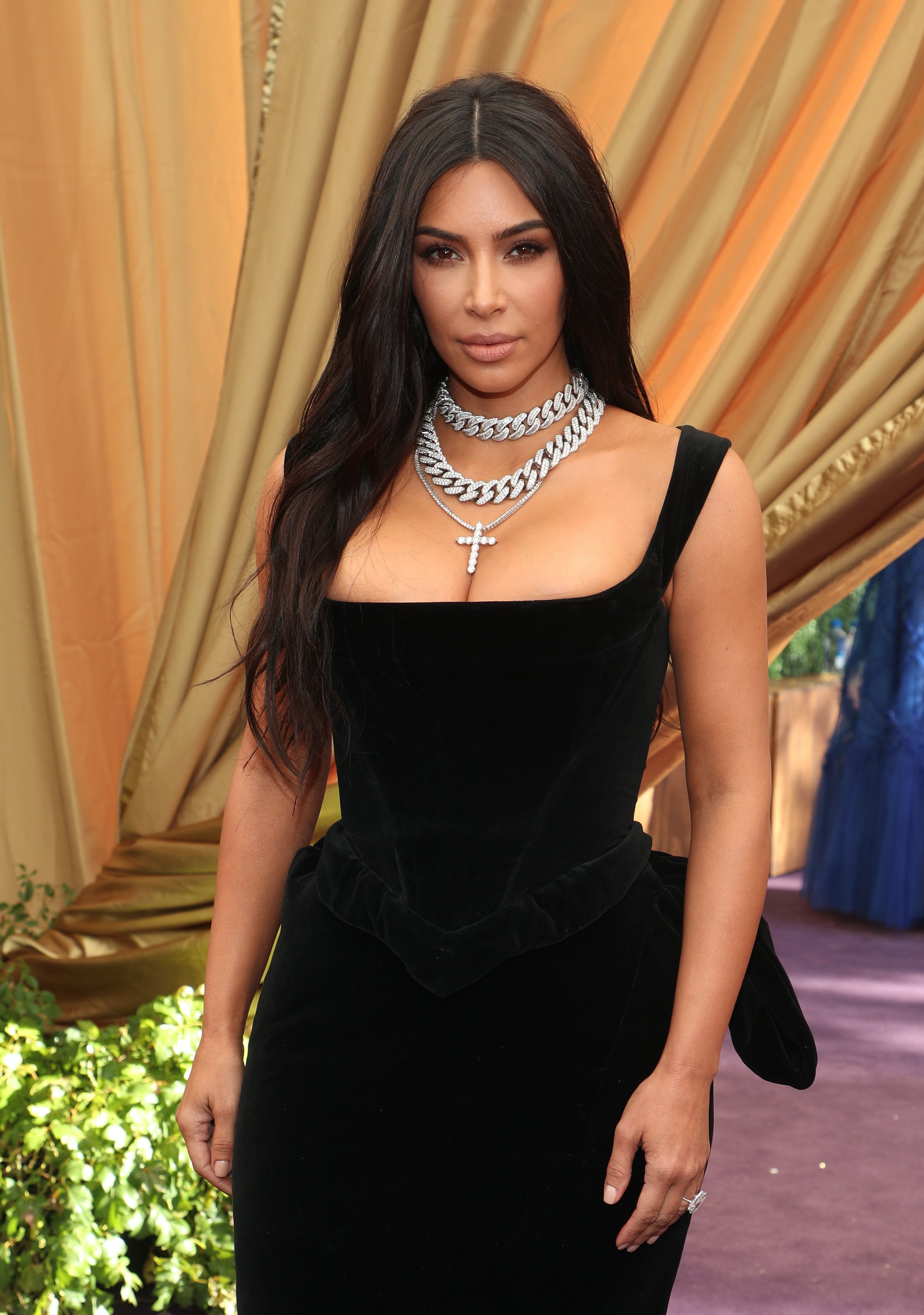 Kim Kardashian isn’t *just* the world’s biggest Bridgerton fan. It turns out, she’s also a major inspiration for the show. The reality star, who has publicly professed her love for the hit Netflix series in recent weeks, learned about her family’s surprising impact in shaping several characters straight from a Bridgerton star. To get the full tea on how Bridgerton and Keeping Up with the Kardashians low-key go hand-in-hand, look no further than Kim Kardashian and Nicola Coughlan’s Bridgerton Twitter convo.

Of course, there’s nobody better to reveal some behind-the-scenes Bridgerton secrets than Lady Whistledown herself, Nicola Coughlan, who dropped a fun fact about how the Kardashians were a big inspiration for the Featherington family. The tidbit came weeks after Kardashian entered full-fledged Bridgerton standom; throughout late March and early April, Kardashian flooded her social media with love for the Regency-era drama. As a self-proclaimed Kardashian fan, Coughlan took the opportunity to let Kardashian know the Featherington actors constantly discussed parallels between their characters and America’s royal family while filming.

"As the world’s number one @Bridgerton stan does @KimKardashian know that the Kardashians were a massive inspiration for the Featheringtons and we talked about them all the time during our fittings?," Coughlan tweeted on Tuesday, April 20. "Because I feel like she should know this."

The actor went on to further explain the inspiration in replies to her tweet, telling a fan that she (who plays Penelope Featherington) and her Featherington sisters Harriet Cains (Philippa) and Bessie Carter (Prudence) would constantly debate which Kardashian sister their character represented.

Coughlan concluded Pen was the Kim of the group, given her successful business as Lady Whistledown and her stellar detective skills. (Longtime KUWTK fans know about Kim’s passion for investigation).

Kardashian then solidified her fangirl status by totally freaking out over the unexpected connection, even revealing she’s part of a Bridgerton group chat. Naturally, she couldn’t let the opportunity slip by without asking to meet up with the Featheringtons for one of their fitting-room gossip sessions.

Coughlan responded with even more Kardashian-Featherington overlaps, revealing the designer of Kim’s iconic 2019 Met Gala corset made Coughlan’s corset for Bridgerton immediately afterward. Kardashian joked the corsetry connection should make her an honorary duchess in the ton, which Coughlan was happy to bestow upon her using her Lady Whistledown status.

The whole exchange left Coughlan completely starstruck, and being the diehard KUWTK stan that she is, she obviously had the perfect GIF to sum up her feelings.

Here’s hoping Bridgerton fans will get to see more of this friendship as it continues to grow. Who knows — maybe a Kardashian will wind up strutting into the ton in a future season? Stranger things have happened.