Kim Kardashian was spotted frolicking along the beach while wearing a figure-flattering black bikini during an outing with her friend and former assistant Stephanie Shepherd.

Kim Kardashian, 40, turned heads during her latest eye-catching outing! The Keeping Up with the Kardashians star took advantage of the still warm weather when she visited a beach in Malibu, CA with her friend former assistant Stephanie Shepherd on Sept. 27. She wore a black thong bikini with a strapless top as well as a black baseball cap over her long locks as she strolled along the sand and appeared to be makeup-free. Check out the pics HERE!

The ladies reportedly walked barefoot along the waves of water before laying out on the sand, where they snapped selfies. Stephanie was also wearing a black bikini and both of them added sunglasses to their looks at one point. 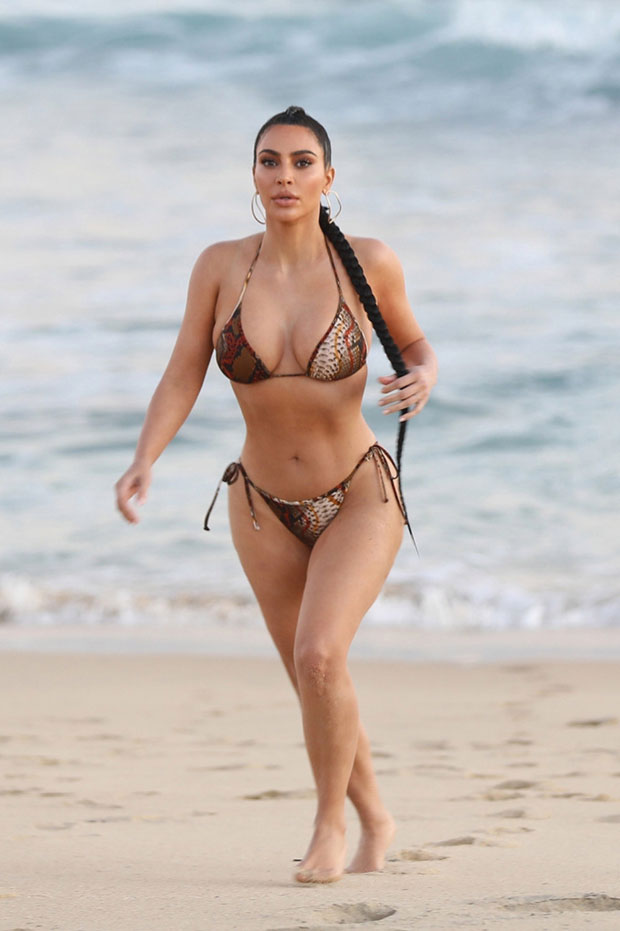 When things started cooling down, Kim and Stephanie covered up with shirts and shorts. The former went with a lack long-sleeved top and black shorts while the latter went with a black and yellow striped cardigan. They were also seen smiling while chatting and laying out towels, appearing to have a great time together.

Kim’s latest outing comes just four days after she made headlines for sharing a photo that confirmed she started work on her upcoming Hulu show. It was added to her Instagram story and showed a microphone with the caption, ““Day 1.” Kim and her family’s partnership with Hulu was announced back in Dec. 2020 after their long-time running series, Keeping Up with the Kardashians ended, but the title and release date of the series has yet to be released. 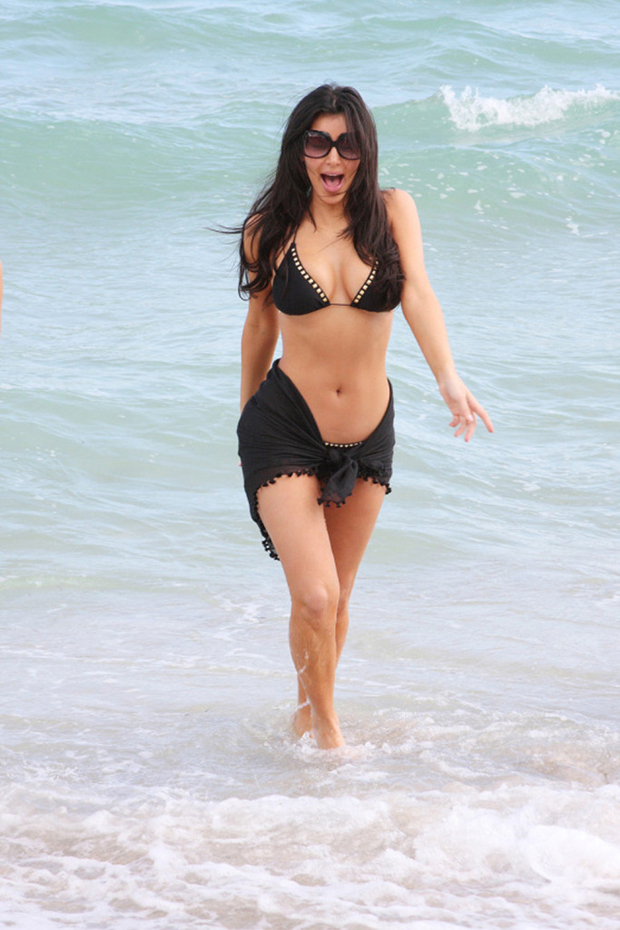 When Kim’s not making waves with beach visits or television series, she’s doing so with her fashion. The beauty showed up to the 2021 Met Gala in a Balenciaga outfit that totally covered her entire head and face. She also wore very long hair extensions that were up in a ponytail and reportedly cost a whopping $10,000. Her hairstylist Chris Appleton revealed the price in an Instagram Q&A shortly after the event.