Kobe Bryant Proudly Told Jimmy Kimmel His Daughter, Gianna, ‘Got This’ When It Came To His Legacy 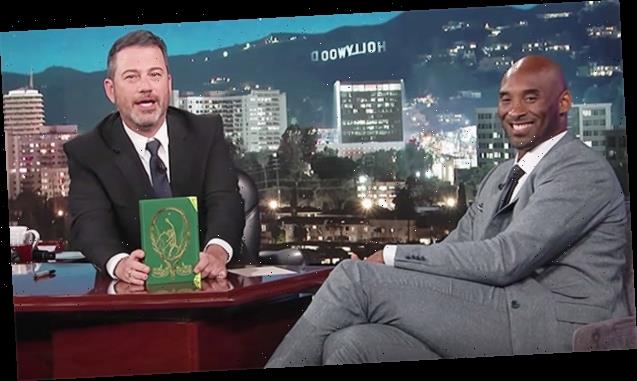 The late Kobe Bryant assuredly told Jimmy Kimmel in a past interview that his daughter was ready to carry on his legacy in the WNBA.

In his lifetime, Kobe Bryant was always ready to gush about his four daughters he shared with his wife Vanessa Bryant. On one such occasion, Kobe told late night talk show host Jimmy Kimmel that his daughter, Gianna, was poised to take up the mantel in basketball. “Do you think your daughter might want to play in the WNBA?” Jimmy inquired when the former basketball star was seated for a chat. Kobe, so assured, was adamant that his daughter was ready for the challenge.

“She does for sure,” he shared. To backup his claim, Kobe shared with Jimmy a story about being out with Gianna when fans approached him. “Fans will come up to me and she’ll be standing next to me and they’ll say, “Hey, you’ve gotta have a boy! You and V gotta have a boy to carry on your tradition, the legacy!’” It was at that point that Gianna would remind Kobe’s devoted fans that she was more than prepared to take her father’s place. “She’s like, ‘Oi, I got this,’” she would tell the fans. So proud, Kobe added, “That’s right! You got it!”

The resurfaced interview comes after news broke on Jan. 26 that Kobe and Gianna had lost their lives at the ages of 41 and 13, respectively, in a tragic helicopter accident near Calabasas. The professional basketball player was traveling with his daughter and roughly seven other people on the private chopper, which belonged to him, when it went down and a fire broke out. Although emergency personnel responded to the scene, sadly none of the people onboard survived.

Kobe and Gianna leave behind wife and mother Vanessa, 37, and their three other daughters and sisters, Natalia, 17, Bianka, 3, and Capri, 7 months. ESPN reporter, Adrian Wojnarowski tweeted, “Kobe Bryant was on his way to a travel basketball game with his daughter Gianna when the helicopter crashed. Those aboard the helicopter also included another player and parent.”