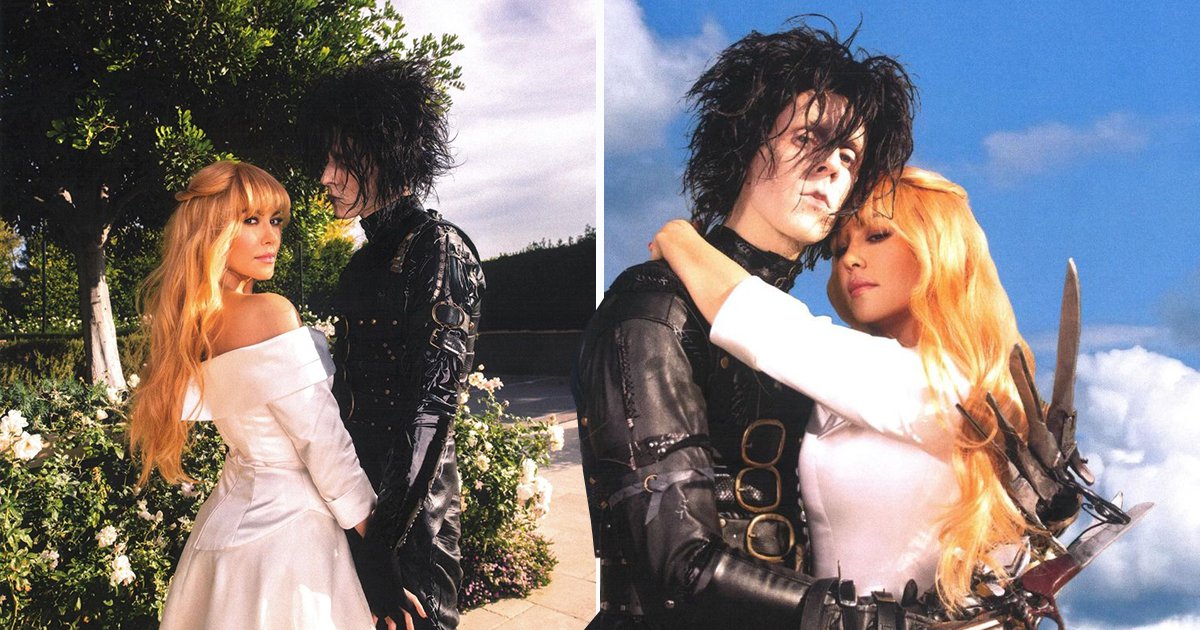 You can’t have a truly goth Halloween without a bit of Tim Burton, so Kourtney Kardashian and Travis Barker obviously couldn’t end spooky season without paying homage.

The engaged pair pulled out another exceptional couple’s costume, by dressing as Johnny Depp and Winona Ryder’s characters from Edward Scissorhands.

Kourtney, 42, donned a long golden wig and a pale pink off the shoulder tea dress to become Kim Boggs, and in a video, she walked through the snow – a tribute to the scene where Edward makes ice shavings fall like snowflakes.

No shade to Kourt, but it was her fiance who really stole the show here in his elaborate Edward Scissorhands outfit.

Travis, 45, sported a messy black wig and pale make-up to morph into the humanoid, and his leather jumpsuit was completed with a full set of scissors for hands.

The Blink-182 drummer could have easily passed for the character in the 1990 film as he posed for shots trimming flower bushes.

Both Kourtney and Travis shared their photos with the caption: ‘Till next Halloween’, and honestly, we already cannot wait.

The couple, who got engaged in October after 10 months of dating, honoured their favourite movie with their first couple’s costume – an ode to Christian Slater and Patricia Arquette’s characters Clarence Worley and Alabama Whitman in the romantic crime drama True Romance.

Kourtney and Travis have bonded over the film throughout their relationship, with Travis even getting a tattoo of the soundtrack song title ‘You’re So Cool’ tattooed on his body in his girlfriend’s handwriting.

While they went all out with their Tarantino-esque looks to recreate the movie poster, it seems Travis’s ex-wife Shanna Moakler wasn’t too impressed.

Travis and Shanna also bonded over the movie True Romance, even calling their daughter Alabama after Arquette’s character, and the former Miss USA said on social media: ‘The whole thing is embarrassing at this point’.

After one fan commented: ’Can I just say how completely odd I find it that Kravis is bonding over the movie True Romance when that was you and his thing when you were married? Hopped on IG and saw their photo shoot and it’s so weird…’, Shanna responded: ‘It’s like an episode of Punk’d.’

Let’s hope she wasn’t a big Edward Scissorhands fan too.