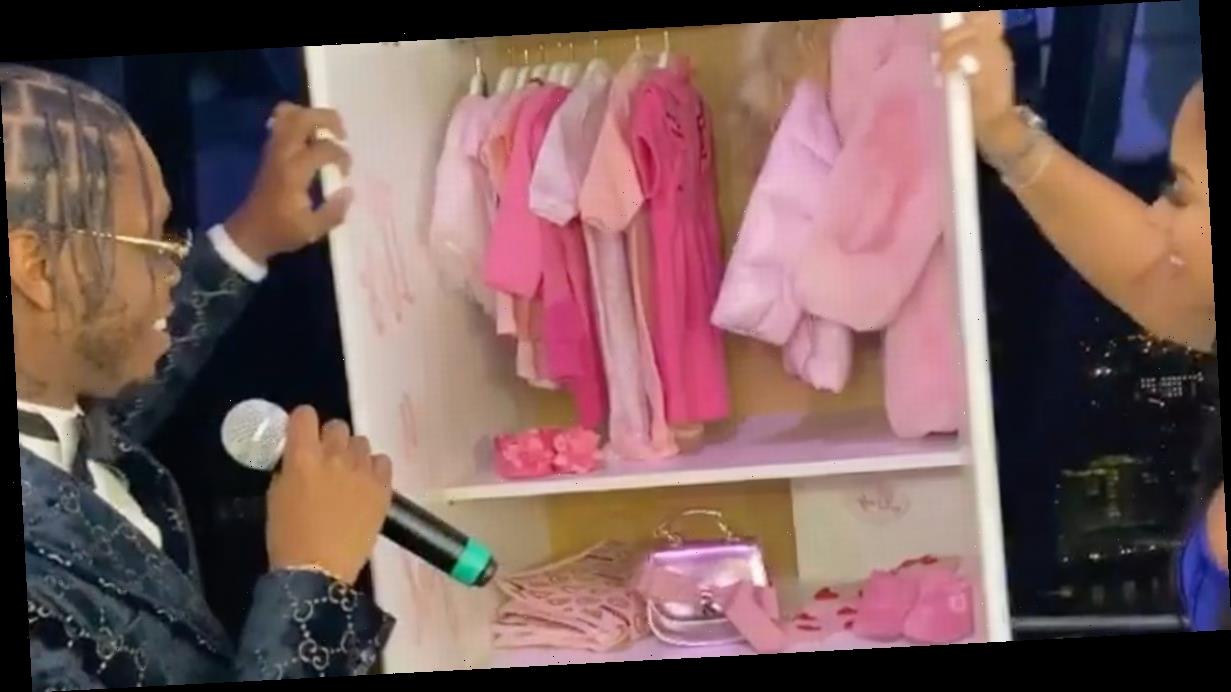 Rapper Krept has announced he's going to be a new dad at his lavish 30th birthday-turned-gender-reveal-party.

The one-half of dynamic duo Krept and Konan, who is expecting a baby girl, made the heartwarming announcement during his birthday bash – which turned into a gender reveal.

Krept, real name Casyo Johnson, revealed the exciting news that he's expecting a "lil princess" to friends and close pals after keeping it tight-lipped from his fans.

The chart-topping rapper stood beside his YouTube and model girlfriend Sasha Ellese, where the pair announced what gender they're expecting in a very unique style.

They pulled open a wardrobe which revealed a whole rack of baby's clothes – and it was decorated with pink to show that they'll welcome a daughter together.

"It's a girl" was penned on the inside of the wardrobe, complete with designer baby bags and clothing.

Their audience began shouting "it's a boy" before they pulled open the wardrobe, and ran over to the couple to congratulate them with tears of joy.

Krept wore a custom Gucci suit with dark shades, while Sasha opted for a blue velvet bodycon dress to show off her growing bump.

He took to Instagram to reveal the news with fans for the first time.

"Today I'm celebrating life, not only 30 years of mine but also my baby girl who will be here in 4 months," he gushed.

"I thought today is the best day to let you guys know as I celebrate my 30th. (Ps my bdays on tuesday).

"But I'm feeling truly blessed to start this new chapter in my life with  @sashaellese ❤️ Im going to be a father, And the best father at that Thankyou @childsplayclothing for helping me put this all together.

"What a beautiful gender reveal I've been dying to know if it was a boy or a girl.

"And now I know I'm having a lil princess I'm so happy, all praise to God thankyou❤️❤"

Krept and his girlfriend Sasha are expecting to welcome their daughter in four months' time.