Kristen Stewart wore a Chanel jumpsuit to the Spirit Awards: improved or nope? 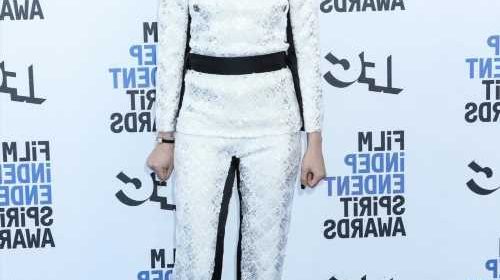 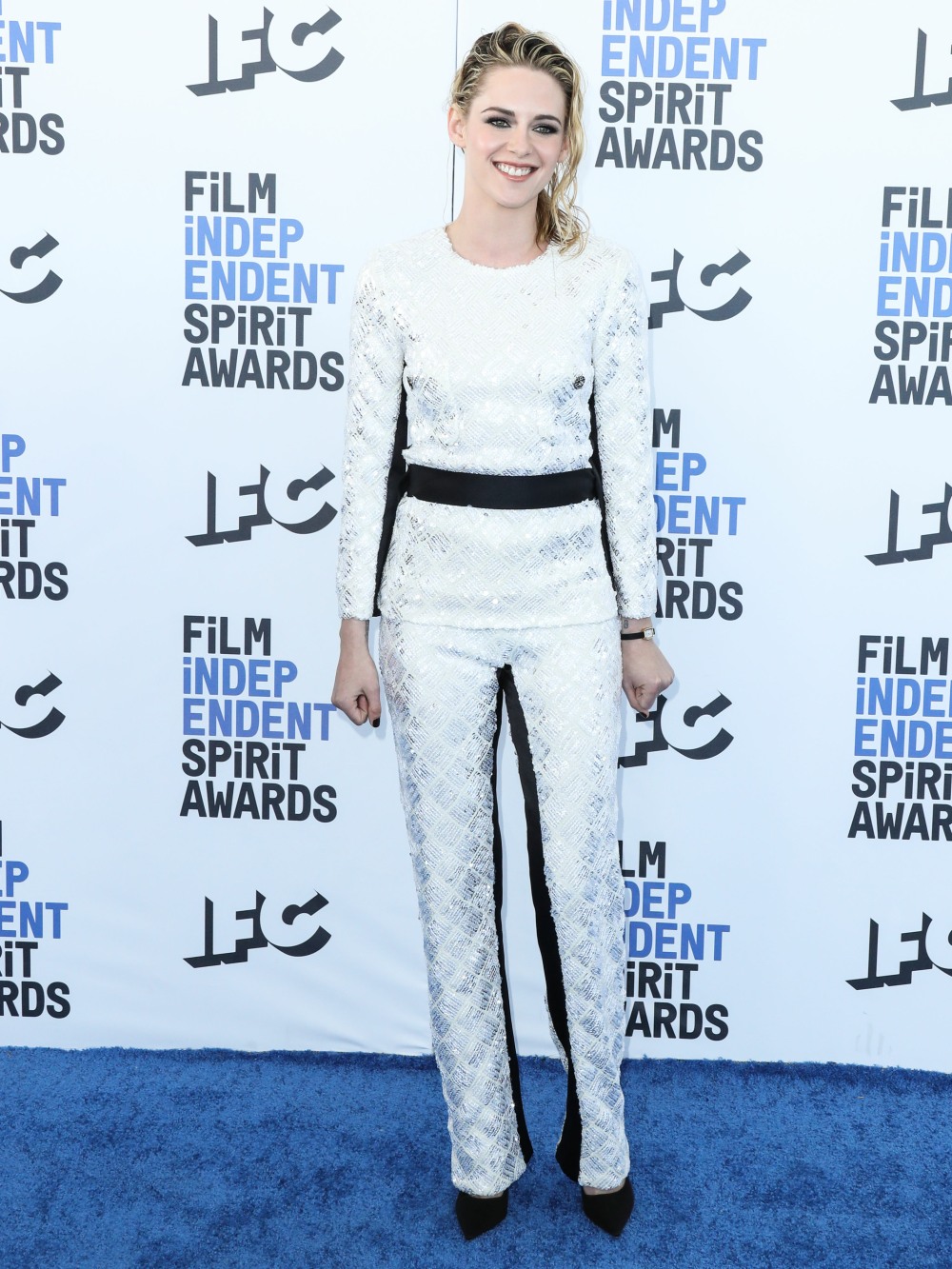 Here are some fashion photos from Sunday’s Independent Spirit Awards. Kristen Stewart was the “chair” of the Spirit Awards this year, which just means she’s the big-name celebrity they got to act in an honorary position and hand out one of the big awards. K-Stew is a big indie queen but this was her first time at the Spirit Awards and she seemed to be enjoying herself in an awkward way. She wore this Chanel suit/jumpsuit which I actually really liked? We were just complaining about how Kristen gets sent the f–king worst Chanel looks, then she turns up in this! I hope Chanel gives her something good for the Oscars, but I bet they make her wear some hideous, stiff tulle and satin mess. 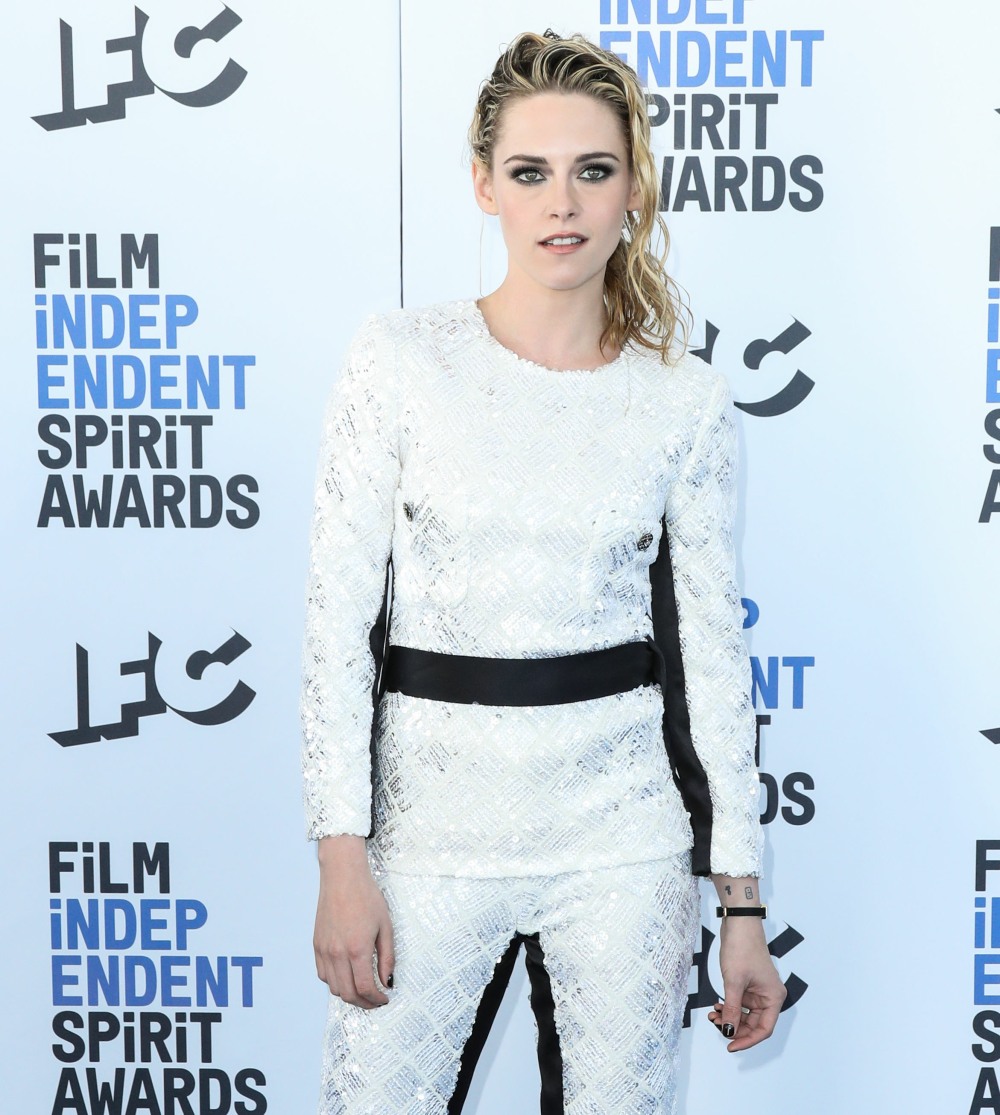 There is absolutely an Andrew Garfield Hive and I am trying to placate them. Andrew wore a lovely purple sport coat to the Spirit Awards. 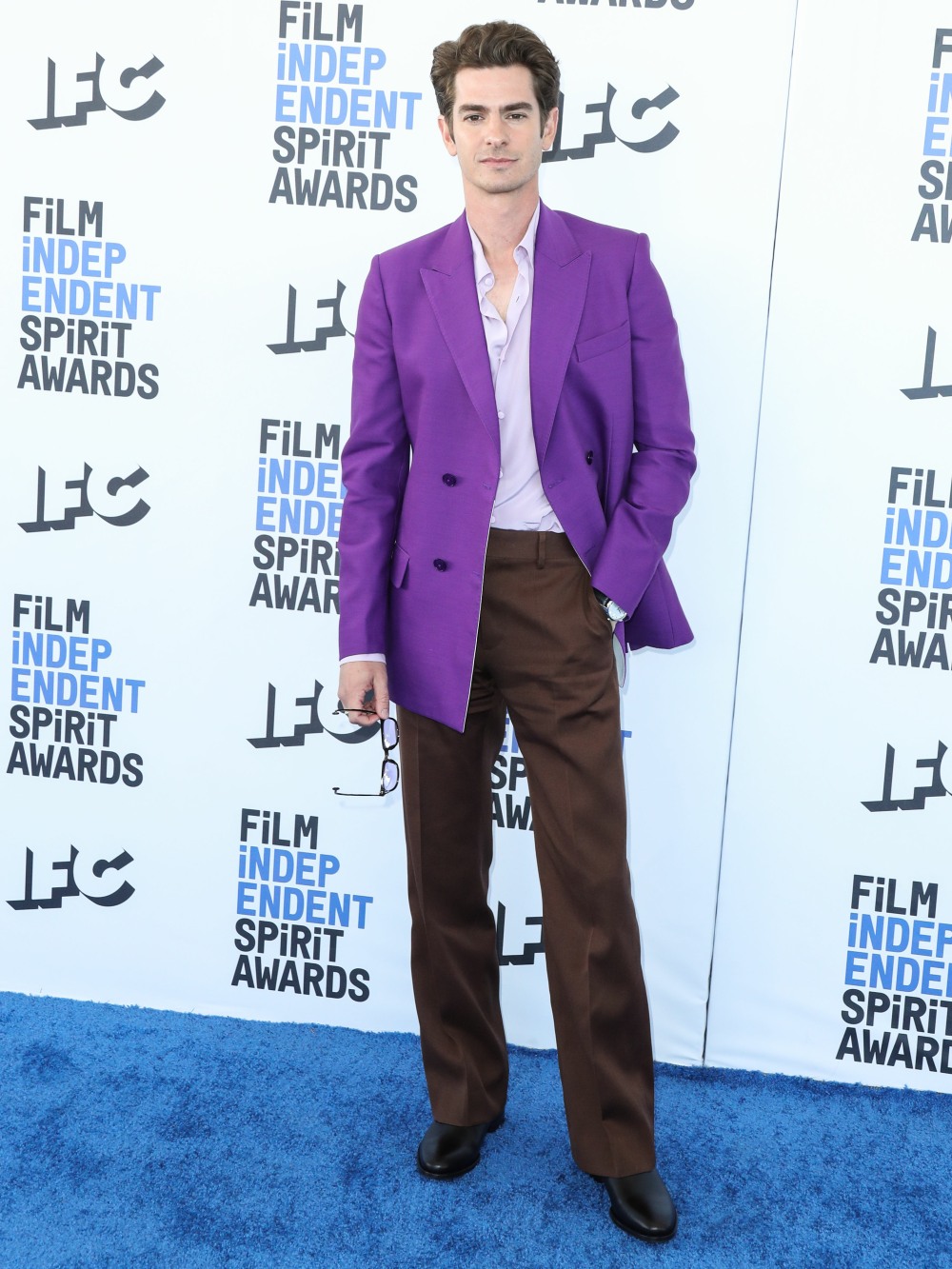 Lily James in Del Core. There were so many midriffs at the Spirit Awards! This top doesn’t do much for her. 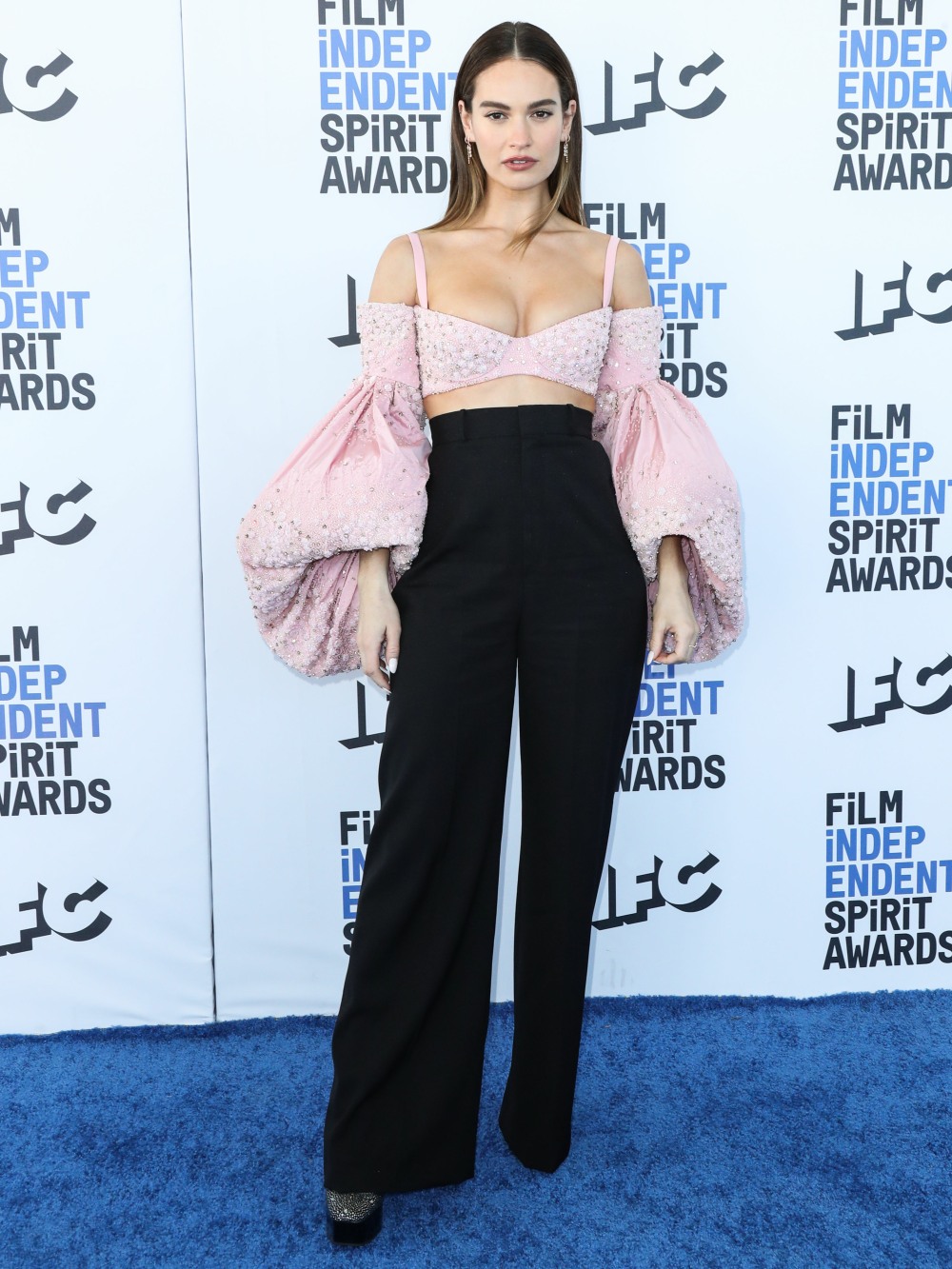 Sydney Sweeney is everywhere these days. She wore Miu Miu – this was actually one of my favorite looks of the night. 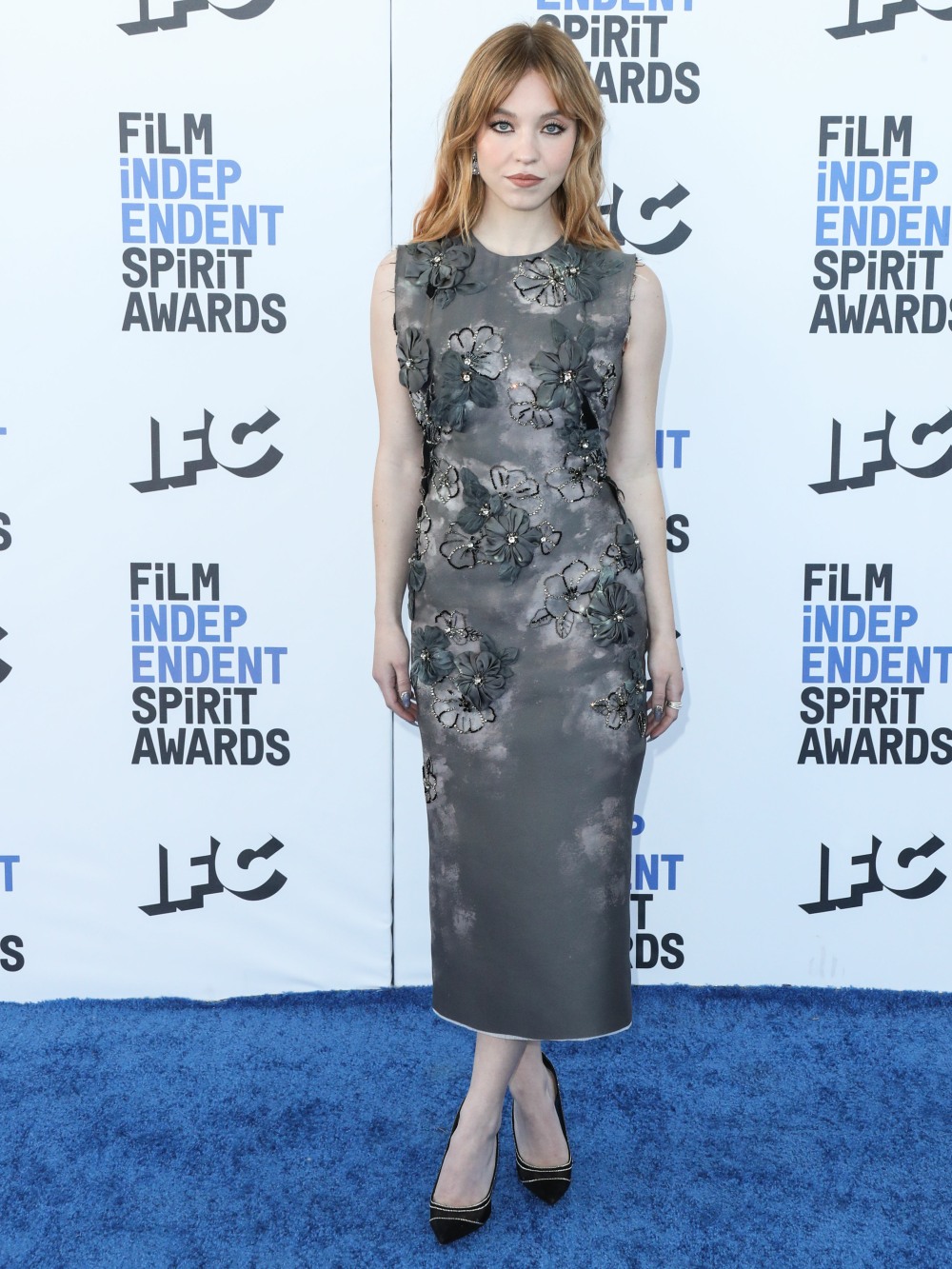 Julia Fox’s fifteen minutes are not up yet. Sigh… 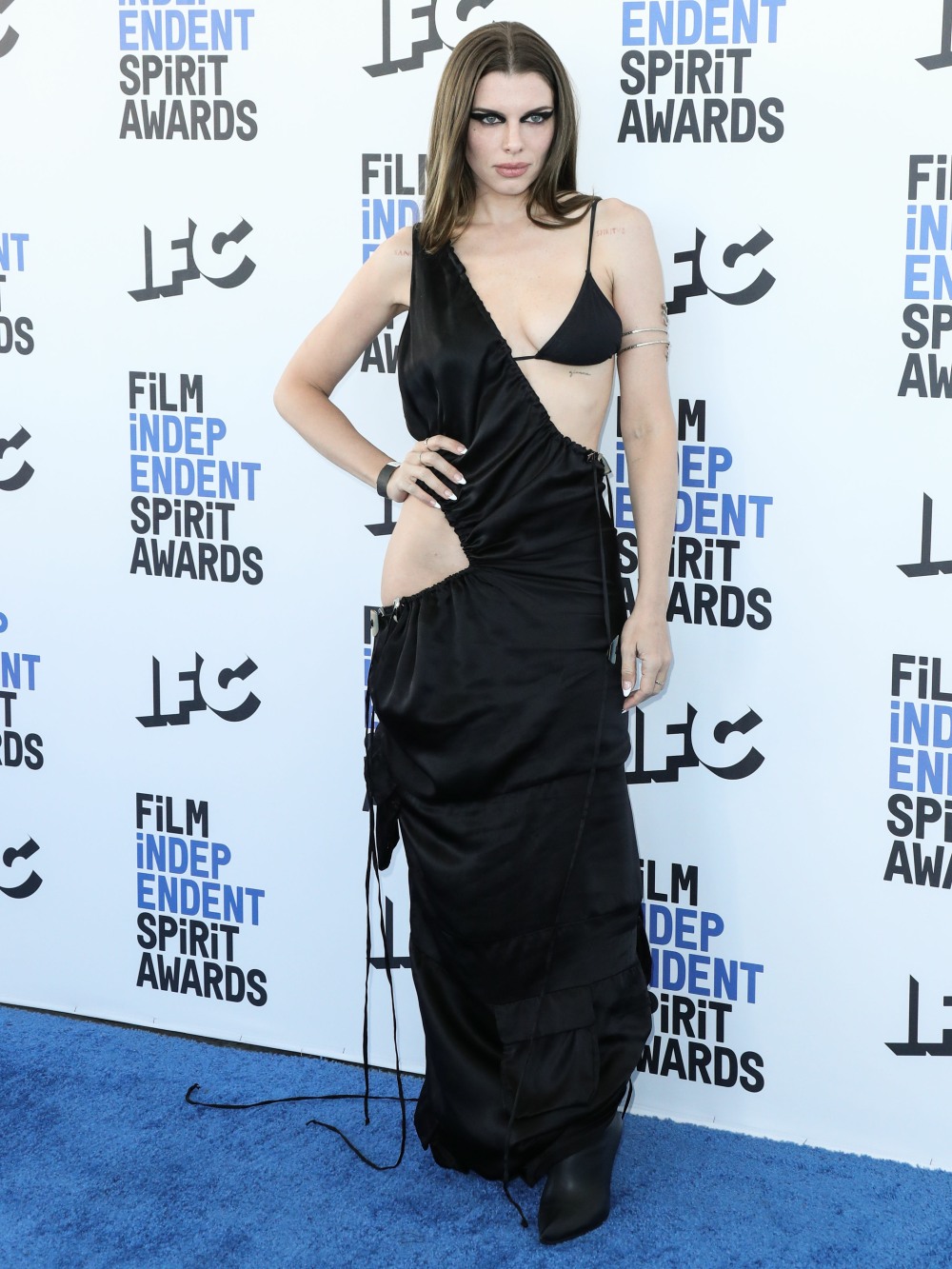 Regina Hall looked fantastic! This was my favorite look. My only complaint was that I think the sleeve was just a tad too tight. Regina will be one of the hosts of the Oscars, remember? 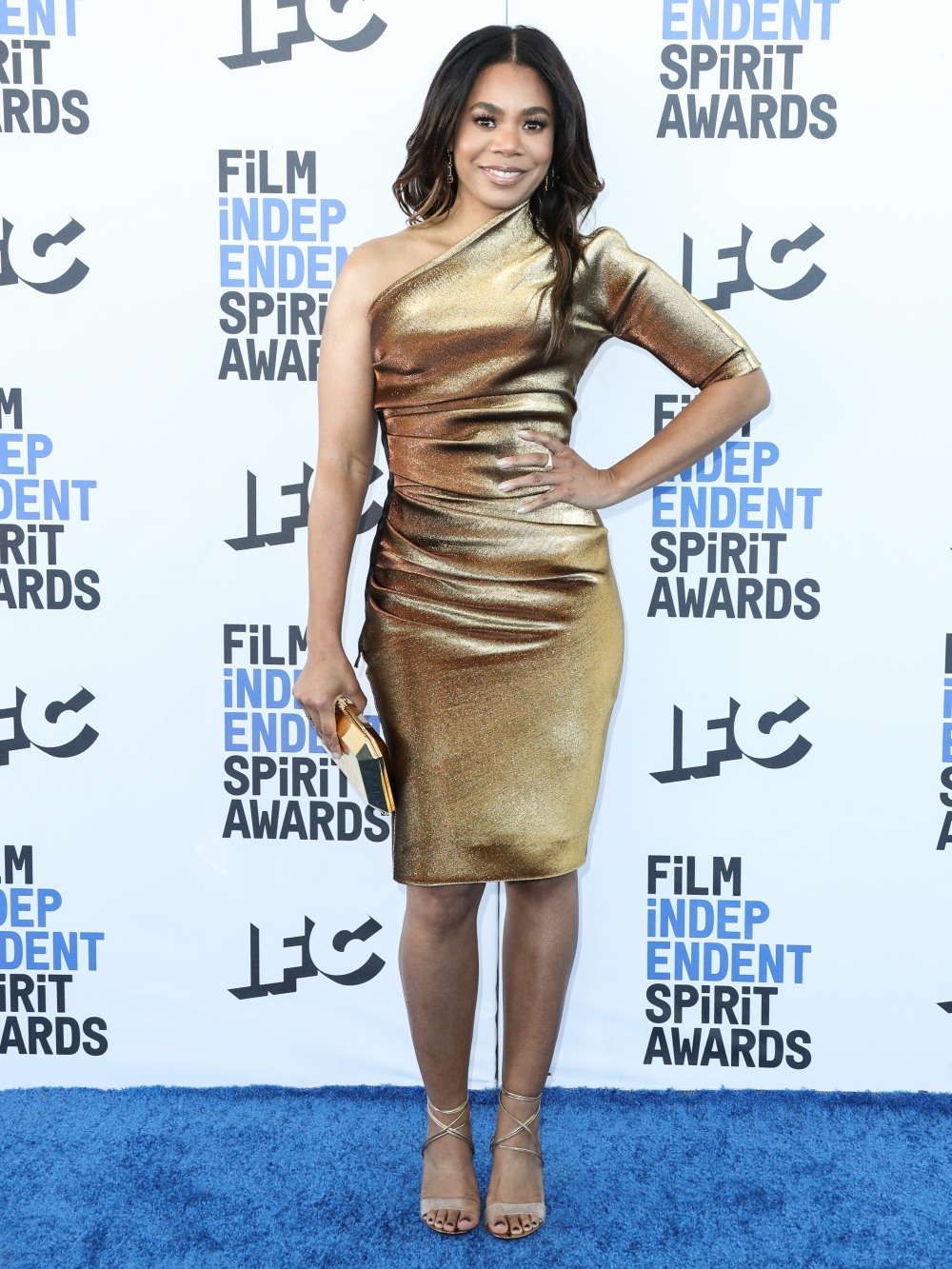 I can’t believe Sosie Bacon is old enough to have a grown-up boyfriend, but she is, in fact, 29 years old. She attended the Spirit Awards with her boyfriend Scoot McNairy.