‘…Like You Never Voted Before’ Docu Pinpoints Jacob Blake Shooting & NBA Boycott As Flashpoint For Hoops Stars Getting Out Vote, Embracing Their Political Clout

EXCLUSIVE: The killing of George Floyd by Minneapolis police galvanized the Black Lives Matter movement, but it was the subsequent viral footage of Jacob Blake shot in the back seven times by a police officer with his children in the back seat in Kenosha, Wisconsin that was the pivot point for the National Basketball Association and its players as they embraced a growing political role that will be felt when record numbers of Black voters show up at polling places tomorrow.

That is the premise of …Like You Never Voted Before, a documentary being shot right now by a group of hoops-connected filmmakers who are following players and team executive and employees going into tomorrow’s Presidential Elections. The NBA is cooperating and numerous of its players are taking part. 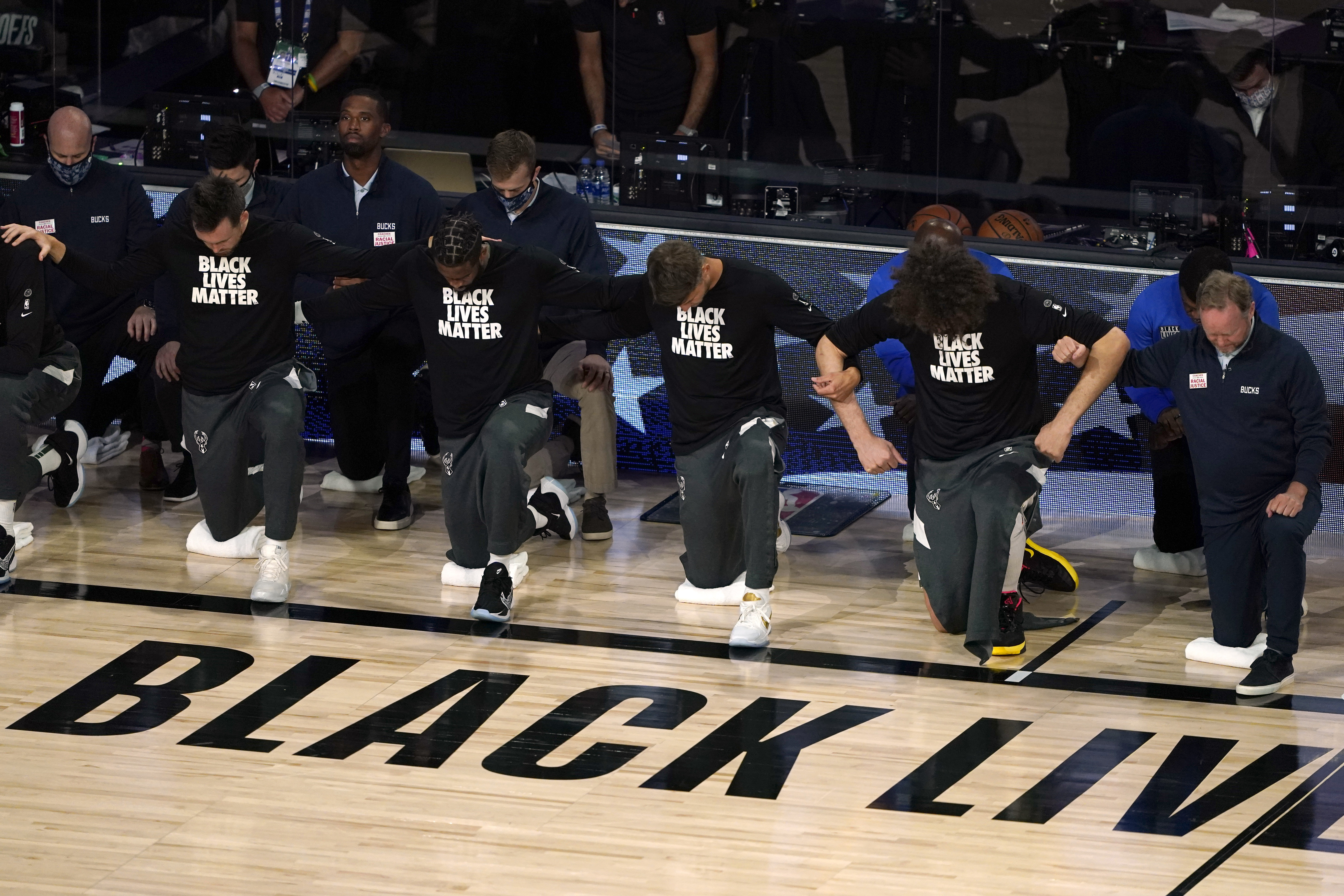 The film is produced by Mandalay Sports Media in association with Endgame Entertainment, Wavelength Productions, and Park Pictures. Mike Tollin and Jon Weinbach are the exec producers, and are coming off The Last Dance, the Emmy-winning ESPN series on the last hurrah of Michael Jordan and the Chicago Bulls. The film is being directed by James D. Stern (the IMAX film Michael Jordan To The Max), and Fernando Villena are the co-directors. The duo just teamed on the Netflix pic Giving Voice, a docu about the thousands of high schoolers who entered an August Wilson Monologue competition for a shot to perform on Broadway.

The docu title comes from a quote by the late Civil Rights-pioneering congressman John Lewis. It is underway and will be in multiple cities focused on election voting, which is the spine of the film and the goal of the Get Out The Vote movement. The filmmakers have sent a dozen crews in half a dozen cities to cover the activities of teams, players, community organizers, and first-time voters in primarily battleground states. Filming has begun in and around Milwaukee, Detroit, Philadelphia, Atlanta, Dallas, and Los Angeles and will continue through Election Day and its aftermath.

Blake was left paralyzed from the waist down after cops responded to reports of a domestic incident. The shooting came in the wake of the death of George Floyd in custody of Minneapolis. Protests were immediate, and then came a surprise decision by the hometown Bucks team to boycott their game against the Orlando Magic just before tip-off. The NBA in turn called off all playoff games that day, and boycotts spread to other American sports leagues including the Women’s National Basketball Association, Major League Baseball the National Hockey League and Major League Soccer. Days passed before play resumed.

Said Tollin: “Dr J (Julius Erving) was asked when was the first time you voted and he said, ‘yesterday.’ I’m not going to unpack why he hasn’t voted before, but it underscored why this election is so urgent and different. The NBA had been involved in voter initiatives before, but the boycott of the Bucks team was Ground Zero of a movement led by the NBA, its teams and players to bring about an impactful array of social justice initiatives.”

Taking part in the docu is George Hill of the Bucks, the player who arrived before a crucial playoff game and told his teammates he couldn’t play and they shouldn’t either. In the docu, he is seen canvassing and getting voters registered, and other activists in the film are 76ers rookie Matisse Thybulle, who recorded video from inside The Bubble during the playoffs that went viral, Chris Paul, and others. Some will be seen reacting as election returns begin to roll in. WNBA players are also part of this such as Renee Montgomery, the Atlanta Dream guard who opted out of the 2020 season to focus on social justice reform. That team is co-owned by Sen. Kelly Loefler, who is running for reelection and has seen the league and players from the team she owns campaigning against her for publicly criticizing the Black Lives Matter and Say Her Name movements, and for introducing legislation to ban trans women and girls from publicly funded sporting events, which would nix them from participating in youth, high school and college sports. Tollin said the docu will be shopped when completed, with NBA outlets ESPN and Turner, and streaming sites seen as prime landing places for a film he said “should be watched annually as a reminder about how a movement gained urgency. The only time we see players boycott is to gain leverage in salary disputes, but this is about conscience and it is one of the most impactful things the NBA has ever done.”