Arnott, played by Martin Compston, is seen slipping on a pair of forensic gloves in the abandoned car park. 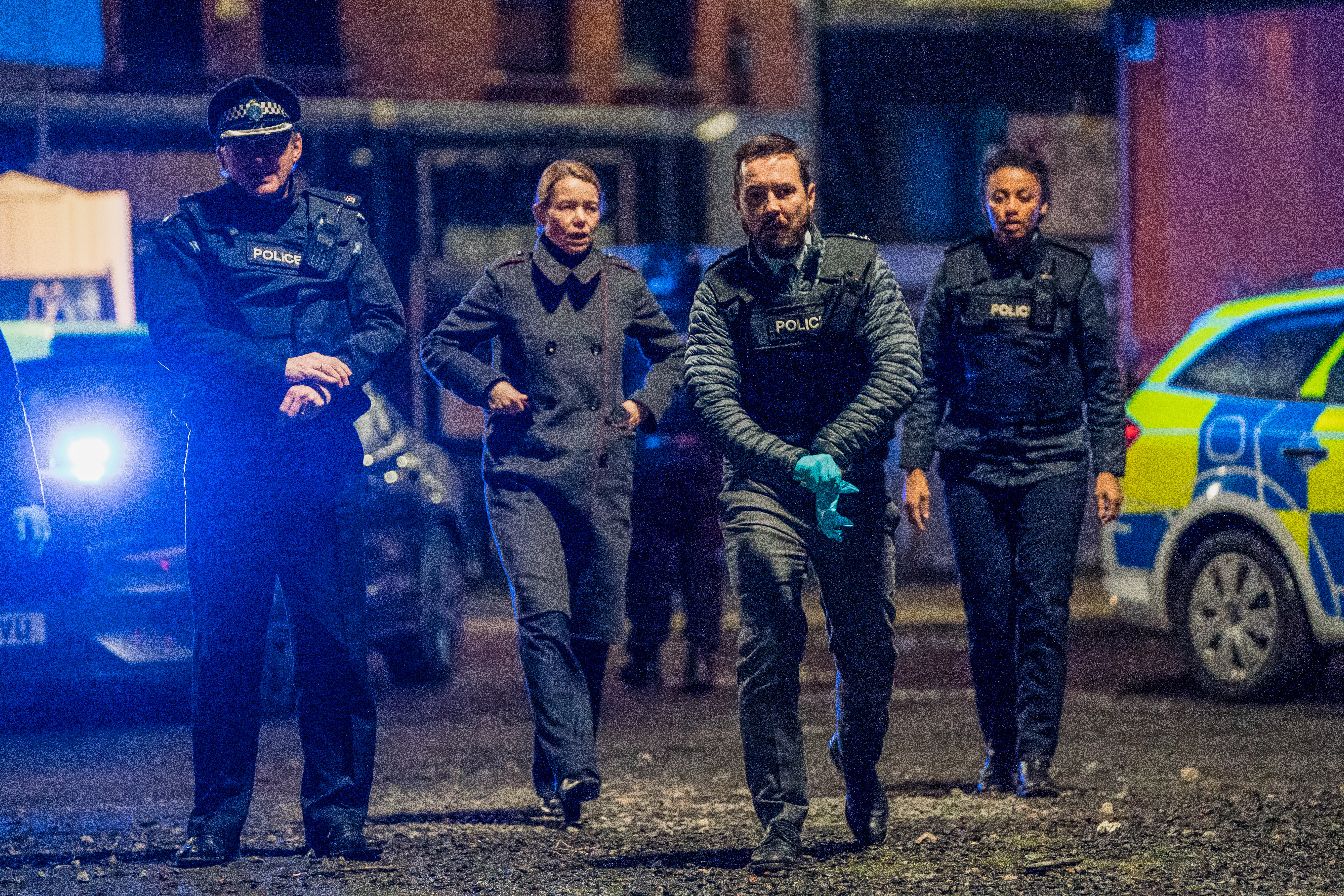 AC-12’s nemesis Det Supt Patricia Carmichael (Anna Maxwell Martin) is at the back.

On Sunday, the BBC drama will reveal the fate of DI Kate Fleming (Vicky McClure) who was in an armed stand-off with corrupt PC Ryan Pilkington (Gregory Piper). 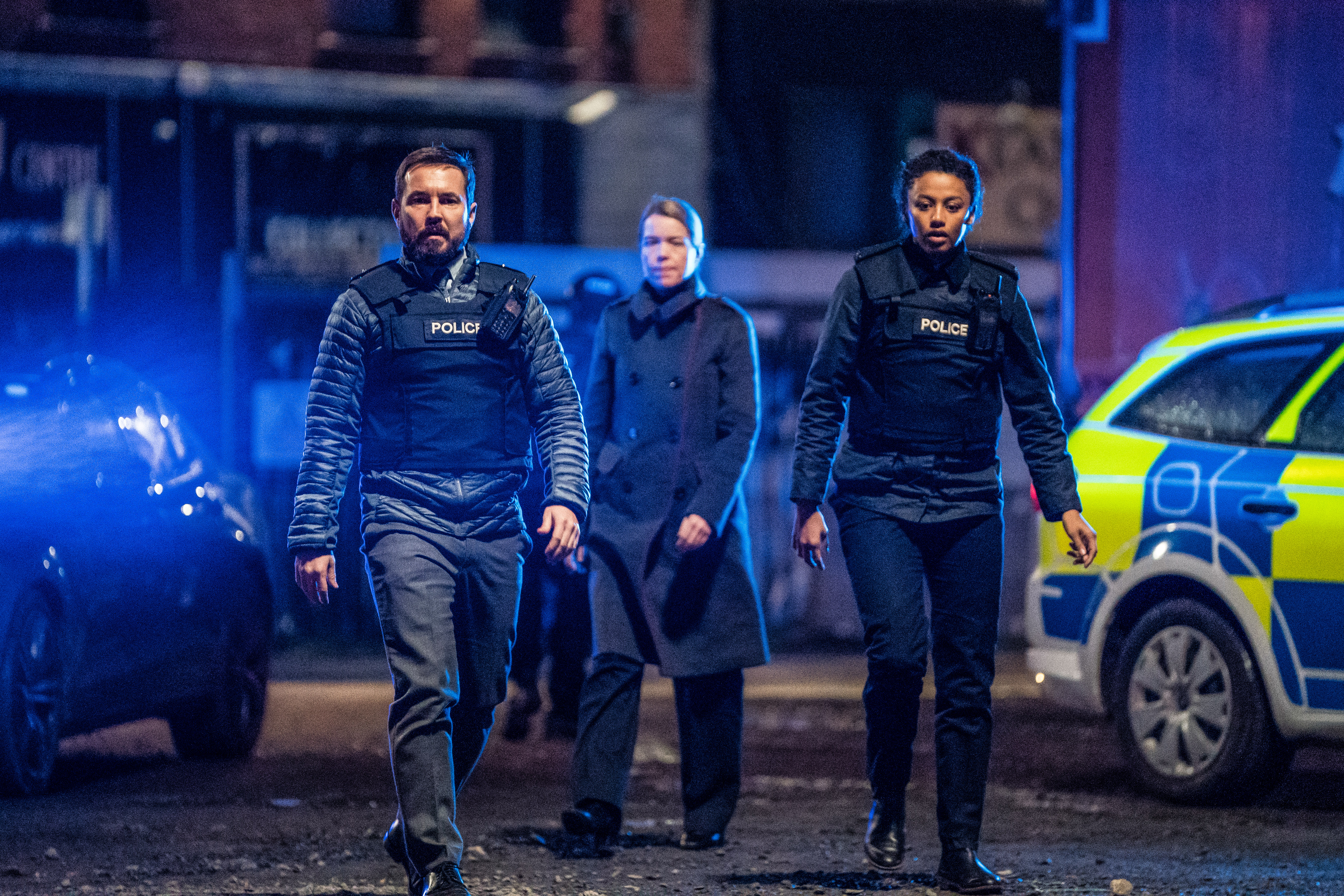