Jed, 55, is the mastermind behind Line of Duty, which has gained a global fan base following its launch on the BBC back in 2012. Since then, Superintendent Ted Hastings (played by Adrian Dunbar), DI Steve Arnott (Martin Compston) and DI Kate Fleming (Vicky McClure) have become beloved characters of the drama, although some viewers believe one of them could be linked to the corrupt network of police officers going under the alias of H. However, the scriptwriter has now hinted that possibly one of the three leading stars could make a deadly exit from the programme in the future.

Speaking to press ahead of season six airing, Jed explained that it is “never far from [his] thoughts” to kill off one of the top three characters.

“I think we all get on brilliantly and everybody knows we are serving something bigger than ourselves which is Line Of Duty.

“One of the things about the show is nobody is safe. It keeps the audience on the edge of their seat so I know it would be a sad day, but all the main cast realise it could be possible.

“We’re mates, we talk about it, we joke about it. It’s something no-one would relish but everybody would understand,” he added.

It’s fair to say, over the years, there have been times when it seemed everything could have been over for one member of the AC-12 team. 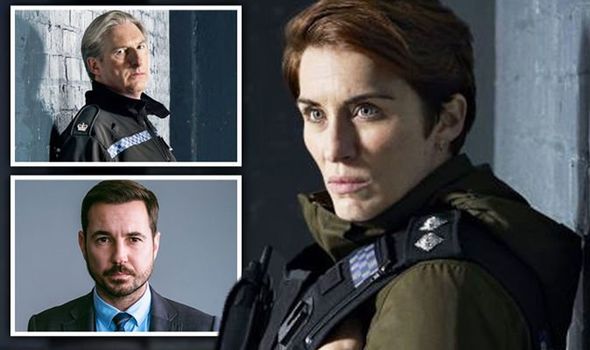 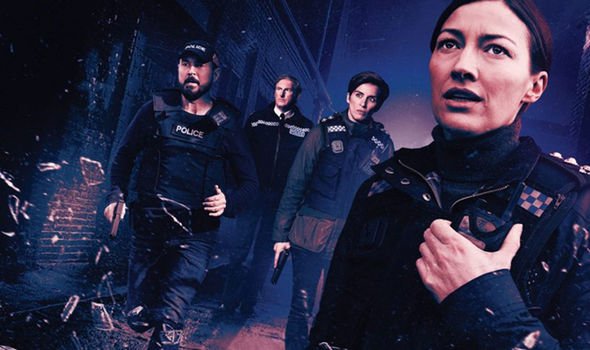 Superintendent Hastings has made his fair share of enemies in the previous five seasons, with the most recent seeing his past come back to haunt him.

Instead, he took his rage out on Roisin Hastings (Andrea Irvine) as he knew this would hurt the senior police officer even more.

The leading star of the show managed to get out of this ordeal with his life intact after Corbett was killed by the balaclava men who realised he was undercover. 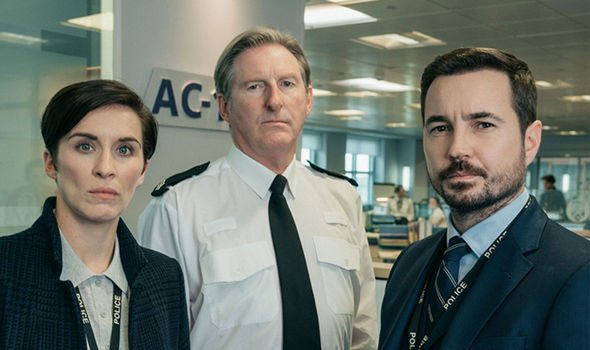 Ted was then accused of being the final member of H for lying about his past and several other similar attributes to the criminal mastermind.

However, it transpired the third member of the corrupt team and Senior Legal Counsel Gill Biggeloe (Polly Walker) had been trying to frame him.

One person who has been at death’s door a couple of times is long-suffering DI Arnott, who has let his determination for justice put his own life in danger.

In season four, viewers watched as the detective tried to apprehend the balaclava man but instead, he was thrown down a flight of stairs.

Line of Duty: Martin Compston on how he gets into character

Steve remained in the hospital for quite some time before he eventually left and had to use a wheelchair to cry out day-to-day duties.

From season five onwards, the detective has been back on his feet but he continues to have problems with his back.

Speaking on ITV’s Lorraine, the actor who plays Arnott, Martin, 36, explained how there was a clue this was going to his character.

He said: “I was wondering if anybody noticed with that [scene] that was my older suit from [season three].

“We were gonna get that messed up, so I was wondering if any eagle-eyed fans were going to clock, ‘well he’s in the older suit today, something bad’s going to happen’.”

Finally, Kate has also put herself in the firing line several times as AC-12’s leading undercover officer, meaning she has been put in some fairly difficult situations.

However, teasers for season six have pointed towards her being the victim of a shooting as her team urn against her.

In a preview clip for what’s to come, she is seen with her hands up as a swarm of her colleagues surround her.

Could it be Jed will be killing off Kate in the new episodes as the identity of the final member of the H organisation is revealed?

Line of Duty season six begins Sunday at 9pm on BBC One.