'Little House on the Prairie': The Actor Who Played Albert Ingalls Also Appeared on the Series in an Entirely Different Role

Avid Little House on the Prairie fans who have been watching the long-running historical drama for decades may think they know the show’s characters inside and out.

But there was another character that Albert Ingalls actor Matthew Labyorteaux played on the series. Give up? Read on.

After Little House on the Prairie, Labyorteaux had plenty of work, especially as a voice actor. His performances have been featured in video games including “Star Wars,” “Next Gen,” “Thrillville,” and “.hack.”

His brother, Patrick Labyorteaux, portrayed the recurring character of Andrew Garvey on Little House on the Prairie, the son of the Ingalls’ neighbors Jonathan and Alice Garvey. Patrick also was featured on television on JAG, Ghost Whisperer, iCarly, and The Last Sharknado: It’s About Time.

The other character Labyorteaux played on the series

While Matthew Labyorteaux was known to Little House fans as Albert Ingalls, savvy viewers noticed he appeared first on the series in a different role.

“I actually played Michael Landon as a little boy,” Labyorteaux said. “In flashbacks to his childhood, where his father’s taken ill and he takes a train and goes back to check on his father and his mother. On the train ride, he sort of reminisces about his childhood.” 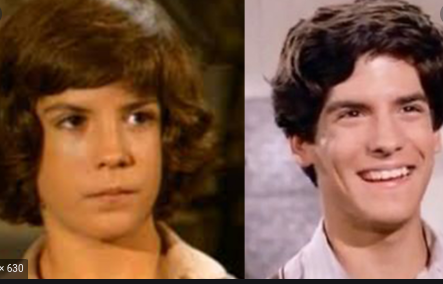 He played young Charles Ingalls in another episode, which found Charles thinking back to his courting days with Caroline.

“Michael wrote another show called “I Remember, I Remember,” which was another sort of flashback to Pa Ingalls’ childhood,” he explained. “But it was where Ma met Pa. It was just a sweet, tender, great episode, with the two kids having a crush on each other and meeting for the first time and seeing what they eventually would become.”

Albert was created for ‘Little House’ for this reason

Landon must have been impressed with Labyorteaux’s performance as young Charles to ask him back in a recurring and more principal role.

Labyorteaux began as the character of Albert in the big city, living without a family and without a home. Charles grew attached to the boy and after conferring with his family, asked Albert to return to Walnut Grove with them as their son and brother.

Melissa Gilbert revealed why Albert was created on the show. As it turned out, Albert came about from a promise Landon had made to a family during their moment of crisis.

“Albert was the result of a very personal tragedy for Michael and his family,” Gilbert explained. “They had very very close friends… Eleanor and Ray, and their firstborn son, his name was Albert. … Apparently Albert, who was about 18 or 19 at the time, had been riding home in the evening on his bicycle and been hit by a car and killed. As a tribute to Albert Muscatele, Michael created the character of Albert Ingalls.”

Landon explained to People in 1978 what he had promised his friends: “If I ever found a boy who had Albert’s qualities, I would put him on the show and call him Albert.”