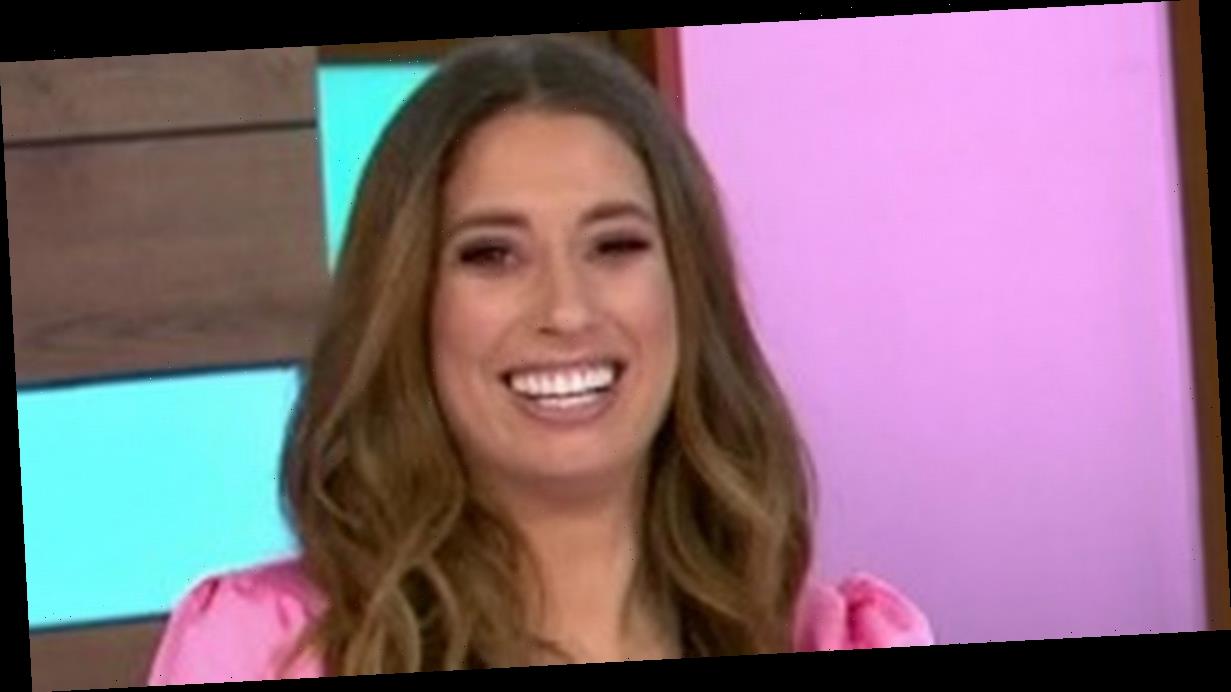 The two pairs were discussing Joe's Dancing on Ice appearance and how his rigourous training has prevented him from spending time with Stacey and their baby boy Rex.

While the mum-of-three has been rink-side for all of his performances she admitted she wouldn't mind if he didn't go far in the competition.

"I hope he got out next week," she said.

After dropping the announcement, both Ruth and Eamonn, and even Joe looked shocked, but she explained the reasons behind her comment.

"I just miss him!" she exclaimed.

When questioned about his relationship with professional skater Alexandra Schauman, the Eastenders actor confessed Stacey is "fine" with his skating arrangement.

He replied: "We’re fine. Alex, she loves Stacey. Sometimes I have to say to her 'we have to stop talking about Stacey and start skating'."

"I think it’s nice – she looks a bit like me," Stacey remarked.

"What do you mean Eamonn?" Joe asked.

Making light of the situation, Stacey exclaimed: "Hold on a second!"

With Joe one of the front runners to bag the top prize, Stacey may be waiting a while for his skating career to run its course.