Lorde: Social media is one of the things making us sick as a society 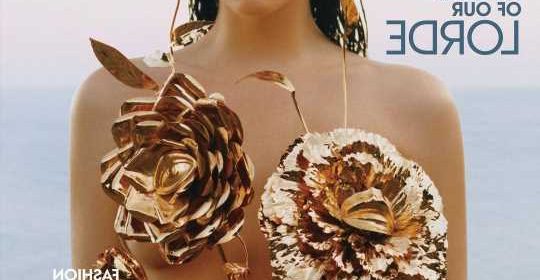 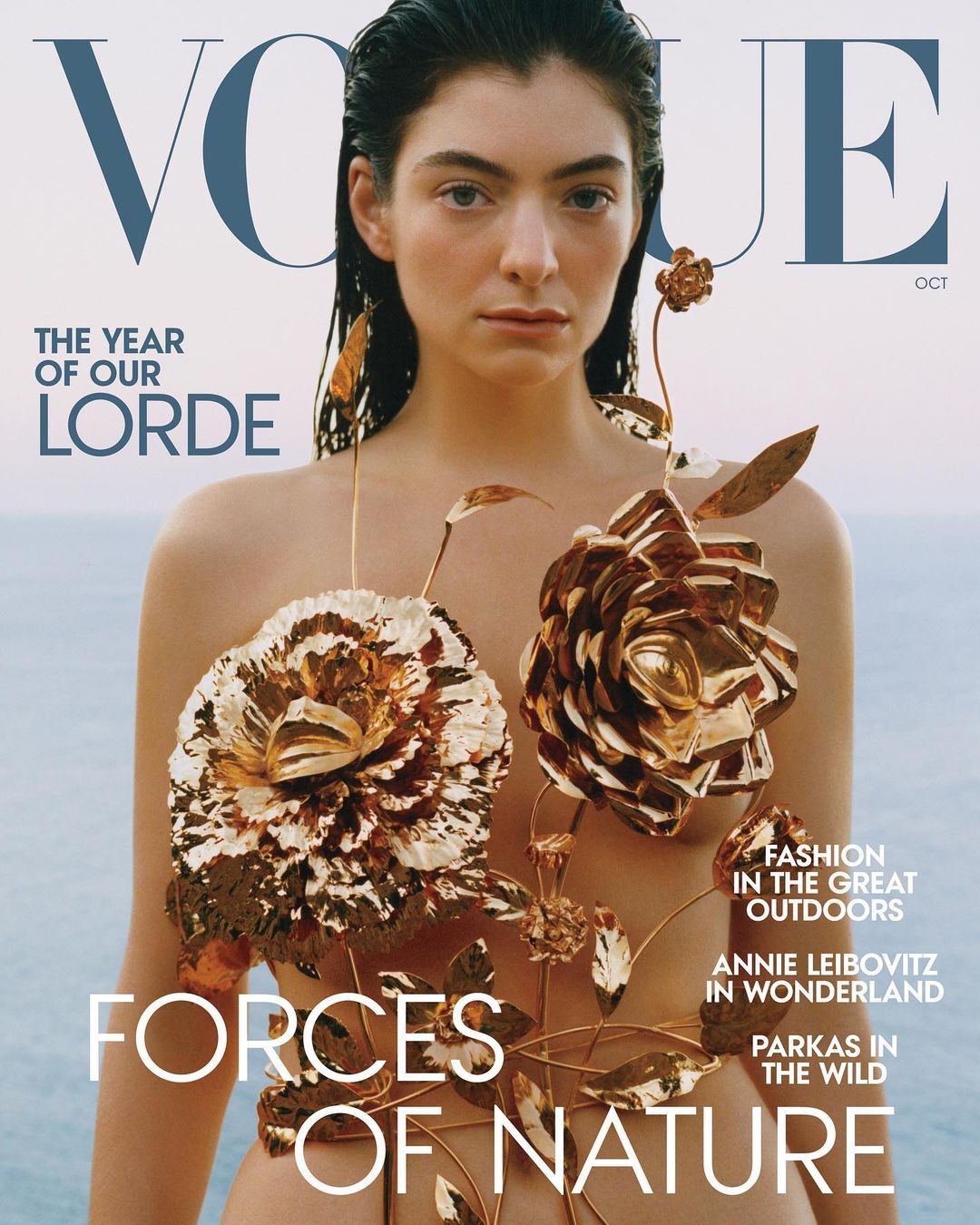 All year, I’ve been halfway expecting Adele or Rihanna to appear on some major magazine cover and suddenly announce that their new album is done and ready to drop. That hasn’t happened… so far. Instead, we’ve got Lorde on the October cover of Vogue. She’s promoting her new album Solar Power, which she announced at the beginning of the summer in a conventional album-announcement kind of way. Lorde is not reinventing the wheel, she is just an offbeat part of the wheel and that’s all fine with her. I like that she’s found a way to be authentic to her outsider roots while still embracing parts of celebrity, and giving herself the space to grow, change and mature from the 16 year old goth youth who seemed uncomfortable with the trappings. You can read the full Vogue piece here. Some highlights:

Her Melodrama pattern: “California was a Cadillac Escalade. All these beautiful young people drinking all this tequila. Then I’d come home to Auckland for two weeks and have a massive blowout party at my house, and have some romantic entanglement happening that was very compelling and confusing, and then sort of leave in a cloud of smoke and go and write about that, then repeat the process.”

She left social media in 2018: “I could sense that it would be very bad for the work and for me if I stayed online. I don’t think I’ve met too many people for whom social media is a net positive. It’s producing crazy chemicals, forming crazy neural pathways that are not rooted in positivity. You don’t want to be the person shaking their finger, and I’m totally aware that it’s an immense privilege, a social privilege and kind of an economic privilege to be able to abstain. But I think we’ve got to be upfront about the things that are making us sick as a society.”

She’s really off-off social media: “I’m not, like, lurking on a Finsta. I’m really off. I think I was known for having my finger on the pulse, so it was actually a huge decision philosophically for me to step back from that. But I started to see the phone as a portal. I can’t keep going through that portal, in the same way that I wouldn’t just take mushrooms all these moments of a day. It’s too deep a tunnel.”

Her alleged long-term relationship with Justin Warren: “I love when all famous people can say is, ‘I’m very happy.’  You can write that she’s very happy. Healthy boundaries.”

On fashion: “I can register fashion as both beautiful and absurd. I do remember that visceral moment”—at the Met gala in 2015—“of thinking, A pharaoh is lying right there, and we’re in couture. But I kind of love it. There’s tons to be gotten from all of it.”

She’s more comfortable putting her body out there: “When I said I felt young for the first time—it meant feeling like I’m confident enough to put my butt out there. I wouldn’t have been able to do that as a teenager. When you’re really famous as a young person, feelings get magnified. At that time, people were discussing my body on Twitter, and the natural response was to shrink away from it. Now I have a sense of my worth and my power, and my body is—awesome, for one thing.”

I enjoy how casually she takes all of this. I mean, she’s a big deal, the prototype for the current era of Billie Eilish and Olivia Rodrigo, the teenage-girl-with-feelings. But Lorde is also the prototype for outgrowing that image and giving herself the space to develop into something else. I’ve seen the reviews complaining about Solar Power, that it’s not as good as Pure Heroine or Melodrama, but I think all of this is a great sign for her career: she’s clearly doing what she wants, she’s in control of herself, her image and her sound, she writes what she wants and she’s fine if you don’t like it too. She’s not trying to act cool – she is cool because she’s indifferent to the daily pop-music wranglings and drama.