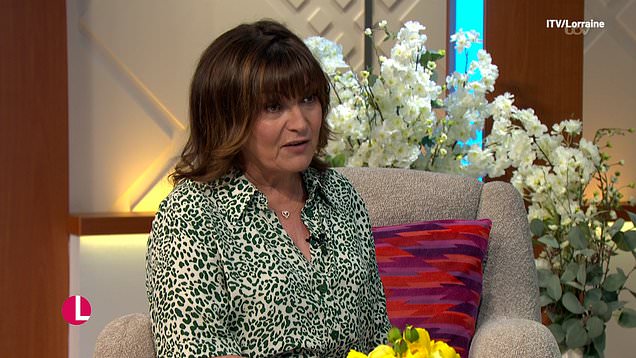 Gareth Southgate’s men’s squad took on Italy at Wembley on Sunday night and suffered a crushing defeat after it went to a penalty shoot-out.

The prince, seven, cheered England on as Luke Shaw booted in first goal of the match just minutes in during a final watched by a record-breaking 31 million people.

He was dressed smartly in a dark blazer and trousers with a blue shirt and striped red and white tie and shared a lovely moment with his mum, the Duchess of Cambridge, after the goal, wrapping his arms tightly around her.

The royal was also left devastated, like the rest of the nation, but the loss that followed as three England players failed to land their penalties.

Speaking on her show on Monday, Lorraine commented that Prince George looked like a minature version of an adult and an England shirt might have been more appropriate.

The presenter laughed: ‘One of the sights that I thought was so hilarious was little Prince George, he was so excited and at the end he was absolutely gutted, the wee soul. 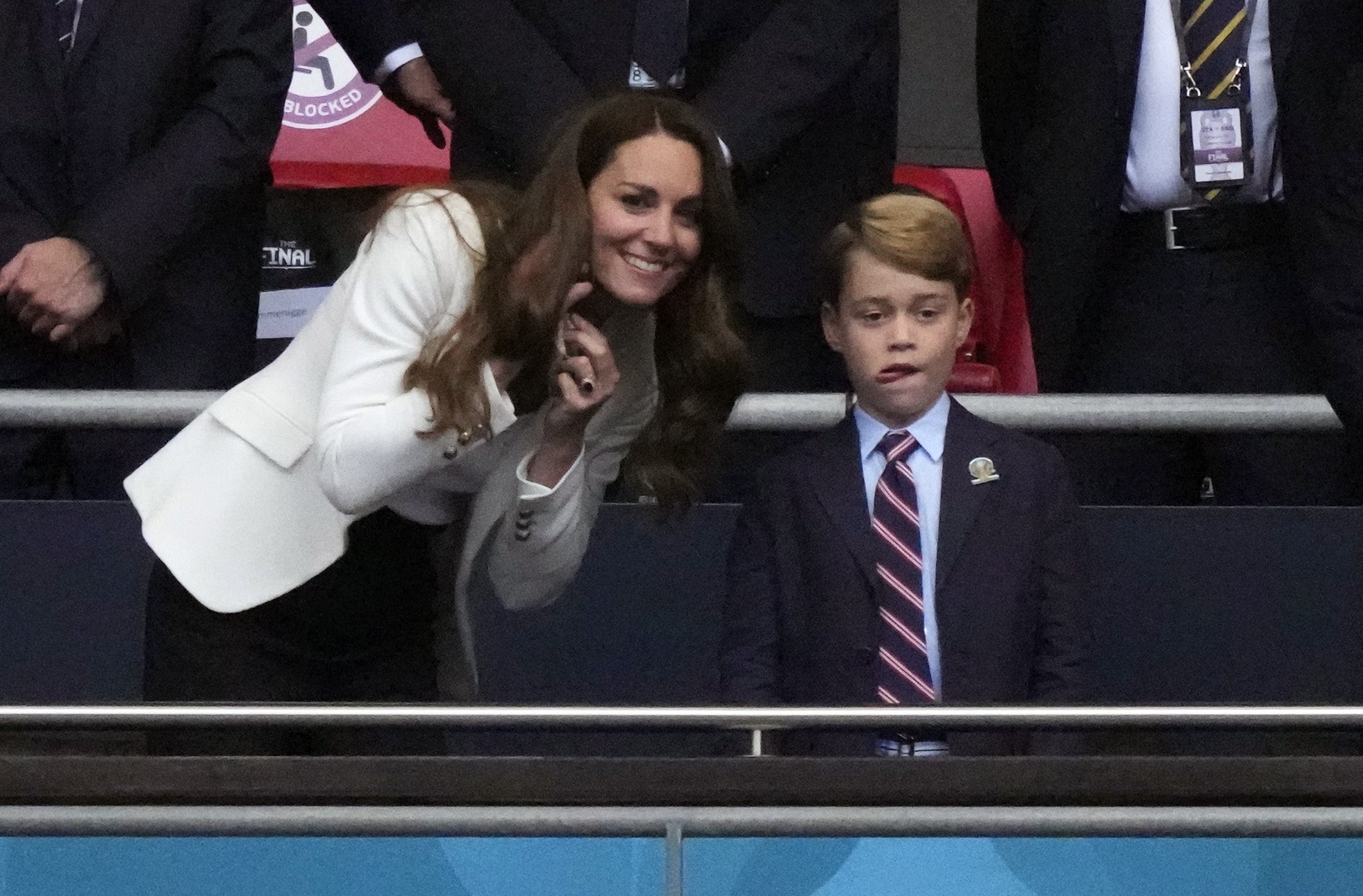 ‘He was a wee cut down man, they had him in a suit and tie. God love him they should have let him wear a football strip, for goodness sake.’

A host of famous faces were in the crowd including Mission: Impossible star Tom Cruise, who fist-bumped David Beckham after England’s first goal, and model Kate Moss.

The players have been shown an outpouring of support from celebrity fans in the wake of the final, including singer Adele who said on Instagram: ‘You did us so proud! You brought our game home and brought us all together,’ she wrote in the picture caption.’

Oasis front man Liam Gallagher also had a supportive message which he shared on Twitter.

‘Gutted about the footy but gotta BIG UP the lads and Gareth Southgate and the fans that was something else we go again on the World Cup peace n love and most of all RESPECT,’ he said.

Britain’s Got Talent star Amanda Holden posed on a moped wearing an England shirt (and only an England shirt), raising a glass of fizz to celebrate the team’s achievement in getting to the final.

She said: ‘It didn’t come home but oh my god do I feel proud of @england and #GarethSouthgate for last nights match. It takes balls to volunteer for penalties 💪🏽 A night never to forget , we came together as a nation ❤️ and we still have the #worldcup next year…’

Singer Rita Ora, TV presenters Kate Garraway and Roman Kemp and actor David Harewood all did their best to cheer England up.

Speaking to the BBC after the game England player Harry Kane, who comforted his tearful wife in the crowd after the match, said: ‘We had a fantastic tournament we should hold our heads up high. It’s going to hurt, but we’re progressing and we can build on this next year. The boys did everything they could, it just wasn’t our night.’