LOVE Island viewers have accused Faye Winter of "bullying" the girls in the villa and claimed the female contestants are "scared" of upsetting her.

The short-tempered star was left fuming last night when she and partner Teddy were among the couples voted "least compatible" by their peers. 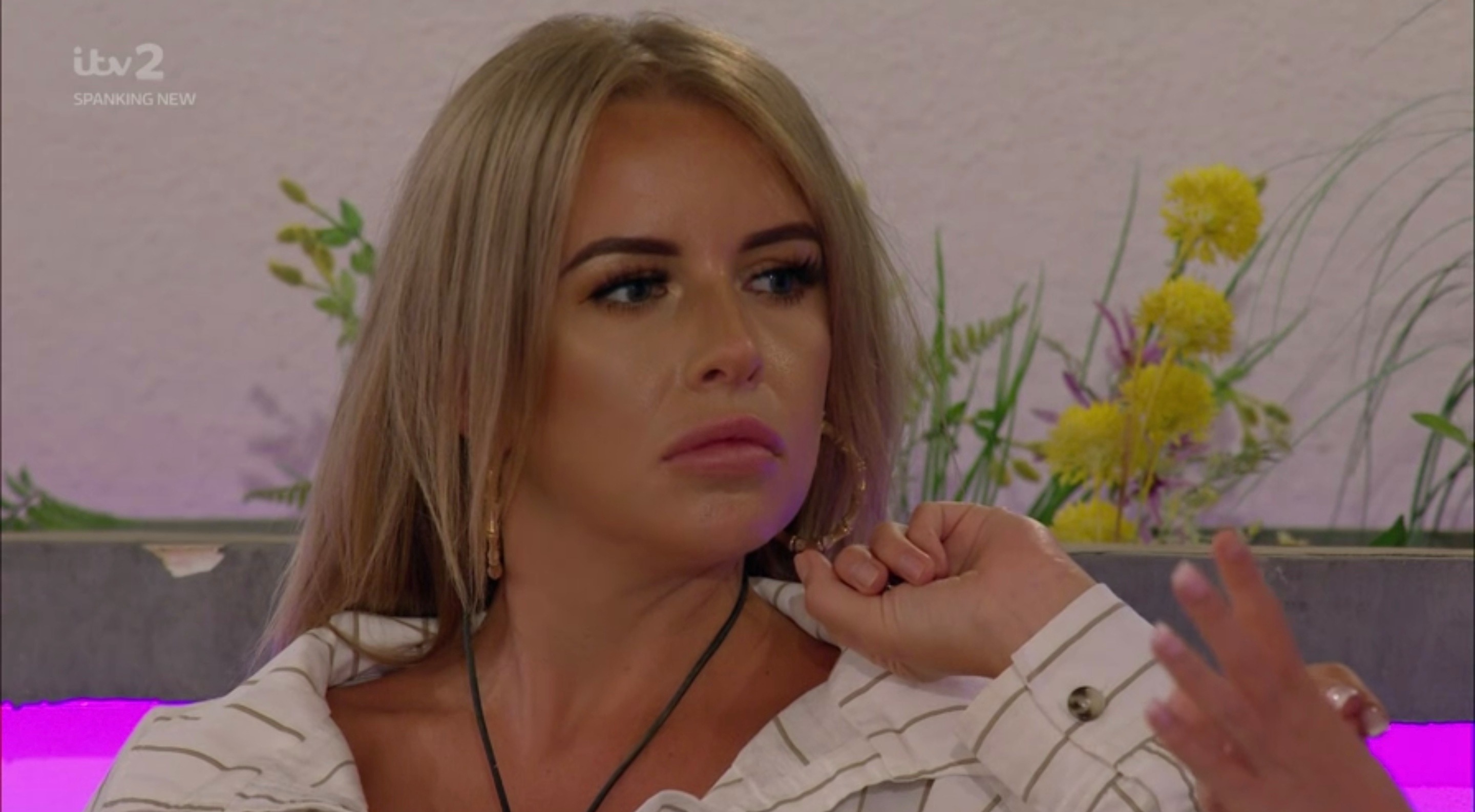 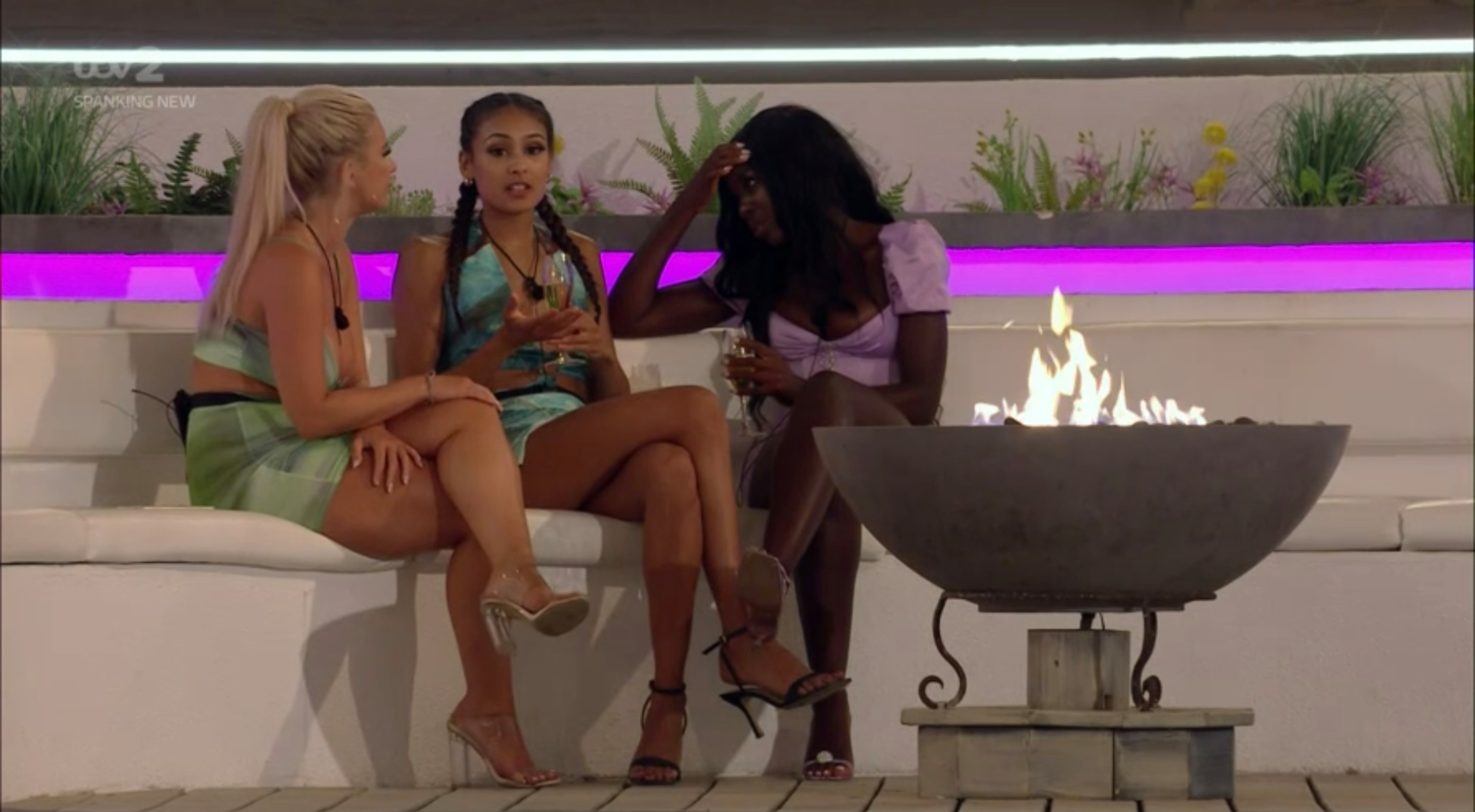 And fans see that Faye is set to cause more drama in the villa, with a sneak peek at tonight's episode showing her kick off at "fake" Jake in an explosive row.

They were in the bottom four alongside Jake and Liberty, Mary and Aaron, and Priya and Brett – who received the fewest public votes and were dumped from the Island.

But Priya was sure to stir the pot before making her exit – pulling Faye to one side and telling her that she and Brett were NOT one of the three couples to vote against them.

The episode ended with a dramatic first look at the next instalment, with furious Faye screaming at Jake by the firepit.

Gesturing at Liberty, she rages: "She is the most genuine person I've ever come across in here and you, outside or in, are a different person and you're p***ing me off now.

In light of the fiery exchange, fans have claimed that the girls in the villa are "scared" of Faye and branded her a "bully".

Writing on Reddit, one viewer penned: "Honestly I agree. No one wants to confront faye because she will BLOW THE F**K UP.

"But I completely understand why they would vote them incompatable especially after the argument.

"I get why people like faye, she's deffinately brought entertainment but she's problematic to say the least," they continued. "And tbh she's shown a lot of unfavourable and bullying qualities.

"Everyone's so quick to say 'it's her trauma it's not her fault' but honestly I just see that typical mean girl bully who shouts over and intimidates everyone whilst also being a bit insecure.

"And we can all relate to being insecure but how faye handles it is toxic" (sic).

Agreeing with the comment, another viewer accused Faye: "I agree wholeheartedly !!

"I have always said this from the beginning Faye is a bully, aggressive, abusive and chaotic and an overall toxic and unhealthy person to be around."

However not all viewers agreed with the harsh criticism of Faye and claimed that the girls were being "cowardly" not owning up to their decision to vote Faye and Teddy as the least compatible couple.

A viewer shared: "She [Faye] only 'blows' up when it seems like someone has lied to her and doesn't just tell her what they've done.

"The girls are just being cowardly now because they don't want to deal with the fallout of them choosing a supposed good friend over a total newbie to be shoved from the villa.

"This whole scared narrative is bull***t."

Echoing those sentiments another shared: "They’re not scared they’re guilty and it’s so obvious.

"They had 1000 opportunities to tell Faye that they felt the 2 of them were incompatible and they never did.

"Even Faye was saying it herself and they didn’t agree they did the exact opposite and told her it was nothing.

"At one point Millie said something like 'you’re just self sabotaging' they jumped in the pool and celebrated when they got back together and were all rooting for them 2 to get back together when they were apart.

"If you felt they were incompatible there were thousands of moments you could’ve spoke up but instead you did the EXACT OPPOSITE you said they’re good together and actively rooted for them to get back together after their fight.

"They’re all fake and spineless and know they’ve snaked Faye and what they are feeling is guilt not fear, can’t be that scared of Faye when they all voted for her, please."

Viewers will just have to tune into tonight's episode to see how the drama unfolds. 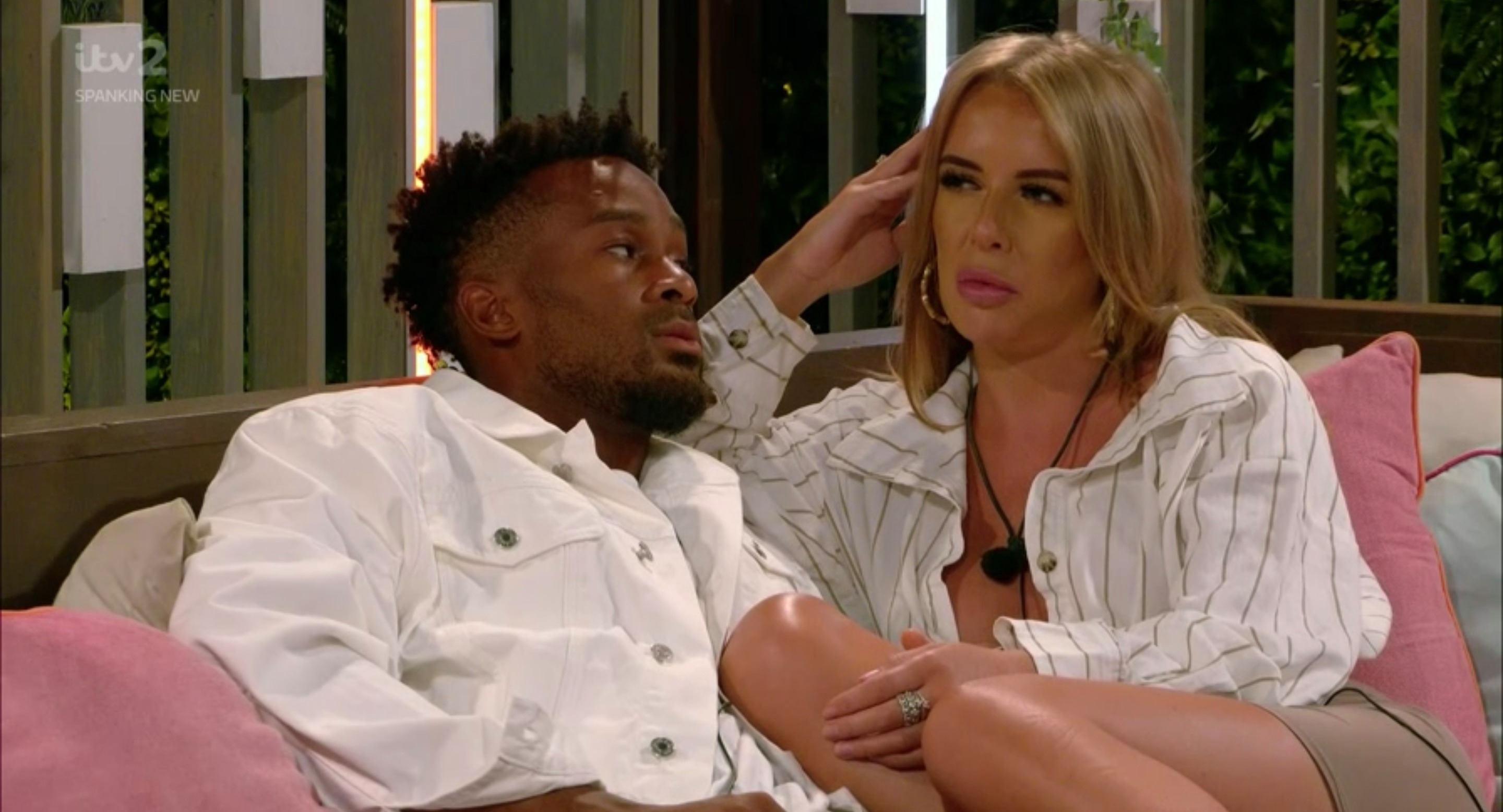 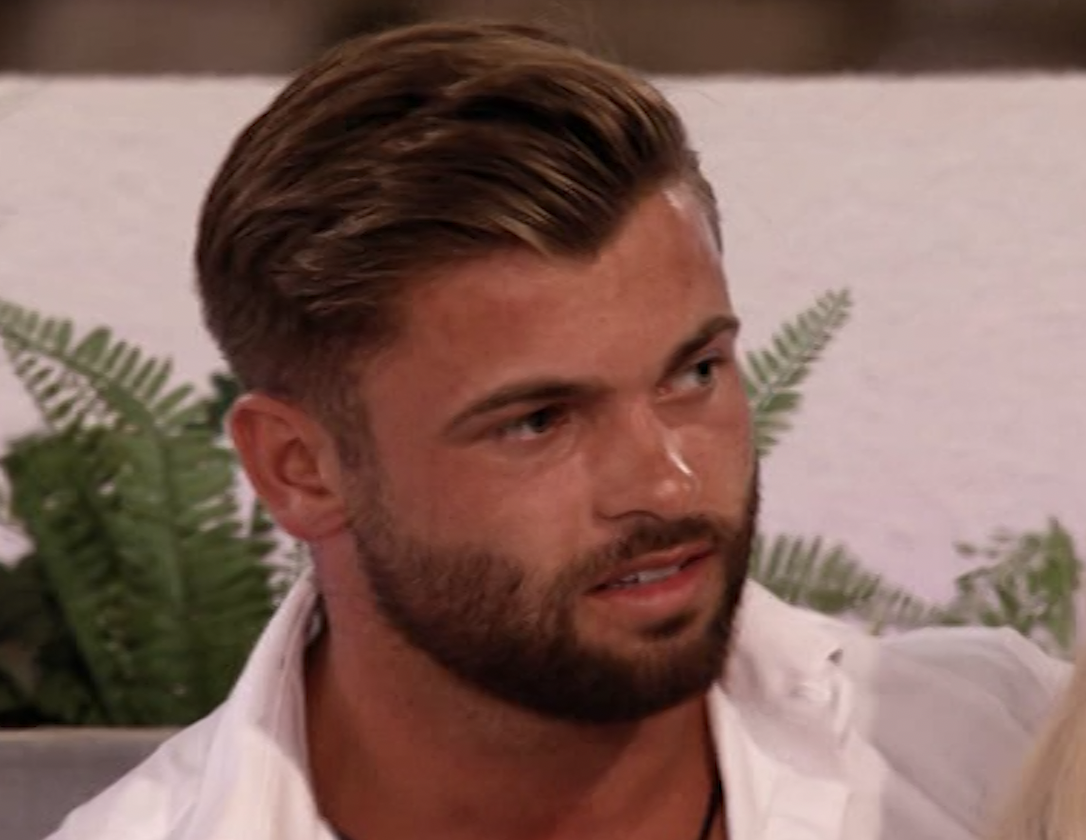