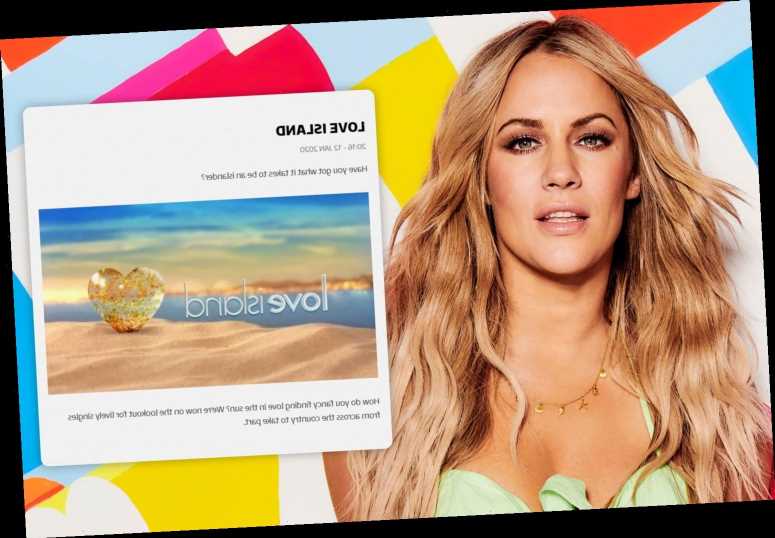 LOVE Island is returning this summer – with an advert calling for sexy singletons to apply despite calls for the show to be axed.

The future of the ITV2 dating series was up in the air following the tragic death of former host Caroline Flack on Saturday. 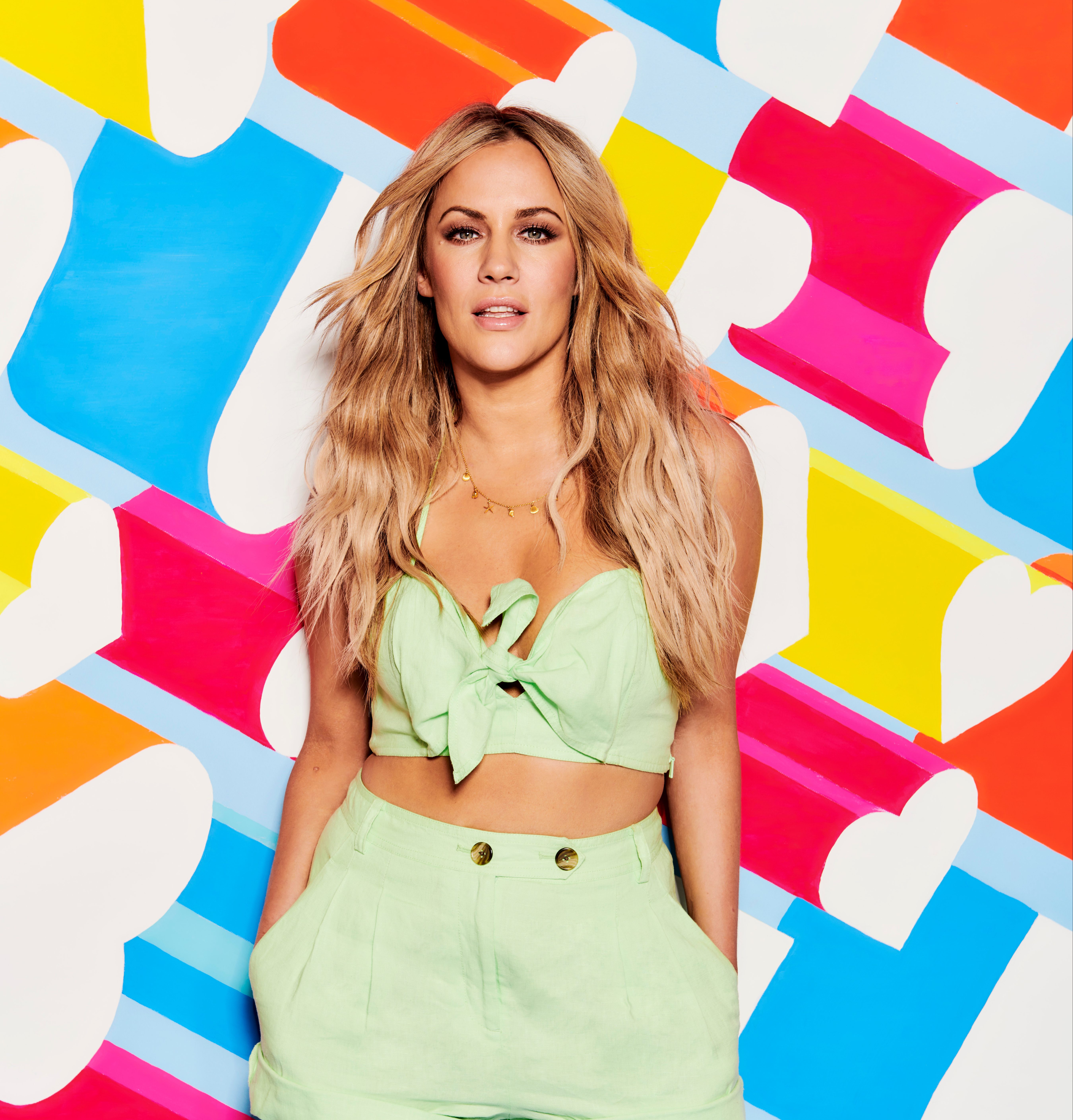 The 40-year-old star was found dead in her London flat after taking her own life.

The current series of Love Island was taken off air for two nights before returning to our screens on Monday for the final week.

Despite a backlash from critics, ITV are now calling on the nation's singletons to apply for this year's summer series.

An advert shown on the channel's Be On TV website asks: "Have you got what it takes to be an islander?" 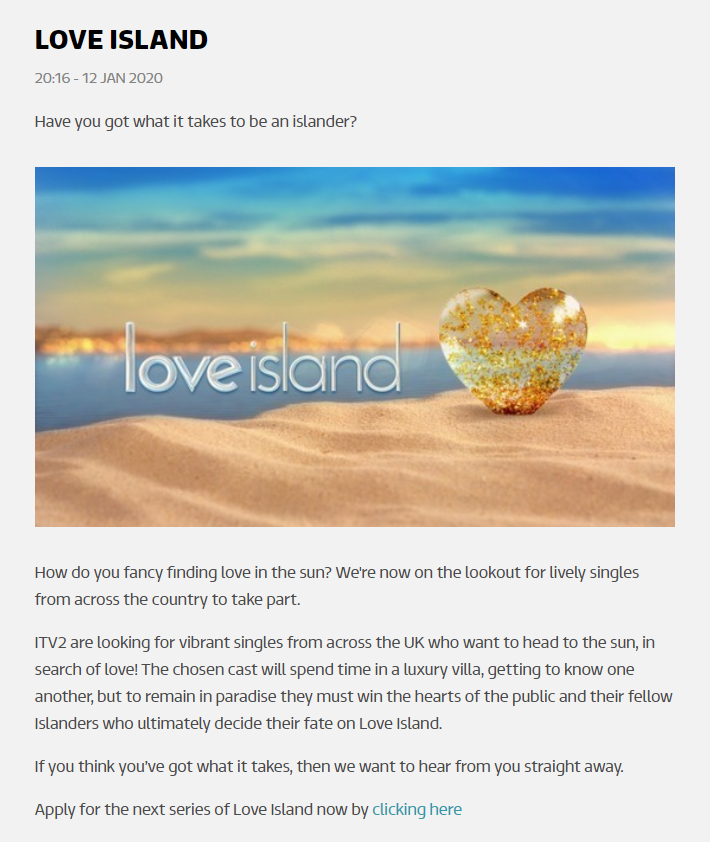 Beneath the Bafta-winning programme's iconic logo, it continues: "How do you fancy finding love in the sun? We're now on the lookout for lively singles from across the country to take part.

"ITV2 are looking for vibrant singles from across the UK who want to head to the sun, in search of love!

"The chosen cast will spend time in a luxury villa, getting to know one another, but to remain in paradise they must win the hearts of the public and their fellow Islanders who ultimately decide their fate on Love Island.

"If you think you’ve got what it takes, then we want to hear from you straight away." 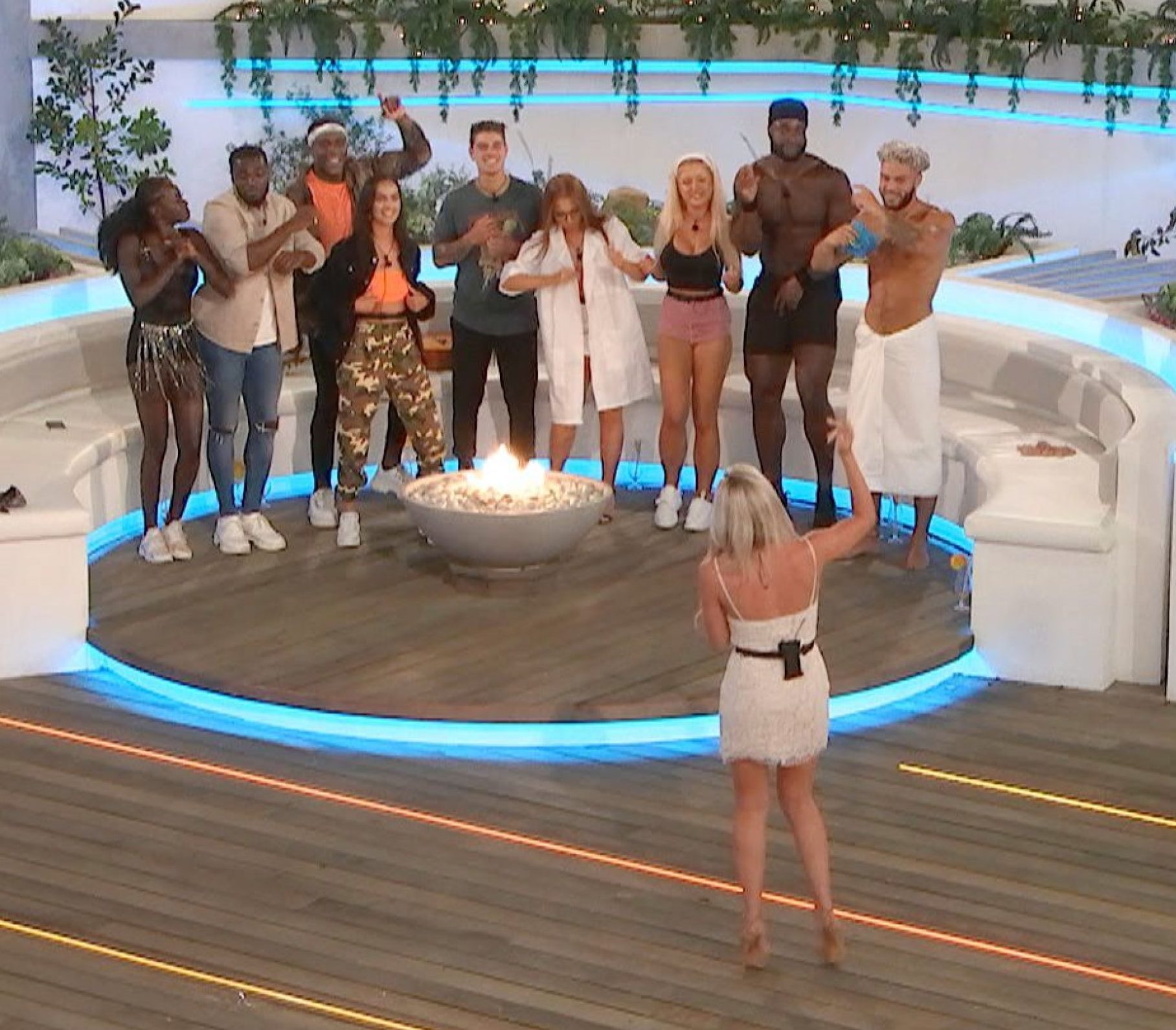 It then has a link to the application form.

The advert was first posted on 12th January and states the last date for applications is 30th April – with a note that the date could be extended.

A rep for Love Island had no comment when approached by The Sun Online.

We previously revealed that Love Island bosses were in talks for six hours following Caroline's death to discuss the show's future. 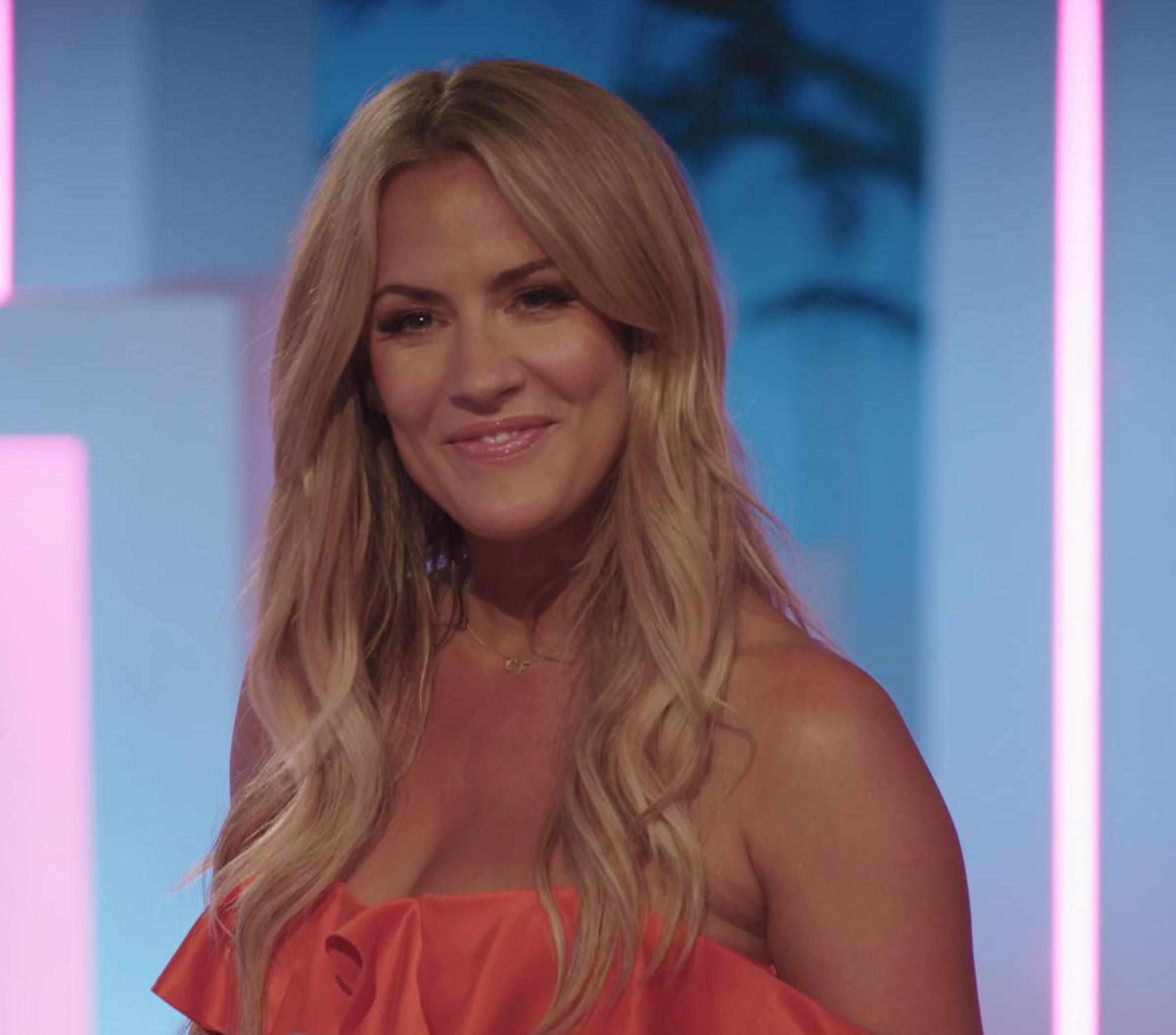 It is ITV2’s biggest ratings hit, but has now been linked to three deaths with former Islanders Mike Thalassitis and Sophie Gradon also taking their own lives after appearing on the show.

A source said at the time: "The tragic news about Caroline saw a last-minute meeting called.

"Love Island is commercially huge but those with vested interests are concerned about its effect.

"There was talk of resting it for a series and even taking it out of production for the foreseeable future." 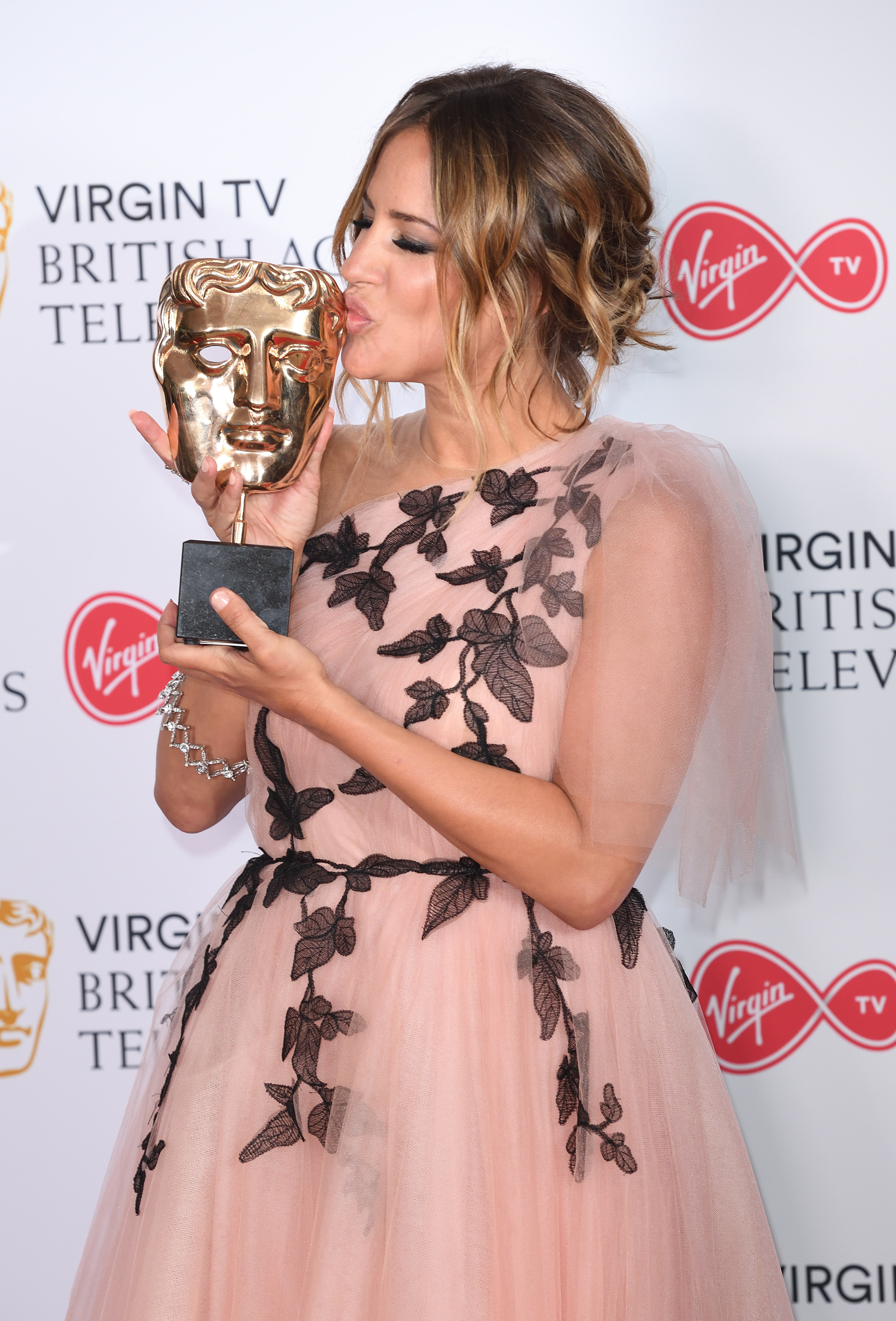 More aftercare was brought in last year including therapy plus training on social media and money management.

A source added: "Love Island has been tarnished by what has happened and even though the aftercare system for contestants was overhauled this year, it feels there is still a long way to go.

"It’s vital they get this right for the sake of contestants and those who have worked – and are working – on the show." 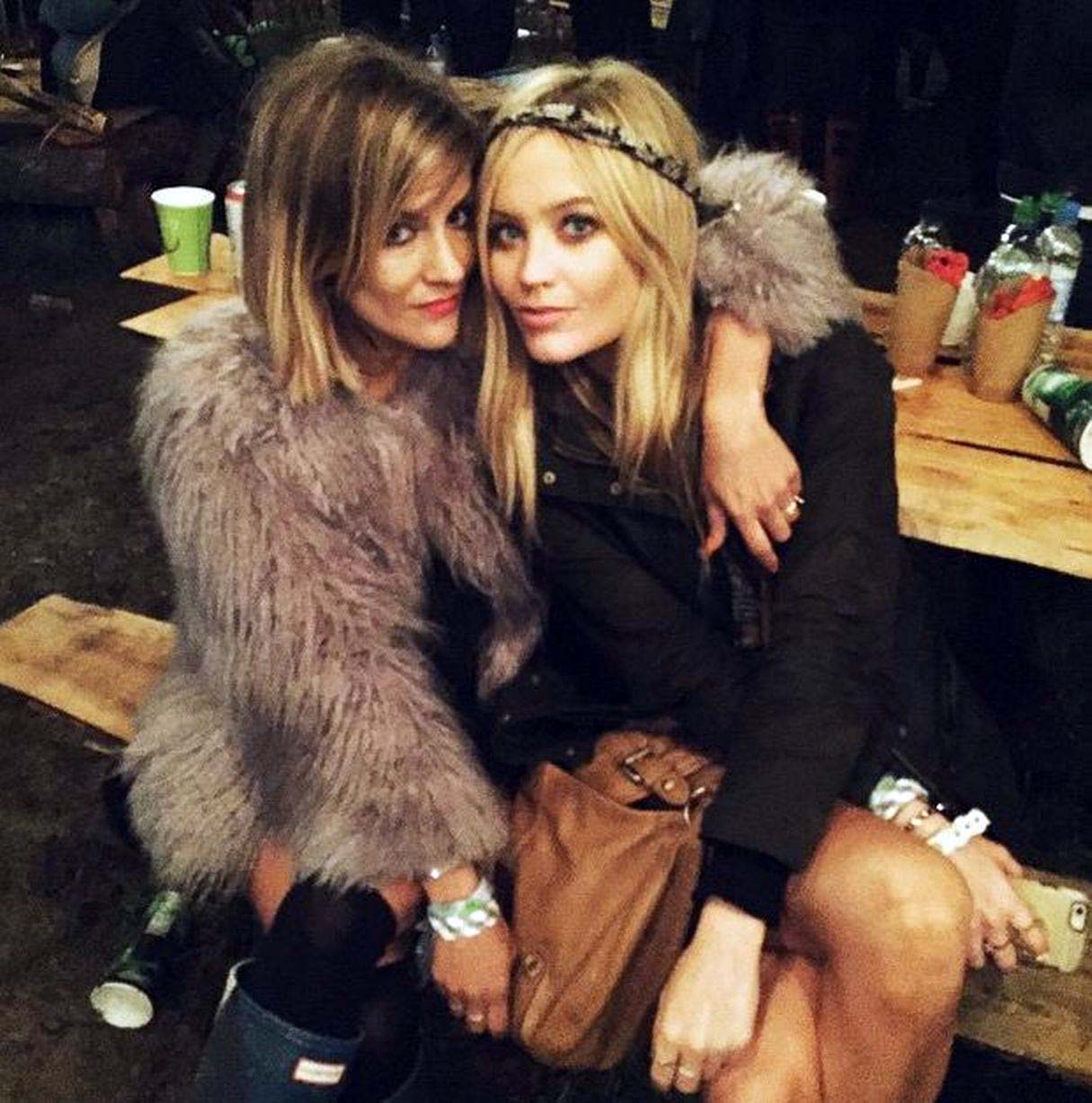 Caroline became the host of Love Island in 2015, when ITV revived the dating series after it'd originally featured celebrity contestants.

She stepped down from presenting the winter series in December, with Laura Whitmore being drafted in as her replacement.

Caroline's devastated family announced the tragic news of her passing on Saturday evening, saying in a statement: "We can confirm that our Caroline passed away today on the 15th February. 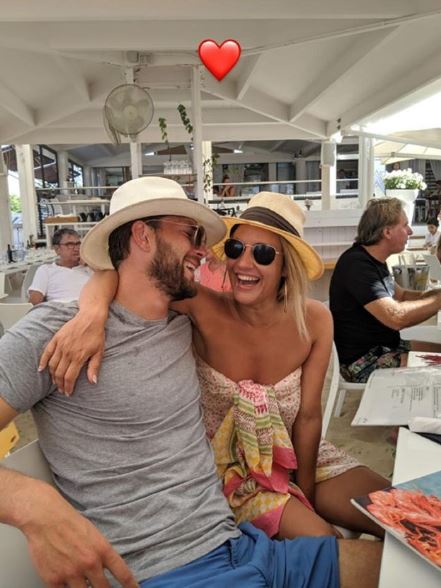 EVERY 90 minutes in the UK a life is lost to suicide.

It doesn't discriminate, touching the lives of people in every corner of society – from the homeless and unemployed to builders and doctors, reality stars and footballers.

It's the biggest killer of people under the age of 35, more deadly than cancer and car crashes.

And men are three times more likely to take their own life than women.

Yet it's rarely spoken of, a taboo that threatens to continue its deadly rampage unless we all stop and take notice, now.

That is why The Sun launched the You're Not Alone campaign.

The aim is that by sharing practical advice, raising awareness and breaking down the barriers people face when talking about their mental health, we can all do our bit to help save lives.

Let's all vow to ask for help when we need it, and listen out for others.

If you, or anyone you know, needs help dealing with mental health problems, the following organisations provide support:

"We would ask that the press both respect the privacy of the family at this difficult time."

The TV presenter was due in court next month for assaulting boyfriend Lewis Burton, having always insisted her innocence.

She took her own life just hours after she was told that the CPS were pushing ahead with the trial – despite Lewis' pleas to drop the case.