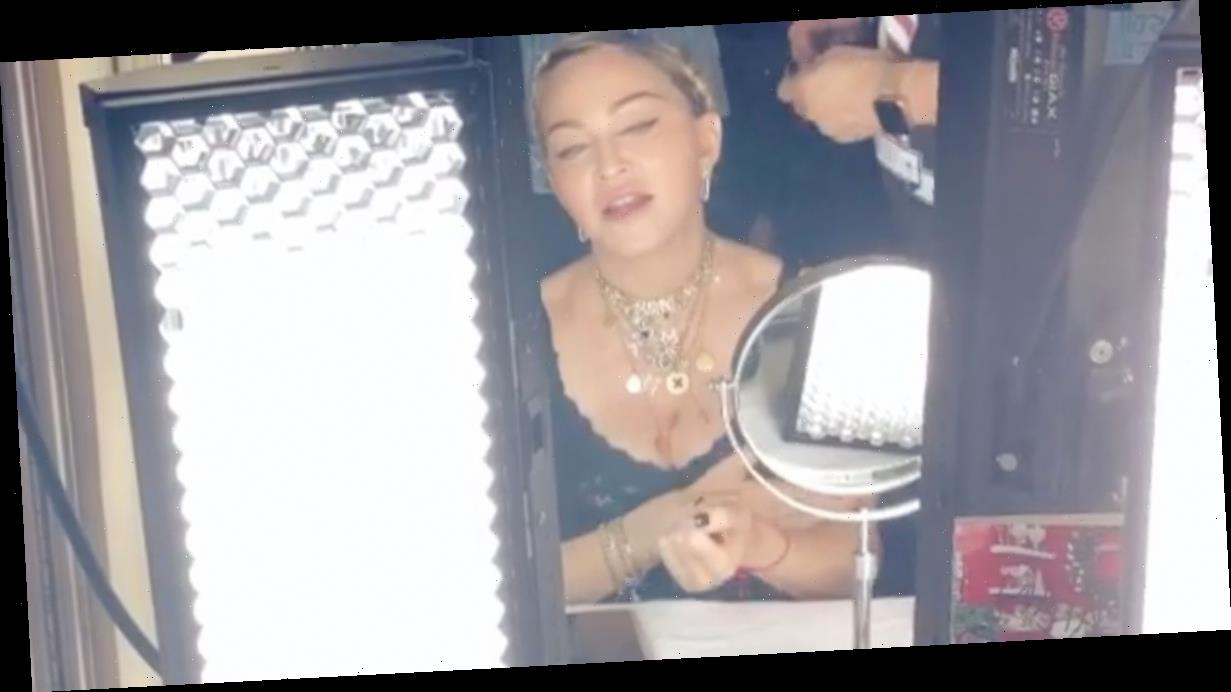 Madonna has begged Prince Harry and Meghan Markle not to leave the UK and move to Canada, as they recently announced they had planned to do.

Instead, Madonna, 61, has offered them a sub let in her New York apartment, which she advertised to them on her latest Instagram video.

She branded Canada "boring", and claimed New York was much better than Buckingham Palace, which only has "a bunch of guys in wooley hats" to offer, she said.

In the video, the Material Girl hitmaker is sitting at her dressing table with jazz playing in the background, her male friend filming her in the mirror. She sits thoughtfully as her hair stylist fixes her stress into an elegant plaited up-do.

"Don't run off to Canada. It's so boring there," she declared.

Her eyes lit up as she had an idea: "I'll let them sublet my apartment on Central Park West!"

She added: "It's two bedroom, it's got the best view of Manhattan, it's got an incredible balcony."

She seems convinced that the couple, who recently announced their plans to step back from life as senior royals, will love her apartment.

"No, Buckingham Palace has got nothing on CPW," she exclaimed.

"It's better, that's for sure," agreed her male companion.

"Better than a bunch of guys in wooley hats," added Madonna, referring to the soldiers outside Buckingham Palace.

She captioned the video: "Do Megan and Prince Harry want to sublet my apartment on Central Park West?? …………… #madamextheatre#thelondonpalladium".

The pop icon has recently been forced to cancel more shows on her Madame X tour on doctor’s orders.

Apologising for the cancellations, she told fans doctors have told her she must cancel more gigs and claimed that it's a “miracle” she’s been able to get this far on the tour.

Madonna also revealed that she has to do six hours of rehab every day due to her injury while travelling the USA and Lisbon on her tour so far.

Last week kicked off what should have been a 14-night run at London's Palladium for the Like A Virgin songstress, having cancelled ten previous gigs on the Madame X tour due to illness.