IF you're a fan of minty chocolate you're going to love the new Mint Maltesers biscuits.

The mini biscuit bars are now available in Asda and Sainsbury's for just £1.49 a pack. The biscuits will also be coming to Tesco stores from October. 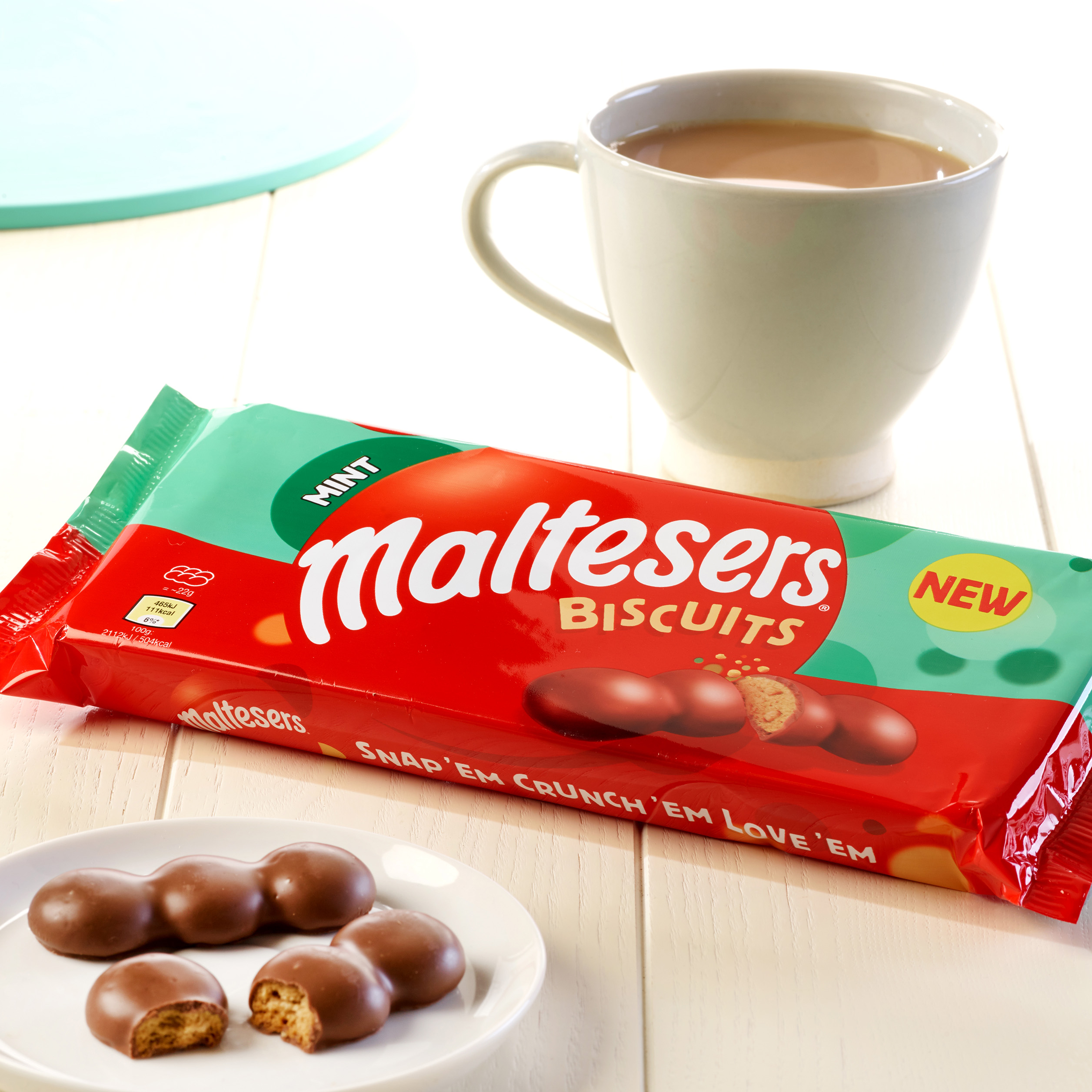 Each pack contains ten of the biscuits, which are made up of three, light seriously minty, malty bobbles, smothered in smooth milk chocolate.

That means each biscuit costs you around 15p.

With ten biscuits in each pack, Maltesers says they are perfect for sharing them friends, family and colleagues.

At the same time, with only 111 kcals in a two biscuit serving, you could just choose to keep them all to yourself, to enjoy throughout the week.

Plain chocolate versions of the biscuits were released earlier this year, but now Mars – who makes the biscuits – has added mint to their offering.

Asda sells the plain versions for £1.50 per pack online, but at the moment the mint option is only available in stores.

Sainsbury's also sells the plain versions online for £1.50 and the supermarket doesn't have the mint versions on its website yet either.

That means for now you'll have to go into the stores themselves to get your hands on the delicious minty bars.

In February this year, Maltesers also launched mint buttons in the UK, to much excitement from fans.

The buttons are available in UK supermarkets in a range of sizes including: