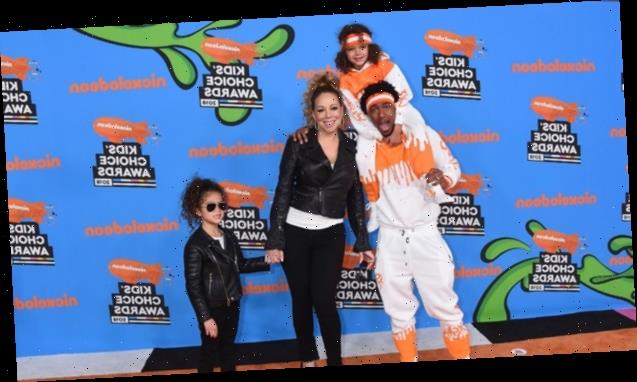 Mariah Carey and Nick Cannon have provided glimpses into the lives of their twins Moroccan & Monroe over the years. Turns out the 8-year-old’s are just like the millions of other kids out there outside of their parents being superstars.

“Mariah and Nick know their kids are really talented and just want them to be happy, so if singing makes them happy, they totally support it,” an insider dished to HollywoodLife EXCLUSIVELY on Sunday, February 16. “The kids do a lot of things together. They have several activities they do. They’re also into sports like karate. They are very well rounded, kind kids and both are quiet and shy a lot of the time, too. They’re also very studious and they both get really good grades. They are actually pretty strict parents and keep them on a very strict schedule. They’re very normal kids.”

The A-list celebs have acted like the proudest of parents to their adorable little ones, especially on their individual social media accounts. Both Mariah and Nick constantly post photos and videos of Moroccan & Monroe as they continue to grow while showering them with a ton of love in the process. The “Don’t Forget About Us” songstress shared a “happy moments” pic with her twins on January 18 where they all celebrated her induction into the Songwriters Hall of Fame.

Mariah and her babies were together on Valentine’s Day as well this year. The party-of-three posed for a cute snap after she took to the stage in Las Vegas on Friday, February 14. Her boyfriend of almost four years Bryan Tanaka, 36, was also there for her big night where the two enjoyed some major PDA time with one another. They began dating in October 2016 right around the time that her divorce from Nick was finalized.

Watch out! Their daughter Monroe looks to be getting on the shady train early in her life (who could forget Mariah’s infamous “I don’t know her” clip). She made fun of all the people attempting to hit one of her mother’s legendary high notes in a hilarious clip posted on social media on Saturday, February 15.