This is as ridiculous as the amount of sunscreen that was on Mark Zuckerberg’s face.

Last summer, the Facebook CEO was photographed surfing in Hawaii with what can only be described as an entire bottle’s worth of sunscreen slathered all over his face. 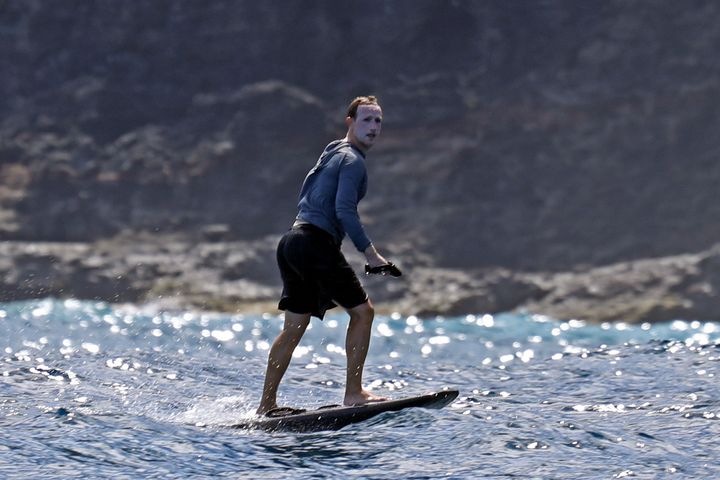 And although the Facebook CEO’s skin was certainly safe, he got a ton of burns on Twitter.

In an Instagram Live chat Monday with Instagram head Adam Mosseri, Zuckerberg revealed why he looked like the Joker took up a watersport, and it’s, um, bizarre.

Basically, he said he saw paparazzi following him and used the sunblock to disguise himself.

“I noticed there was this paparazzi guy following us, and, so I was like, ‘Oh, I don’t want him to recognize me, so you know what I’m gonna do? I’m just gonna put a ton of sunscreen on my face,’” Zuckerberg said. “And that backfired.”

Zuckerberg also admitted he’s a “pretty pale person,” gets burned easily doing outside activities in places like Hawaii, and “wants to stay healthy.”

And although his reasoning is about as logical as creating a disguise so outlandish that it attracts even more attention, we suppose he’s trying to have a good sense of humor about that whole thing.

“If someone wants to post a sunscreen meme, it’s cool. I’m happy to give the internet some laughs,” he said … although that had clearly already been done.