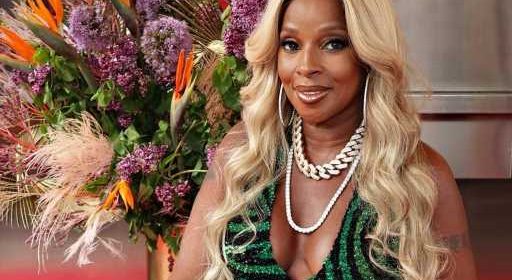 Mary J. Blige‘s status as an entertainment icon is undeniable. The Grammy-winning singer and Oscar-nominated actor has a magnetic presence on stage and on screen, and she rose to fame at a time when R&B singers increasingly showed off their dance talents.

Mary J. Blige first burst on to the scene in the early 1990s and was quickly dubbed “the Queen of Hip-Hop Soul.” Blige combined her hip-hop swagger with the emotional intensity of soul in her music, and presented it all in a popular R&B package.

As Blige continued to rise throughout the ’90s and ’00s, she became increasingly known for her live performances. She’s become known especially for her dance moves while on stage.

While Blige doesn’t claim to be a professional dancer with intense choreography on the level of someone like Janet Jackson, she still works in fun moves into her performances. Her moves have led many other celebrities to offer their own take on “the Mary J. Blige dance,” including none other than Beyoncé.

Blige’s love of dance dates back to her adolescence. She first became interested in singing and dancing when she watched her mother at home from an early age. “Singing was the escape for me,” Blige said honestly in her 2021 documentary Mary J. Blige’s My Life. “Singing made me forget that we were struggling so much. It just made me forget that iI was going through what I was going through. Even as a little girl, I had insecurities and I was always blue and always sad, but singing made me feel free.”

In a 2006 interview with Rolling Stone, Blige spoke about her love for dance that dated back to her high school days.

“I was really, really good,” she remembered. “I was a pop-locker. I used to battle guys in the hallways. And as far as the electric boogie and all that goes, I was nice. I still think I’m nice. I wouldn’t do it in public, but if I did, I wouldn’t embarrass myself.”

Blige’s days of pop-locking and doing the electric boogie are behind her, but the “I’m Goin’ Down” singer still loves to get down. A 2018 Blavity article detailed many of Blige’s go-to moves when performing on stage, either alone or with special guests.

At a concert in 2016, for example, Blige and Diddy shared the stage and got into a dance-off with each other; Blige’s moves were described as a “robotic milly-rock.” Another routine, dubbed “the stage-owner,” involves Blige walking to every corner of the stage while bobbing back and forth with the beat.

Perhaps her most well-known move, however, is the “classic Mary two-step.” Similar to the “robotic milly-rock,” Blige moves her arms and legs and catches every other beat with a pose.