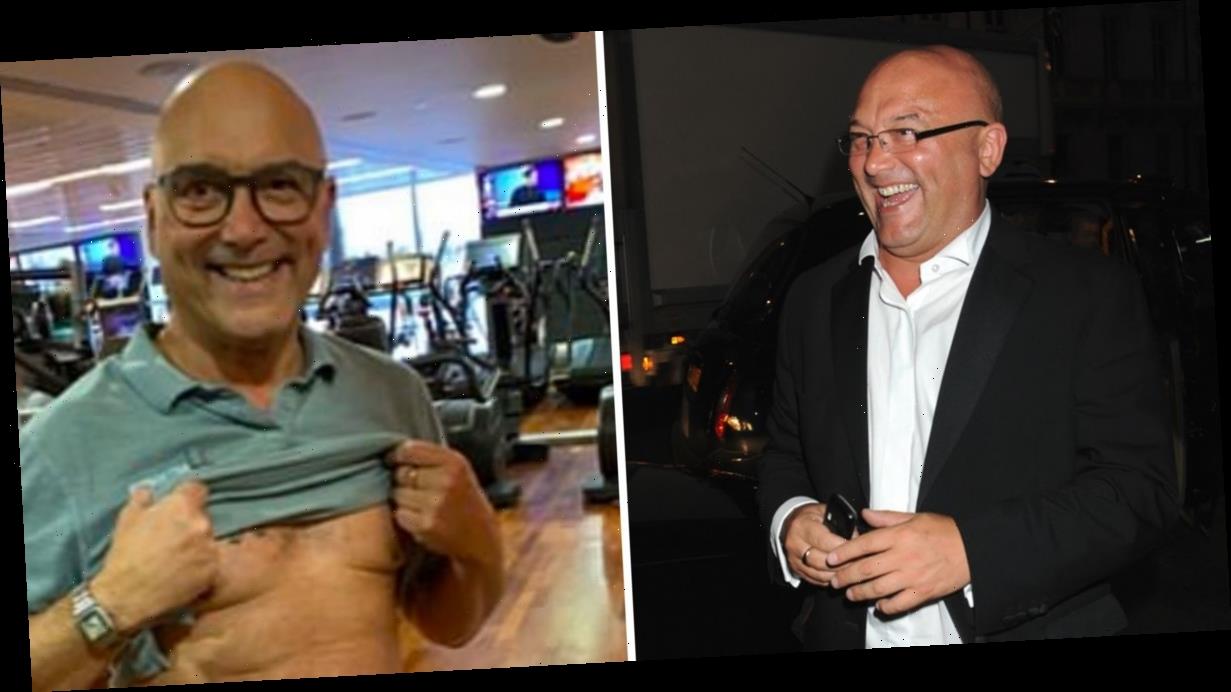 The TV chef, 55, revealed that he has achieved his goal during the coronavirus lockdown after fearing his gruelling routine would take a hit.

Taking to social media, Gregg revealed that he now weighs just under 12 stone.

He wrote: “Good morning it's 6am, I'm going to do some exercising. I’ve hit my goal weight, I'm now just below 12 stone which means I've lost four stone.”

It comes after the proud dad vowed to get in shape in 2017.

A previous Weight Watchers ambassador, he revealed to Good Morning Britain that he was kicking off his new healthy lifestyle regime by cutting out certain indulgences.

He said: “Let’s just say there are certain things you have to cut out. I reduced the booze, I’ve had to give up fry ups and I exercise more.”

He also told The Sun that he’d adapted his favourite meals to healthier versions.

He said: “Don’t cut out things you like – it will just make you miserable.

“I’m a huge fan of curries, chillies and stews and it is still possible to lose weight and eat hearty meals.

“Think about cooking with meats such as chicken and pork – all the things that don’t have much fat. Use lean mince to make chillies, fill up with tasty stews stuffed full of healthy, low-calorie veg.”

He added that he felt much better since his health overhaul.

“It has been a gradual lifestyle change. I now feel fit and strong because of it. But only you can move yourself into a healthier place.”

Gregg met his fourth wife, Anne-Marie Sterpini, in 2013 via Twitter and they were married by 2016.

After struggling to conceive for two years via IVF, they welcomed their son, Sid, in May 2019 by conceiving naturally.