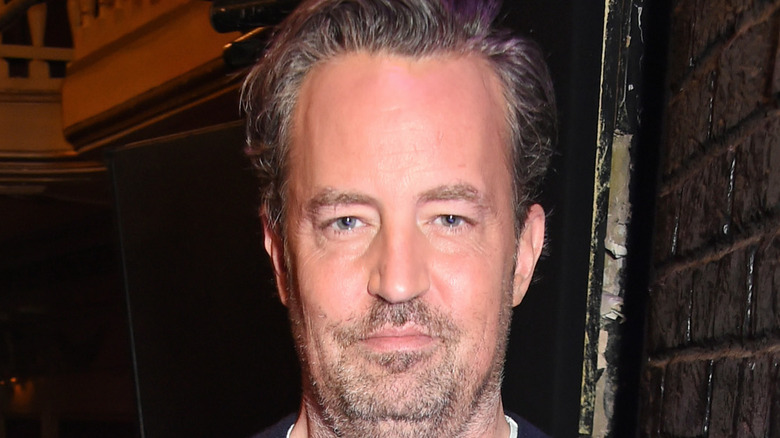 Matthew Perry is best known for playing the role of Chandler Bing on the hit NBC series “Friends.” The actor, along with his co-stars Jennifer Aniston, Courteney Cox, Lisa Kudrow, Matt LeBlanc, and David Schwimmer, cemented their place in pop culture history during their run on the popular show (via ET Canada). Perry may be well known for portraying Chandler, the awkward and sarcastic husband of Cox’s character Monica, but he’s also recognizable for his roles in films such as “Fools Rush In” and “The Whole Nine Yards” (via IMDb). Since “Friends” ended in 2004, Perry has also appeared on other television shows such as “Go On” and “The Odd Couple.” He also reunited with his former co-star, Cox, on her television series “Cougar Town.”

Although he’s played many different characters on television and in movies, Perry says that Chandler always has a special place in his heart. “Oh, I mean, I loved playing Chandler. That was, you know, I grew up sort of playing that part. I would say probably in all honesty it’s Chandler,” Perry told Daily Actor back in 2012 when asked about his all-time favorite role. Now the actor is taking his love for his “Friends” character to the next level and launching a brand new business inspired by his famous character. However, not everyone is on board with his branding. 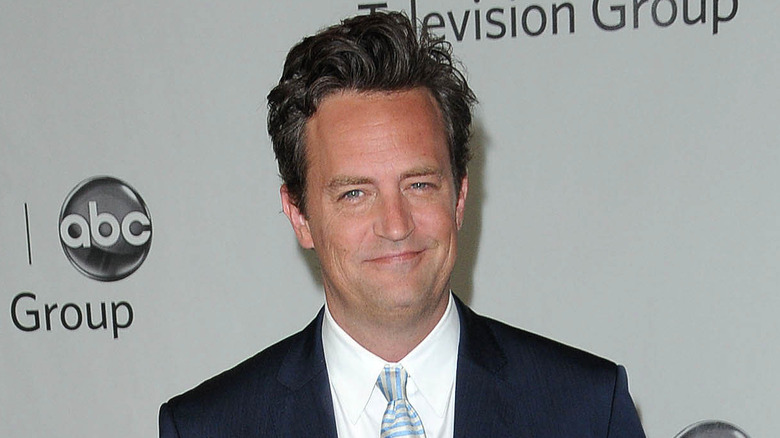 According to Good Morning America, Matthew Perry — who has a stunning net worth — has started his very own clothing line, and of course, the actor’s products are inspired by his iconic character Chandler Bing. The items on Perry’s website include a shirt that says, “Could I Have Had A Longer Day?” as well as dog accessories such as a bandana that reads, “Could I Be More Of A Dog?” However, the most talked-about piece from the collection is a shirt that states, “Could I Be Any More Vaccinated?” which Perry modeled via his Instagram account. The post quickly racked up more than 1 million likes, including one from his former “Friends” co-star Jennifer Aniston. Famed soccer star David Beckham also took to the comments section to reveal that he “needs” one of the shirts.

However, not everyone found the shirt cute. The New York Post reported that some fans immediately began to criticize the actor for profiting from the COVID-19 pandemic. “Making money from a t-shirt relating to vaccines is in bad taste. Could I BE any more annoyed,” one person stated. “Just propaganda machines for life huh? That’s all celebs are anymore,” another commented. The outlet revealed that HBO Max, which will begin streaming the “Friends” reunion on May 27, 2021, refused to comment on the situation. To date, Perry hasn’t spoken out about the controversy.