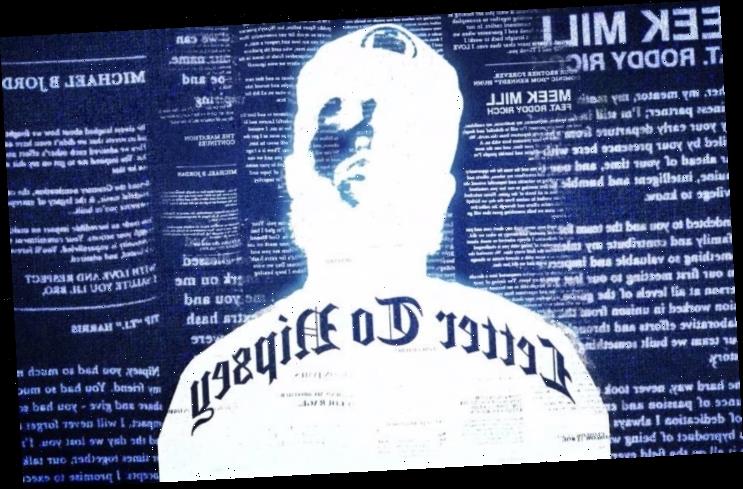 The ‘Going Bad’ releases ‘Letter to Nipsey’ after honoring the slain MC in an all-star performance with DJ Khaled and John Legend at the 62nd Annual Grammy Awards.

AceShowbiz –Meek Mill has paid tribute to his pal, the late Nipsey Hussle, on his new tune, “Letter to Nipsey”.

The rap star was remembered with an all-star tribute featuring the likes of Meek, DJ Khaled and John Legend at the 2020 Grammy Awards on Sunday, January 26.

Following the performance, the “Going Bad” star dropped his own personal message to the slain star in the form of the new tune, featuring Roddy Ricch.

“And I ain’t finna sit here and act like I’m your main homie/ But when we lost you it really put some pain on me,” Meek raps. “Got me scared to go outside without that thing on me/ When everybody went against me you ain’t change on me.”

Meanwhile, Roddy speaks about how Nipsey changed his life, his reaction to the late rapper’s death, and more during his own verse.

All proceeds from the track will benefit Nipsey Hussle’s family, Atlantic Records confirmed.

Nipsey died on March 31, 2019 after he was shot outside his Marathon Clothing store in Los Angeles. He was 33.

The star was posthumously honoured at the 2020 Grammy Awards, winning the Best Rap Performance prize for “Racks in the Middle”, featuring Roddy Ricch & Hit-Boy, and Best Rap/Sung Performance for his appearance on DJ Khaled’s tune “Higher”.