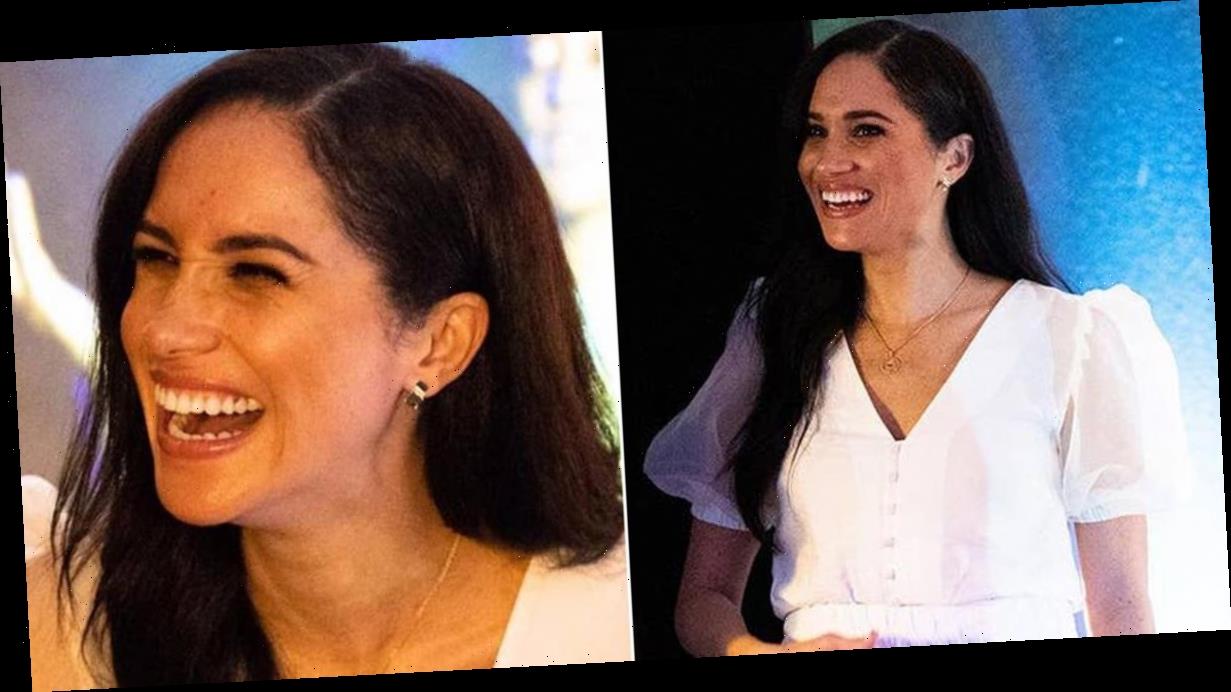 Meghan Markle made a secret appearance to National Theatre during her first day of her final royal tour.

On Thursday, the Duchess of Sussex attended the London arts venue on Thursday, and wore a top that costs just £29.

Prince Harry's wife wore a gorgeous white ensemble for her secret trip to the studio, selecting a blouse from high street store Topshop.

The ivory organza sleeve button through blouse is also available in black, pink and blue, but is currently only available in sizes six and eight on the retailer's website.

Her bargain shirt was tucked into a patterned white bodycon pencil skirt, with her look being completed by a small black handbag.

Meghan was all smiles as she greeted staff members at the theatre, posing in front of a hologram of singer Nubiya Brandon.

Hours after her secret solo appearance, Meghan stepped out with 35 year old Harry at their first public engagement since announcing they are stepping down from being 'senior' royals.

The Duke and Duchess of Sussex arrived at Mansion House for the Endeavour Fund Awards, which is supporting the recovery of wounded, injured and sick servicemen and women.

Meghan wore a stunning vibrant blue short-sleeved Victoria Beckham dress paired with a Stella McCartney navy clutch as she linked her arm onto her husband Harry, wearing her hair scraped back into a stylish long ponytail for the event.

Harry complimented his wife in a navy suit as the couple made their way into the building in the wet weather.

Harry has been back in the UK since last week, where he visited Abbey Road studios to record a single for the Invictus Games Foundation with Jon Bon Jovi. Meghan is believed to have arrived back in the UK on Wednesday.

They will both attend the Mountbatten Festival of Music at the Royal Albert Hall on Saturday before Meghan marks International Women's Day on Sunday.

Harry and Meghan will join The Queen and other members of the Royal family on Monday when they make their last official appearance as royals at the Commonwealth Day service at Westminster Abbey.

The couple, who wed in May 2018 and welcomes their son Archie 11 months after their nuptials, will no longer have an office at Buckingham Palace from April onwards.