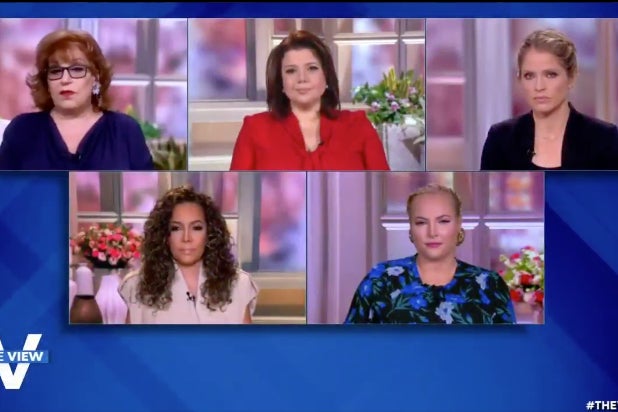 A conversation about Biden’s first 100 days in office took a dramatic turn on Friday’s episode of “The View,” when Meghan McCain attacked her co-hosts for their opinion on the criticism of the Biden Administration’s handling of the border crisis, arguing “that’s ridiculous!” in response to them blaming the border crisis on Republicans.

JOy Behar took issues with the GOP, stating “it was accurate that no Republicans spoke about it for four years and now all of a sudden they’re horrified by it.” McCain immediately went on the offensive and referenced Sen. Lindsey Graham, citing Behar’s hatred, before telling her that he’s “one of the biggest proponents of comprehensive immigration reform and they’ve been championing that for decades.”

“It wasn’t all Trumpism,” McCain continued. “And by the way, the deporter-in-chief was President Obama. I can’t — the idea that everything is just different in whatever days that President Biden … is just not intellectually honest.”

The comments came after another heated exchange between McCain and Sara Haines in which, following Haines’ lengthy explanation about her thoughts on Biden’s immigration reform plans, McCain sarcastically went off on her co-host.

“Immigration is really easy to criticize and a lot more complicated to fix,” Haines said. “It’s been a problem for many administrations. We’ve had a broken immigration policy.” She ended her statement by saying “there’s a lot of work to be done here, so I think we need to give them more than 54 days.”

“I”m sorry, the idea that you give the guy a break with children being held in jail-like facilities? The American public are not stupid people,” McCain argued, cutting into the conversation.

“I would rather have them held than being released back into countries where –” Haines started to respond, before McCain cut her off.

“I think that’s a stretch” said Haines while Behar chimed in, pointing out “no one is OK with that.”

Behar finally jokingly asked to cut the mics, while McCain also tried to end the conversation — albiet with a little more spite.