Meghan McCain may already know that fashion is not her forte, but Twitter surely won’t let her forget it, either. On the June 30 episode of “The View,” McCain stated that she’s “not a fashion person at all” before criticizing Dr. Jill Biden’s dress on the cover of Vogue magazine.

“I don’t love the dress she’s in. I would’ve loved to see her really fashioned up in an elegant gown or something more akin to what they did with Hillary Clinton on the cover when she was first lady. So, all of this is a miss for me,” McCain stated, per Primetimer. “First families are our royalty. She’s a symbol of what’s great about America. She’s almost a regal figure for me, Dr. Biden, so I would prefer if she’d be presented that way, as well.”

Per usual, viewers jumped on Twitter to express the entertainment the co-host’s comments brought them. Keep scrolling to learn what they had to say. 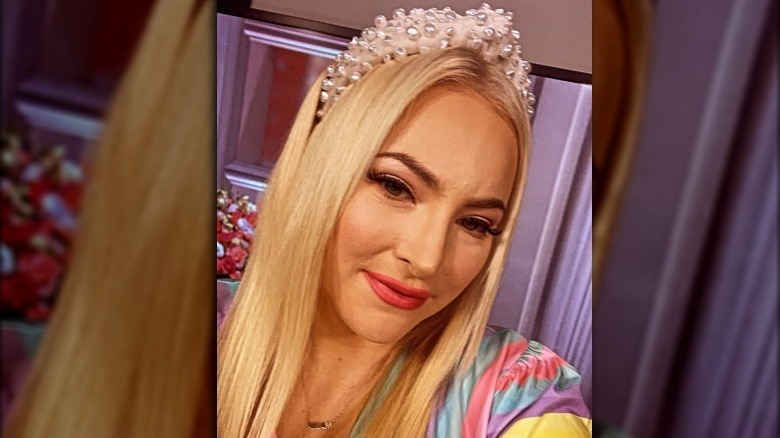 While Twitter is usually happy to disagree with Meghan McCain, people were ready to support her opinion that she’s no fashion guru.

“Meghan McCain: I’m not a fashion person. Everyone: really? You had us fooled,” one person sarcastically wrote with a screenshot of McCain on “The View.” Another person shared four different screenshots of McCain on “The View” and wrote, “This woman is complaining about Dr. Jill Biden’s dress on a magazine cover. This chick right HERE!!!!!!” A third amused person tweeted, “‘I don’t know anything about fashion…’ OBVIOUSLY!” in response to the mother of one’s remark.

More viewers used the moment to criticize McCain’s bedazzled head piece (seen above) that she donned on the panel talk show. “MEghan McQ doesn’t like Jill Biden’s dress on Vogue but I guess thinks her plastic beaded headband is haute couture?” one viewer wrote. “Who wore it better?” another person tweeted along with side-by-side pictures of McCain and a Barbie doll wearing a tiara.

This is not the first time McCain’s fashion choices have caused a stir. In February, she fired back at critics attacking her various hair styles, tweeting, “Can a b***h experiment with extensions and hair pieces? It’s the pandemic, I don’t have that much to entertain me anymore.”