Melbourne Airport has asked the state government for the right to block housing and other developments in areas affected by flight noise, as it fights to stop a Sydney Airport-style curfew being imposed on planes flying into Tullamarine.

But one planning expert says there are so many developments already approved but not yet built in suburbs affected by flight noise that a curfew is now inevitable within a decade. 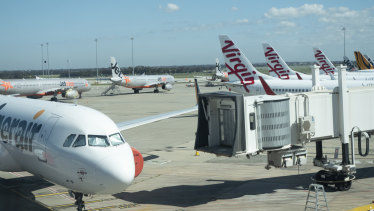 Melbourne Airport wants a specified “physical area of airport interest” defined as the boundary for where it can have a say on stopping developments not in its interests. Credit: Elke Meitzel

And residents who live in suburbs surrounding the airport say they, rather than property developers or federal and state governments, are already bearing the cost of safeguarding Tullamarine's curfew-free status.

Hearings commence on February 1 for the Melbourne Airport Environs Safeguarding Committee, a new process established by the Andrews government.

It is the first time in more than two decades the government has moved to curtail development in suburbs so affected by noise that a curfew may one day be needed.

Sydney Airport has an 11pm curfew to protect residents from flight noise. Before the coronavirus decimated air traffic, flights into Sydney that did not arrive by 11pm were regularly diverted to Melbourne.

Melbourne Airport has long complained that the first its planning team hears of housing proposals or plans for new industry beneath its flight paths is when projects are approved by councils or set in train by the state government.

Recent examples include government-owned land in Phillip Street, Dallas, in an area affected by airport noise that Planning Minister Richard Wynne in 2017 approved for housing development, and a 20-storey waste-to-energy facility planned in Craigieburn that could have affected flights.

The airport already receives about 20 noise complaints a month. Those who run it fear "the force and extent of complaints about aircraft noise and airport operations" from building approvals in areas surrounding Tullamarine could soon result in "the introduction of restrictions on airport operations”. 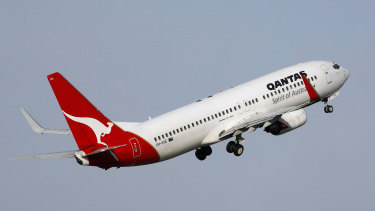 Keeping the airport’s curfew-free status has long been an article of faith for the airport and the state government.Credit:Paul Rovere

The airport has now put in a bid, via the new committee, that would give it the right to intervene in any development proposal it believed would one day result in complaints about noise or amenity from residents or landowners.

It wants to be formally recognised as a “referral authority” in the state’s planning laws – meaning anyone applying to develop land within a designated zone surrounding the airport would need the airport's support.

If they failed to get it, they would need to get approval from the state planning tribunal, or the planning minister.

Melbourne Airport asked the state for this power in 2003, but the request was rejected. Since then, the airport argues, “problematic off-airport [development] applications” have increased dramatically.

Melbourne Airport chief financial officer Grant Devonport said the airport had a responsibility under the federal Airports Act to protect its ongoing operation. Making the airport a referral authority would ensure it was "consulted right from the outset”.

The airport wants a specified “physical area of airport interest” defined as the boundary for where it can have a say on stopping developments not in its interests. It has not yet released a map of where it wants this area to be.

Several Victorian electricity and water companies already have powers to place conditions on planning applications, or in some instances reject them outright. 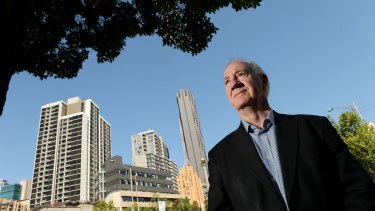 RMIT University professor emeritus Michael Buxton said it was outrageous so much housing had been approved in areas that would be affected by flight noise.Credit:Pat Scala

He said that while handing a private corporation the ability to influence planning decisions was not ideal, it was preferable to the airport finding out too late about projects.

Professor Buxton, an environment and planning expert, said it was outrageous so much housing had been approved by councils, the state planning tribunal and the Victorian government in areas that would be affected by flight noise.

“For 50 years, Victoria has had a stated policy that it will stop intensification of development around the airport,” he said. “And yet state governments have been rezoning land around the airport. Ultimately blame has to be sheeted home to the Victorian government – we know they haven’t done their job.”

Professor Buxton said it was preferable to maintain an airport with no curfew. "But it’s clearly not vital as so many other airports have curfews.”

Maintaining the airport’s curfew-free status has long been an article of faith for the airport and the Victorian government. Having no curfew benefits passengers because they are always guaranteed a landing slot, while airlines prefer 24-hour access as they do not have to factor in the risk of flying to another airport.

But Professor Buxton said so much development had been approved under and around existing flight paths a curfew was almost certain.

“I don’t see how the curfew-free status can last for more than a decade. Every new resident that comes in is affected by flight noise. The government can say, ‘You knew what you were in for.' But that’s a convenient argument that shifts responsibility to the individual when the moral responsibility is the state government’s.” 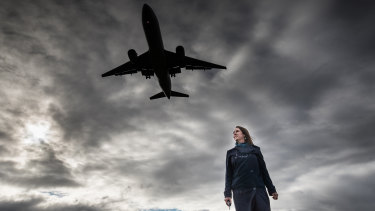 A spokeswoman for the acting Planning Minister said it was the state government's longstanding policy to keep Melbourne Airport curfew-free.

A local resident’s group argues noise problems are already out of control and will worsen when a planned new runway is built.

“You simply cannot design flight paths for that new north-south runway that aren’t going to have a devastating effect on communities,” Hannah Robertson from the Melbourne Airport Community Action Group said.

The group said residents, and not property developers or local authorities, were already bearing the cost of safeguarding the airport. Existing residents had to pay to soundproof their homes, and could not subdivide their land because of rules brought in for the airport.