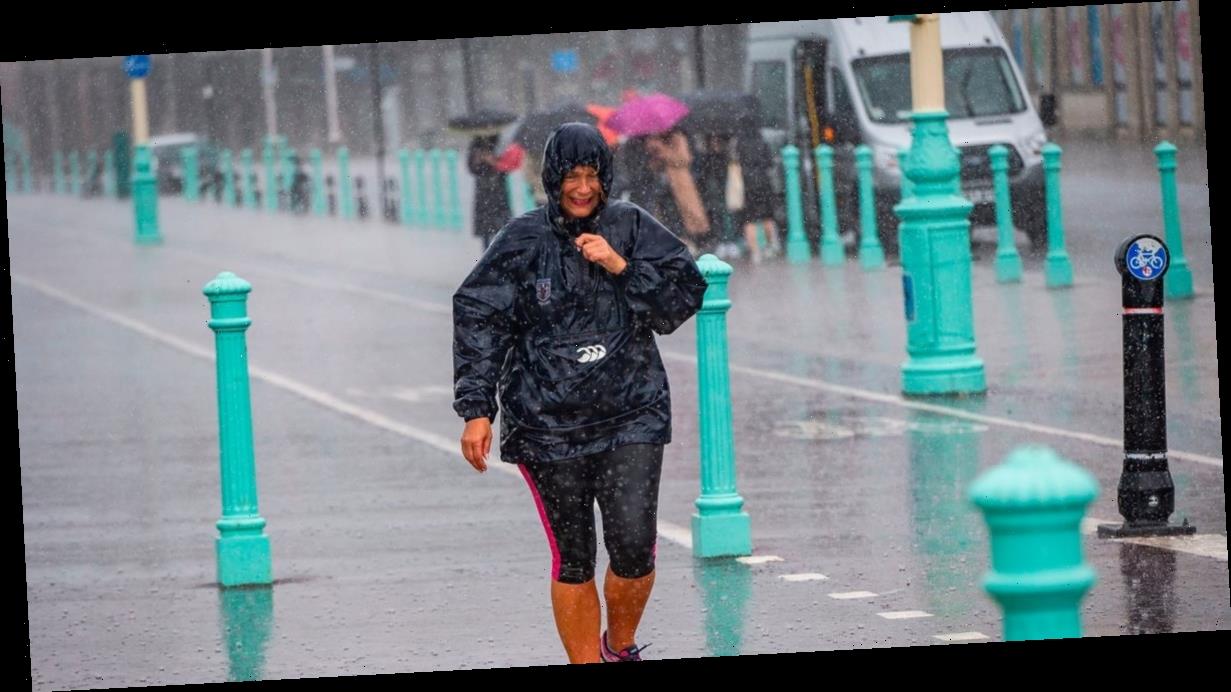 The Met Office has issued a severe weather warning for rain and flooding, with up to 30mm expected to fall in just eight hours in places.

The yellow warning for rain is in effect between 10am and 6pm today along the southern coast of England, meaning the afternoon commute could be disrupted.

Heavy bursts of rain are expected and there may be some localised flooding with ground already saturated from recent downpours during one of the wettest winters on record. The Met Office said: "Rain will become persistent, with some heavy bursts at times.

"Given saturated ground, this may lead to some localised flooding.

"The rain will slowly clear from the west later this afternoon and early evening."

The UK continues to experience one of its wettest, and warmest, winters on record.

Across December, January and February, the country was deluged with an average total of 469.7mm of rain, according to Met Office figures released this week.

Last month has already been confirmed as the wettest February on record, with an average of 209.1mm measured across the UK.

Britain was hit by three named storms – Ciara, Dennis and Jorge – in February, drenching cities and towns and leading to severe flooding in places such as Yorkshire, Wales and the Midlands.

John Curtin, Executive Director for Flood Risk Management at the Environment Agency said: “Record February rainfall and river levels have tested the nation’s flood defences; however we have been able to protect over 80,000 homes thanks to the action we have taken.

“Every flooded home is a personal tragedy, and with a changing climate we will need to become more resilient to flooding. I’d urge the public to be aware of their flood risk, sign up to flood warnings, and make a flood plan if they are at risk. “

February was a notably mild month for temperature, but not record breaking.