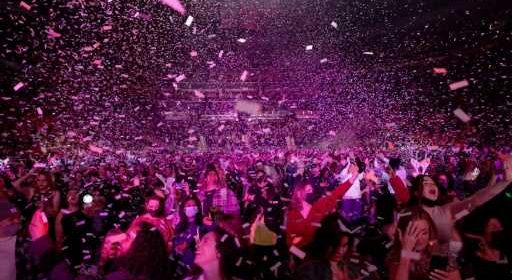 iHeartRadio’s final Jingle Ball concert, set for Sunday night in Miami, has been canceled due to the surging Omicron variant.

“Due to the increased transmission of the new Covid-19 variant and to further minimize any potential risks, as a precautionary measure and for the safety of our staff, talent and guests, we have made the decision to cancel tonight’s IHeartRadio Y100 Jingle Ball,” organizers tweeted Sunday.

Doja Cat, Megan Thee Stallion, Saweetie, Black Eyed Peas and Anitta were among the artists scheduled to perform at the Miami stop of the traveling, Christmas-themed pop show, although a handful of artists — including Doja Cat, Megan Thee Stallion and Jonas Brothers — recently dropped out of their remaining Jingle Ball appearances after either testing positive for Covid-19 or coming into close contact with someone who had.

Florida’s new Covid cases have doubled over the past week — and the state’s death toll has continued to climb — as the Omicron variant has spread throughout the U.S., forcing event cancellations stretching from Miami to Broadway and NBA and NHL games in-between.