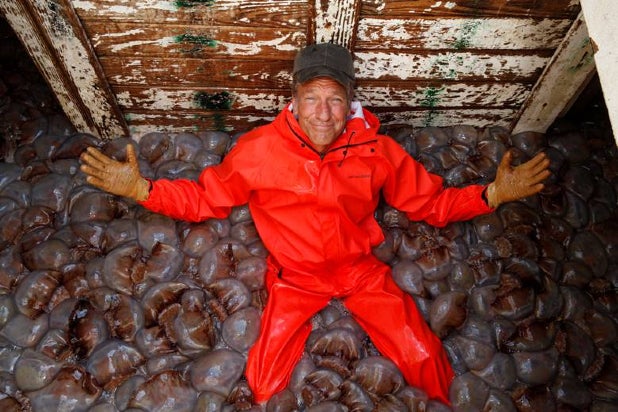 If it’s a dirty job, Mike Rowe is back to do it. Discovery is reviving fan-favorite series “Dirty Jobs” for Season 9, TheWrap has learned.

Rowe will again highlight America’s hardest-working men and women when the revival premieres later this year on Discovery.

“Every now and then, the headlines catch up to a TV show and make it relevant in ways that no one imagined. With essential work in the news, it’s impossible not to think of ‘Dirty Jobs,’ and for the last year, people have asked me every day if the show would make a comeback,” Rowe told TheWrap. “Today, I’m happy to say the answer is yes. In other words, just when I thought I was out, they sucked me back in!”

The upcoming season of “Dirty Jobs” finds Mike getting back to work and getting his hands dirtier than ever — heading deep in the southern bayous and high up in America’s remote Badlands, according to Discovery. The dirtier the job, the better, as Mike tackles each job with his typical candid, wry sense of humor.

Mike plans to lend a hand to those on the frontlines — protecting the nation from invasions, even if it involves glowing scorpions and giant iguanas. The series will also follow Mike as he helps protect Rocky Mountain motorists from cliffside tree disasters and joins first responders as they hone their abilities on the most life-like medial emergency dummies in the world.

Each episode will showcase the unsung heroes and the communities that rely on these essential jobs.

Today is Rowe’s 59th birthday. Happy Birthday, Mike — we all chipped in and got you a giant pile of jellyfish to stand in (pictured above). Enjoy.