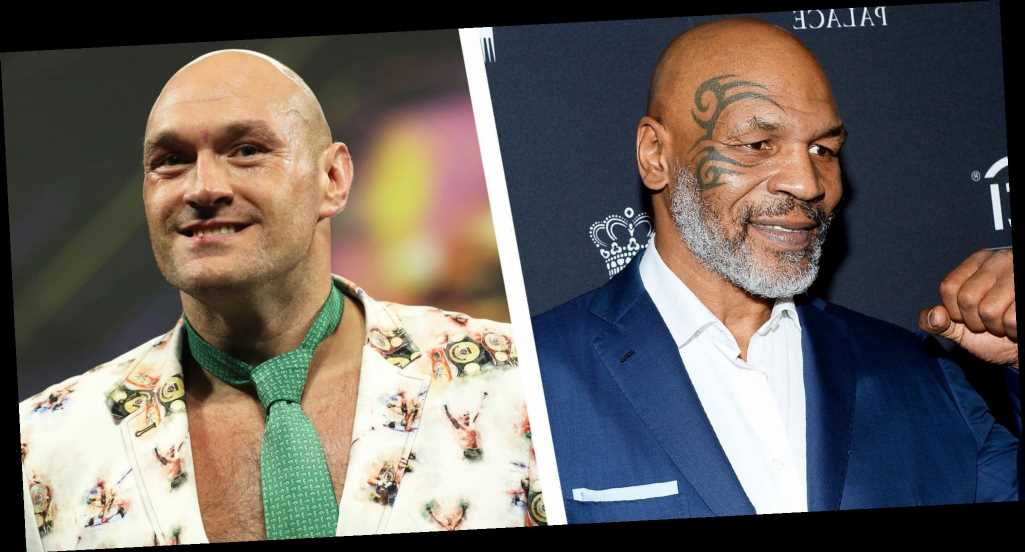 We know one thing for certain: at 53, Mike Tyson is angling toward a return to the boxing ring, and looks like he’s in as good shape as he ever has been. There have been rumors of $20 million matches with Wanderlei Silva, and rematches with old friends, but nothing at all seems set in stone. The latest rumor to make the rounds suggests that Tyson could take on a much younger opponent: Tyson Fury, the current WBO Heavyweight champion—who is actually named after Tyson himself.

“I had a phone call saying, ‘Would you like to fight Mike Tyson in an exhibition fight?’ I said, ‘Hell yeah,’ but I don’t think anything’s materialized out of it,” Fury said in an interview with BT Sport (h/t ESPN).

Tyson, who last fought in 2005, has spread the word quite rapidly that he’s getting back into fighting shape. Just a couple seconds watching a video posted to his Twitter account make it clear that even in his mid-50s, Iron Mike still has both power and agility on his side.

At 31, Fury is 22 years Tyson’s minor—even if Tyson is in superb shape, it wouldn’t exactly be a fair fight. But then again, that’s why it’s an exhibition for charity, and doesn’t really count for anything other than the fun of it. That’s why many think that Tyson’s best potential opponent should he continue his plan to return would be another rematch with Evander Holyfield, who is now 57.


Fury, when asked about that potential match-up, basically said that the two legends can do whatever they feel comfortable with. “They’re both old now, so they’re a bit long in the teeth, but then who am I to say anything about what anyone’s capable of?” Fury said in the same interview. “I wouldn’t try to kill anybody’s dreams of doing anything they want. If they’re both medically fit to fight, then let them do what they’ve got to do. It’s their life, not mine.”

As the Tyson situation continues to evolve, it will become clear—hopefully—what the 53-year-old boxing legend and former star of The Hangover has in his plans for the relatively near future.