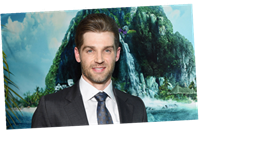 Mike Vogel (The Brave) has been tapped as the male lead opposite Sarah Shahi in Netflix’s eight-episode dramedy series Sex/Life. Additionally, Adam Demos (UnReal) and Margaret Odette (Boogie) also have been cast in the project, which has set an all female directing team for the series with Patricia Rozema (Mozart in the Jungle, Into the Forest), Jessika Borsiczky (What/If, UnREAL), Samira Radsi (Knightfall, Holiday Secrets) and Sheree Folkson (American Horror Story, Claws).

Written by Stacy Rukeyser inspired by BB Easton’s self-published memoir 44 Chapters About 4 Men, Sex/Life is the story of a love triangle between a woman, Billie Connelly (Shahi), her husband Cooper (Vogel), and her past which takes a deliciously steamy new look at female identity and desire.

Shahi’s Billie Connelly is a suburban mother of two who goes in search of that sexy, single girl in the city she used to be ten years ago. She takes a fantasy-charged trip down memory lane that sets her very married present on a collision course with her wild-child past.

Vogel’s Cooper Connelly is a family man – the All-American guy with a heart of gold and a skyrocketing career who’s given Billie the life she’s always dreamed of. But when Billie flirts with her wild, sex-filled past, he goes on his own journey to explore himself, his marriage and his fantasies. And for the first time in his life, he has more questions than answers.

Demos is Brad Simon, the heartbreak Billie never got over that rises from her past and turns her marriage and suburban life upside down. He’s a cool indie music mogul with a smile that can melt any woman and a heart that’s hard to hold. His biggest regret ever was letting Billie go, and after realizing she may feel the same, he’ll do whatever it takes to win back the love of his life.

Odette will play Sasha Snow, Billie’s ride-or-die and together, they unleashed their wildest, sexiest selves all over lower Manhattan – and all of its handsomest men. Unlike Billie, Sasha actually finished her PhD at Columbia, and is now a celebrated author and psychology professor at her alma mater. She’s still single, still fabulous, still queen of the Lower East Side — and still Billie’s go-to bestie.

Sex/Life reunites Rukeyser with Demos, who co-starred in Seasons 3 and 4 of the praised series. He is repped by Innovative Artists and Untitled Entertainment.

Vogel, who headlined NBC’s The Brave and CBS’ Under the Dome, co-stars in Blumhouse’s Fantasy Island horror feature reboot. He is repped by Gersh and GEF Entertainment.

Sex/Life is Odette’s first series regular role since graduating from NYU Tisch. She is currently performing in Revenge Song at The Geffen Playhouse and played the lead role of Hero in Kenny Leon’s production of Much Ado About Nothing last summer. She is repped by Innovative Artists and Inspire Entertainment.